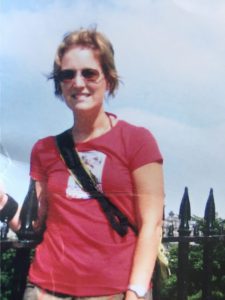 Creativity Empath Merge for CHLOE… because she’s a winner.

CHLOE’s prize is one of three. Hers comes first, since her contest entry showed an unusually clear understanding. (See her wonderful Comments  98-105.) 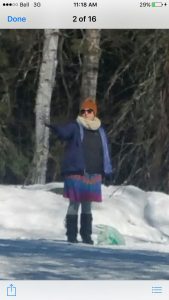 What is a Skilled Empath Merge? What isn’t it? Also, which kind of knowledge comes from comparison reading done in this way?

Two more prizes will be awarded, as promised. Each one will consist of Skilled Empath Merge about creativity, or “Creativity Empath Merge” for short. Today let’s explore how CHLOE’s creativity has evolved over the years, based in the two photos she has supplied in her contest entry.

Before then, let’s consider…

What Is Creativity, Anyhow?

As the Founder of Rosetree Energy Spirituality (RES), I don’t know all the answers. Which is why your personal self-authority matters so much, when reading this article and otherwise, too. That said…

Creativity means problem-solving, through speech and action. Maybe the “problem” is finding a way to express your vision of life. As in creative arts, like playing the accordion and writing great song parodies.

But glorifying creative arts as the only form of creativity leads to horrible consequences. As in underestimating your creativity. Or mixing up creativity with fame, or a wish to become famous.

You’ll see which parts of an aura I’ll be comparing in order to research creativity. (And to learn more about these “Chakra databanks” and “Skilled Empath Merge,” or the easy-to-learn system of Empath Empowerment® , just click on the links just provided.)

This chakra databank impacts creativity… why? Because we’re mortal. Creatively we humans express through physical reality.

Meanwhile, not much flow of creativity is possible. Not when a great deal of STUFF this blocks a person’s connection to human life itself. (Of course, we have a motto about RES Energy HEALING sessions: STUFF can always, always, always be healed.)

35 Feet. Functioning well, with a vibrant connection to life. Also a definite commitment to being human!

CHLOE, by now you have taken The New Strong Workshop, right?

This chakra databank impacts creativity… why? Because creative speech and action require energy. How will that energy flow?

Rambunctious, full of verve and zest, zing and swing. CHLOE is enjoying life now. Which includes making the most out of life. Feeling a surge of energy when she makes good choices for herself.

This chakra databank impacts creativity… why? Because those who speak the truth enjoy the purest results from their creativity. By contrast, lack of verbal integrity distorts creativity.

2 inches. “Tell people what they want to hear. That’s how to get along.”

28 feet. Courage has become a way of life.

How delightful, this habit of straightforward speech.

Any creative activity CHLOE chooses can flow through her now. Of course, skills help. Attempting to sculpt marble, as Michelangelo did, may not quite be appropriate. Not until there is knowledge of how to use a chisel. 😉

But the spunk to gain skills is thriving. Wonderfully!

Right Palm Chakra Databank for Coordination Between Thought and Action

This chakra databank impacts creativity… why? Since there’s many a slip ‘twixt the cup and the lip. Also between a creative impulse, harnessing relevant skills, and the execution of that first burst of creativity.

18 feet. (First chakra databank from this photograph with a symbolic size in the normal range!)

CHLOE just keeps at it, whatever she’s doing. Once she’s begun a task, she diligently plods her way through.

In this chakra databank, as in others I’ve read at the time of this photo, it’s as though, oops! CHLOE hasn’t been raised to feel (or even recognize) her inner spark. Let alone ask herself, “What would be fun for me?” Or “What would be an interesting way to solve this problem?”

Incidentally, questions like thise can help anybody to start using more creativity.

24 feet. CHLOE has been honoring her soul, and beautifully establishing this way of life as a habit.

Naturally she follows through on whatever she has chosen to do.

This chakra databank for executing her desires is working beautifully.

This chakra databank impacts creativity… why? Living in a way that honors your soul will make it easier for you to do anything you wish. Including creative speech and actions.

27 feet. Large side of normal, this functioning, but oh what a mess!

By this time in her life, it appears that this good but creatively stifled has found a solution. Which one? Use some kind of substance — alcohol, weed, whatever?

Some serious STUFF (that can later be healed, of course) has her running for thrills… by using whatever would be the substance of choice. Only then does she feel authentic. Only then, does she let herself go towards happiness: What she wants. Versus what would look good to others.

The quality of this chakra databank supplements what I know from working with clients. Substances offer fake promises. She seems to express her soul while high. Really, though, while high she expresses her chemical of choice.

Oh, so understandable! Yet so hard!

25 feet, and glowing with Divine presence.

CHLOE makes her own human-type choices. For herself. Thank you, Life!

This isn’t something I would write lightly. Only noted because, to me, it is true:

CHLOE, you’re well on her way to Age of Awakening Enlightenment.

As for creativity, of course it can flow beautifully now.

Practical recommendation about creativity? It’s yours, ready to use. Picture a gift MINUS the gift wrap, because all you need do is select on the outside what you’ll support with all that goodness you’ve got on the inside.

Unsure of which activities to pursue? Write down a bunch of research items and give yourself a session of Soul Thrill® Aura Research.