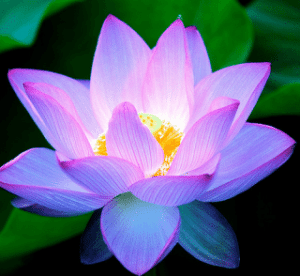 AJ Awakens Enlightenment …. After that, what changes? Are you curious?

AJ awakens Enlightenment. Age of Awakening Enlightenment! So what’s that like for him? This post can add to your collection of teaching stories.

And if you’re aiming for spiritual Enlightenment, couldn’t you use some stories?

Because how ridiculous is this? If you’ve watched TV and streaming entertainment and movies at all…

Hey, soon AJ will be saying, and that’s as it should be. Giving you more of an idea what happened with “AJ Awakens Enlightenment.”

Being a fairly irrepressible Enlightenment Coach, howver, I’ll add a bit more at the end of this blog post. But, for now, let’s just enjoy AJ’s wonderful story.

Really, what has changed for me since I moved into Enlightenment?

That’s a good question. Here are my first answers, describing what it’s like for me so far, living in Age of Awakening Enlightenment.

Why? Because consciousness is still focused on human-level vibrations. In Comment #16 of Awakening Enlightenment Now! For AJ,  ZOFIA wrote: “I suspect I dont really identify with a Divine level just yet, and maybe dont want to!”

The good news is that I feel mostly the same I as I did before moving into Enlightenment. Rose explains that I’m 90% A.J. and 10% Divine.

Silence was the biggest surprise.

Throughout my life, I’ve always had a lot of mental chatter. Why silence now? I think it has to do with having less STUFF in my aura.

After the February Workshop, “Empath Empowerment® for a Stronger Sense of Self,” I started to to notice little moments of silence during my Technique Time.

While doing my morning spiritual practice, for about 5-10 seconds, I noticed something newI had no thoughts, emotions, or physical sensations, just a straight connection between me and God.

Now that I’ve moved into Enlightenment, I’ve been able to enjoy these precious moments with God for as long as I like (as long as I keep my Technique Time to 20 minutes!)

I’ve started to notice my physical environment a lot more.

The other day, I noticed how some electrical wiring was constructed in my apartment’s stairwell. Appreciating how much skill and creativity the electrician put into creating this simple lighting system.

I realize this sounds a little weird, but everyday human things are becoming that much sweeter.

AJ’s Next Plan as He Awakens Enlightenment Even More

So what’s coming up next?

I plan on continuing sessions with Rose and attending her “Gaining Wealth as a Life Sport Workshop” in August.

A Few Thoughts from His Grateful Enlightenment Coach

Traditional Enlightenment has been revered for centuries. Which is not the case with Age of Awakening Enlightenment. Yet both kinds are real, important, have value. And… both really do count as Enlightenment. Very clear, based on research done with Stage Three Energetic Literacy!

Really, I long for the day when all Enlightenment Coaches have at least Stage Three Energetic Literacy.

Of course, I’ve still got loads of teaching and writing to do, explaining more. Meanwhile, from my perspective, AJ has done a beautiful job of describing some of the most important components of Age of Awakening Enlightenment. Thanks for sharing this beautiful story, AJ!