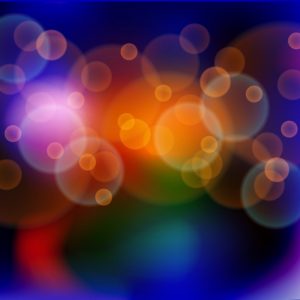 Creative Living — isn’t that the purpose of your “creativity”? Fortunately, each of us is loaded with creativity. Life demands it of us. Along with the rest that we need for quality of life, we pursue creative living through:

Blog-Buddies, which of these six versions of creative living do you relate to most?

Or does some other aspect of creative living stand out for you these days? Do tell!

Creative Living Emerges as a Theme in Exploring Creativity

Second Prize to our Creativity Contest goes to creatively named “ANONYMOUS ANTEATER.” Highlighting his or her lovely entry about Albert Einstein in Comments 82-94.

The photo selected for Skilled Empath Merge was taken in 1915. You realize, that’s a bit more than 100 years ago! Einstein is the guy on the right.

If you’re not sure yet what it means when I do Skilled Empath Merge, please take a look at another blog post in this series, where I awarded Third Prize for this Creativity Contest. Yeah, CHLOE! And now…

This chakra databank impacts creativity… why? Because we’re mortal. Creatively we humans express through physical reality.

Swappable intelligence. Yet with default ways of being that can open up to exploration.

This chakra databank impacts creativity… why? Because creative speech and action require energy. How will that energy flow for Einstein?

This chakra databank impacts creativity… why? Because those who speak the truth enjoy the purest results from their creativity. By contrast, lack of verbal integrity distorts creativity.

Symbolic Size: 84 feet, including a hiccup.

Quality: Einstein’s inclination is not to give a hoot about verbal integrity. By the time of this photo, he’s pretty fed up with authority figures and the rules they enforce.

Hence, the hiccup I noticed right at the start.

But Einstein has gotten over that rebellious phase. Instead of boring truth-telling, he’s discovered something rather magical.

When he enters the area of mathematical theory, and especially theoretical physics, what is truth then? Everything!

Picture a chalkboard covered with scribbled equations. Quite frenzy of inspiration! That’s what it means, by now, for Albert Einstein to speak up with integrity.

Right Palm Chakra Databank for Coordination Between Thought and Action

This chakra databank impacts creativity… why? Since there’s many a slip ‘twixt the cup and the lip. And you can’t prevent that slip just by holding tight to a violin. 😉

Symbolic Size: 90 miles. Overfunctioning, yet he needs every bit of that.

Quality: Einstein’s thoughts aren’t constrained by physical reality here on Planet Earth. Such as a term you may know from “The New Strong“: Human Vibrational Frequencies.

Regardless, to make e’s theoretical bursts of thought effective in the world, what’s needed. A mighty coordination, indeed! Intellectual and spiritual power strong enough to help E move up and down, vibrationally. Seems like he does a form of juggling.

Are there Olympics for that kind of coordination? Maybe. Perhaps in the form of companies that we have today like Tesla, Inc., Microsoft, Apple, and other innovative companies that, so far, fly under mainstream frequencies for radar.

This chakra databank impacts creativity… why? Because living in a way that honors your soul makes it easier for you. Easier to do anything you wish. Including creative speech and actions.

Quality: Granted, I don’t know the man with whom Einstein is posing. Or the occasion. Yet I suspect this is related to recognition for the physicist’s work.

Because the joy in this chakra databank reminds me of Klezmer music. (In case you’re not familiar with it, here’s a link.) (Also, here a pretty unusual Klezmer YouTube, featuring an A-List violinist.)

It’s a proudly mocking form of music, part triumph and part “Shame on you — whoever you are — because I’m going to live my way anyway.”  Such a Jewish version of the Blues!

Qualities in this chakra databank suggest something highly unusual about Einstein’s reality. He comes to live in two worlds, alternating in patterns beyond his control

Einstein has learned how to catch his creative ideas. How to keep stuffing the back into reality. How to make a difference.

We can’t all be Einsteins. Only one mortal has been given that form of creative living.

Yet each of us can play beautiful music in life. Neither requiring physics smarts or the ability to properly tune the G string on a violin. Living in such a way that we find our own joy, helping others, we can contribute to creative living.

We can. Might I add? Living now, we must.