Melania Trump Aura. Does It Proclaim Her Great Love of Motherhood? Really? 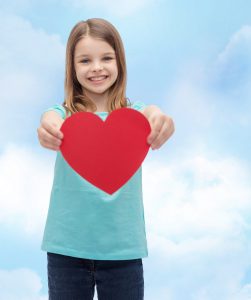 Melania Trump Aura: Is she really a high achiever at motherhood? Let’s research, shall we?

Melania Trump Aura — right away, be it noted, I am not a fan of her as a person. Or as a first lady.

But even if I were a fan, I’d be suspicious. Because here’s a small sampling of articles about her:

Seems like a PR campaign to me. How about you?

Presumably, you’re supposed to relate to this angle: Are you human enough to have sex organs, just like Melania Trump? Automatically, then, you’ll believe in these Mom-flavored media stories. 😉

Probably I’d better get this next part off my chest, too.

Which reason has First Lady Melania Trump given? Why has she refused so far to move to Washington, D.C.?

Because it’s so very important, allegedly, to protect the precious little son she has with Donald Trump. Darling little Barron. Allegedly it’s so vital for him to stay in school.

Guess that being well-adjusted matters a lot to these parents, whose home has been decorated by Midas…

Hence the part I don’t get: Melania really relishes her role as Mom, and so she’s separating her child from his biological father? A father to whom she is currently supposed to be married?

First of all, in this aura reading, I’ll use the system of Aura Reading Through All Your Senses®.

Which requires letting go of my… (Can you guess?) (Very strong) opinions about Melania Trump. In order to research her aura, I’ll proceed one chakra databank at a time.

Consequently, I’ll choose one Melania Trump Aura Photo to read, because every photograph is an aura photograph. This photo was released just two hours ago. (At least when I started spending the hours to write this blog post.)

Why choose this chakra databank? Because some people live in a dream world. Yet other people live in a gold-plated dream world, etc. Either way, every mother has a default habit for making contact with human life. Quite clearly, this will impact her mothering.

First I’ll research a Divine-level gift of Melania’s soul, at this chakra databank. Describing her potential for connecting to physical reality.

The gift: Sensuous, in the manner of a purring cat. Sweet!

Next I’ll proceed to research astral-level parts of each chakra databank. Chunks of aura chosen specifically for this aura reading. Aiming to shed light on her way of relating to motherhood.

Next, a Technical Note for Consciousness Nerds

Some of you Blog-Buddies may be familiar with a technical term, “Extreme Spiritual Addiction.”

This suggests that a person’s aura is mostly outsourced to a group of astral beings. On YouTube, you can find zesty versions of this energy pattern in my aura readings of President Donald Trump and also Vice-President Mike Pence.

Sadly, I’ve flagged this in Melania Trump as well. Simply put, she’s not exactly running her life. Rather it’s a kind of collaboration, mostly run by astral beings. Granted her particular set isn’t nearly as intense as the ones who run Trump and Pence.

Nonetheless, that more mild version of astral connection doesn’t mean that she’s doing well.  Except for getting to have an interesting experiment. Like many famous and rich people today!

Besides that, in other ways, too, Mrs. Trump is not doing too well. Which shows right from the first chakra databank….

More on this Chakra Databank about Connecting to Human-Level Reality

Overall Quality: “I’ve got to keep myself thin.”

Oh yes, we’ve seen that before. Ever read any of my blog posts about “The Anorexic Ideal“?

Some models and actresses are naturally skinny. Others pay a very big price. Evidently, Melania Trump is one of the folks whose aura screams “Feed me.”

Small extra note: I do suspect some substance use helps Melania Trump to function tranquilly. But I’ve got no further comment there.

Summarizing so far? Barely there, that’s Melania Trump. Due to one thing. And another. And maybe another.

Personally, I think one of the secrets of motherhood is to tell people the truth. Therefore, I’m including this chakra databank.

Quality: Locked down. Think “Under lock and key.”

Mostly I admire Melania Trump’s strong will. Besides that, I’m starting to feel really, really sorry for her…

Until I remember her power as First Lady, and then I care more about the damage she can do.

How great was your mother at giving to you emotionally? In a balanced way? Lucky you, if your responses have just been enthusiastically positive!

Quality: Closed off. Angrily closed off. As if nobody can ever give enough to her to make up for what has happened to her. So why would she be able to give emotionally to anyone?

Of course, Melania’s Heart Chakra contains 50 databanks. True of every adult. Especially relevant: How can professional aura readers (not within RES, other ones, such as psychics) — how can they not read chakra databanks?

Honestly, why would “Emotional Giving” automatically show the same results as “Emotional Receiving”?

No wonder I recommend that anyone who reads auras get skills. Get the level of skill where you can research chakra databanks. “Heart Chakra OPEN” OR “Heart Chakra CLOSED.” That kind of aura reading is so outdated.

Living now, in The Age of Awakening, hello! Everyone is energy sensitive who wants to be. So we can gain great skills for aura reading, too.

Inciting people, like her son, to give her more. Then to give her even more. Ultimately, maybe, eventually, theoretically… Melania Trump will receive enough to stop mostly-hating you.

Interesting, in a mother! Speaking of which…

Emotional Connection to Her Son Barron

In which case, this databank will be important. Especially important for this particular Melania Trump Aura Reading.

Quality: Shocking to me, actually. Wholly unlike her other chakra databanks is this combo of dependence, rage, and all-around emotional intensity. A veritable kitchen sink of screaming need!

Emotional Connection to Her Husband Donald

Surely I’m not the only one who’s curious…

Quality: A slick, greasy way of relating to her husband, almost entirely a fantasy. A fantasy that she doesn’t entirely believe. But she’ll see it through.

In conclusion, what’s Melania’s emotional connection to her rather unusual husband? Evidently she decided long ago how she would always relate. And she’s not budging. Not with her exceptional willpower!

According to this chakra databank:

Donald is a valiant hero.

She, alone, can love him and redeem him.

Elderly Flowers. Lessons from My Garden
Energy Spirituality Trademarks — What You Never Knew Before. Newsletter Alert!