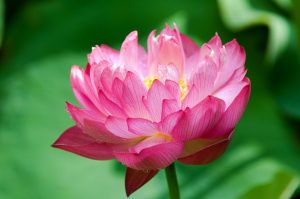 Soon after starting our Energy Spirituality Session #8, what happened? We set an intention. Began to co-create with a Divine Being. So routine!!!

Next, I did the usual Skilled Empath Merge. Well, hello!

Seemed like that to me. I was pretty sure.

Note, see what I just did there? I sneaked in the name of our New Enlightenment Life Listie. You see, she’s a bit shy about me doing this. Nevertheless willing, just to uplift our blog community.

Trust me here. Quite possibly, this is the last person in the world who would want to brag about being a new Enlightenment person.

Personally, I kept that saying in mind when I did a YouTube interview about Enlightenment. One that lasted at least 2 1/2 hours. For Rick Archer’s website, Buddha at the Gas Pump. By contrast, there’s something so lovely about Lindsey and her nearly British degree of diffidence.

Question: Do You Think I Just Guess about Enlightenment?

Question: Do You Think I “Get a Hit,” Like a Psychic?

Question: Do You Think I Just Know?

No and no and no. Of course.

Writing this blog as the Founder of Energy Spirituality. This isn’t just some hobby, you know. Nor do I teach psychic development, where people get hits. With Energy Spirituality Skills, I do my level best around rigor, integrity, not playing games with the sacred.

Enlightenment Validation Is a Real Thing

And if you’re ever my client in session…

I’ll use that very same Enlightenment Validation Procedure on you! (Unless a find a better one. In which case I’ll use that.)

Plus my client and I will interact. For instance, I’ll ask if there was a particular moment. What Maharishi used to call a “Gradual Click.” As in:

STUDENT: When somebody moves into Enlightenment, is it gradual? Like taking a while.

So true, in my experience, personally and as an Enlightenment Coach.

Validation is important during such a session. During the information exchange, I’ll also have some news for the client about Enlightenment. Hey, that’s part of the fun of coaching!

My Perspective, as an Enlightenment Coach

I can tell when a client or student is drawing closer. But I don’t guess. Also I don’t presume. Instead I do my due diligence of research.

Lindsey is definitely a New Enlightenment Life Listie. And I aim to place her on my various lists, like this one, tomorrow.

Work time is over for today.

But I wanted to be sure to tell all in this blog community. Tell you just enough, since Lindsey is a private person about this.

Most Important, Perhaps, about Lindsey Moving into Enlightenment

She could easily have moved into Traditional Enlightenment. Possibly she even has had a few advance peeks.

Now it has settled in.

I’m so grateful. Such a privilege to be her “Enlightenment Coach”! Especially when I could easily, so easily, imagine a different lifetime when she would be the one coaching me.