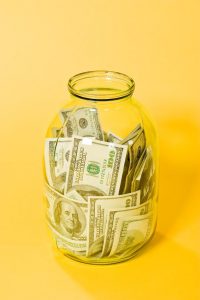 Let’s not forget the fun and surprises, plus indulging your curiosity about a variety of role models for success.

NOTE ADDED 12-7-19: In recent years, my work has received more of “the sincerest form of flattery.” Psychics have been publishing my work on the top 10 Magnetize Money chakra databanks. Then they go on to give advice on how to improve them. Advice that you may not find impressive if you read “Magnetize Money with Energetic Literacy.”

So Here’s the Real Deal

Today I’ll introduce you to my the Magnetize Money Chakra Databanks.

Joke. No actual money will be delivered to you via Whispernet. But I will be supplying Money Happy Profiles. Three different blog posts for the official contest winners. Inspirations all.

And then Money Happy Profiles of some of the other nominees. I just can’t resist. Because they’re kind of shady characters. Who wouldn’t be curious if they could learn about what’s truly going on in that person’s aura? And subconscious mind, too!

Reading Auras Today Demands that You Can Read Chakra Databanks

Some of you may be new to the whole notion of reading auras all the way down to the level of chakra databanks.

At the opposite extreme, some of you already know about that every chakra contains 50 chakra databanks. Loads more, too! You may already know a great deal about Energy Spirituality.

In fact, you may even know that I wrote an entire book dedicated to success. Well, I stuffed that how-to with aura-level profiles. Chakra databank profiles related to making money! (Plus a lot of practical ways to build more success into your aura and into your life.)

That how-to book is “Magnetize Money with Energetic Literacy: 10 Secrets for Success and Prosperity in the Third Millennium.”

What if you’re familiar with both chakra databanks and that book? Wow! You know a lot about the relationship between success and what’s happening with a person’s aura. (And also how this connects up with spiritual evolution.)

Well, I’ve got a treat for you — whether newbies or not. It’s a video you’ve never seen before. Because I’m making it live just today. In this video, I explain my approach to helping people gain more financial success. You’ll see it at the end of today’s post.

And now, on to learning about the chakra databanks I’ll be researching. Adapted with author’s permission — hey, that’s me — from “Magnetize Money with Energetic Literacy.”

Blog-Buddies, when you’re using energetic literacy to investigate anyone’s relationship to money, read one of the following chakra databanks at a time.

Of course, any Making Money Profile shows just temporary information. How an individual’s doing at the time of the photo that I’ll use for doing research.

All of us can evolve, improve, go “sideways,” etc. Up to us, right?

Yes, you have a talent for earning money, a way that is most effortless and natural for you.

STUFF in this chakra databank can act as a deterrent to receiving the fruits of your actions.

Bet you can see the relationship between how this chakra databank is doing and… a person’s income-earning ability.

A gift for accumulating wealth! Of course you have that deep down. Therefore, you have no need to force yourself to manufacture talent for doing this. Your particular knack has been part of you since the day you were born.

Unfortunately, what if you are carrying STUFF like guilt over having “too much money”? That won’t help your bottom line.

The consequence of money-repelling STUFF, especially in these Top 10 Databanks, can attract patterns of self-sabotage until the problem has been cleaned up.

Personally, I’d recommend sessions of RES Energy HEALING. Not dreamboarding until your eyes glaze over. Astral dreaming is not how to develop a Happy Money Lifestyle.

First impressions do count. Where in the aura would you look first to discover the first impression that you give to others — especially while in the process of making money?

Lookee here, at this chakra databank!

No matter how sophisticated and detailed your aura reading, this chakra databank remains your best quick way to read first impressions that you automatically give to any potential customer, boss, etc.

Some people, like Rhonda Byrne, have talent for appearing charming, forceful, etc. This can be useful for selling oneself.

Others, like Bill Gates, dont excel at this form of selling, so they wont project anything special. Consequently, people may feel the lack of oomph. So they’re more likely to respond to what the person is really like, whatever shows in the previous chakra databank.

Profiling business superstars and shysters, I often find a major talent for projecting something special, making this chakra databank an especially amusing one to research.

Yes, its true. Confidence begets confidence, a positive spiral that will benefit anyone unless STUFF is distorting your natural gift at this chakra databank.

Later in this Magnetize Money Program, Ill be helping you to upgrade your true self-confidence. So please dont worry if confidence isnt that strong for you yet.

I have helped other people to gain an authentic and strong self-confidence. We can definitely team up through this Magnetize Money Program to help you build confidence.

When you were a kid, did you ever play the board game called Candy Land? Even in that sugar-coated world, you can draw a bad card and… Consequently, you’ll suffer a setback.

When playing Candy Land, theres not much you can do. Except to turn sore loser, pick up the game board, and hurl it at your opponent. (Sadly, this isnt in the official rules. But, speaking from personal experience, who cares? Being a kid has got to give you some leeway.)

In real-life business transactions, when bad things happen, you can fight back. In fact you had better. This part of your aura reveals you at your best when under duress. How do you use personal power to get what you deserve?

Except often, alas, this databank reveals crippling amounts of STUFF… Or pungent quantities of icky.

Thanks to Daniel Golemans bestselling book, Emotional Intelligence: Why It Can Matter More Than IQ, most of us have heard about Emotional IQ. Business success will increase if we can educate ourselves about human emotions.

Or so they say.

Actually, energetic literacy suggests that everyone possesses at least one gift for emotional intelligence. Right at this chakra databank. But will a person’s STUFF outweigh the gift? Thats what we can investigate, one Money Happy Profile at a time.

Speak up for yourself, won’t you? For greatest success, you’ll use your talent for communication.

What is that talent, anyway? And could it be a wee bit stuck?

No amount of career success or money can satisfy all human needs. Most of us, at least, need community. Also creativity, intimacy, sex. And it wouldn’t hurt to develop a keen sense of self in the world.

Getting a life is not optional, not for this chakra databank, anyway.

Granted, a person is sometimes bedazzled by an ideal, ambition, or belief system. Consequently the quirky, very individual, human part is forgotten.

How can you tell if such a thing has been happening to you? Perspective wont come from within most belief systems for success and prosperity. Energetic literacy to the rescue!

Of course, you have a direct pipeline to That. And it’s your personal pipeline, your gift of the soul.

When STUFF clogs this chakra databank, life is diminished.

No lamenting, though. STUFF can be removed. Beyond that, contact with the Divine can become as simple or complicated as you wish it to be.

As an Enlightenment Coach, I can help you with that, if you’re interested. Although maybe you’ve already doing beautifully.

What If You Wish to Heal Your Chakra Databanks?

Great integrity on their part? Maybe not. 😉

Long story short, I can definitely help you to get these chakra databanks working better. That’s why the book below is for.

Powerfully helping you to make more money. Gain more success and prosperity. And use more of your full potential in life.

If you want to send it as a link, that would be https://www.youtube.com/watch?v=oJhFZfPINW0.