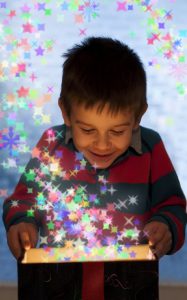 Walt Disney’s Aura — Thanks to how he used the talents there, Disney still brings us wonder.

Walt Disney’s aura must have been something! His success is undeniable. But back in the day, who had the aura reading skills to tell?

I’m curious, especially, about any characteristics that signalled his entrepreneurial talent. Because the man wasn’t just one of the pioneer cartooners.

Have You Been to His House?

Although deceased, the man still has homes in California, Florida, France, and Japan. Rather large homes, bustling with rides.

Can you count all the times, as a kid, you sprawled on your belly in front of the TV? Watching watch cartoons with Mickey and all that gang.

Or you went out to see movies like “Pinnochio” (my first movie, ever) to “The Lion King” to “Frozen.” In a way, when you’ve watched movies like these, you were in his own living room, practically friends with that Walter Disney.

Thank you, JULIE. She’s the winner of our Money Happy Contest.

In her entry, she wrote:

Id like to nominate Walt Disney, the creator of so many cartoon characters and animated films. Id be fascinated to learn about his relationship with money. And how someone with so much imagination was able to successfully navigate the business world.

He pioneered his own ideas and was a self-made man. He went from standing with his little sister outside the gates of a local amusement park. Unable to afford to go in. To creating his  own amusement park, Disneyland.

Im impressed by the long arc of innovation in his career. And how he didnt rest on past achievements. Even after he was very famous. He continued to take risks. To bankroll new projects. (Some that were widely predicted to failuntil they were huge successes).

Making money matters a lot, evidently. Hello! You’ll find that a lot in survivors of the Depression.

One of the details I remember from reading a biography of Disney: For dinner, he’d eat beans straight out of a can.

What isn’t common for members of Walt Disney’s cohort? The determination.

This chakra databank has a kind of premise: Fierce, controlled, well-hidden determination to make money.

Evidently Walt Disney does care about saving money, and tries his best.

But this chakra databank also reveals a sense of disappointment. And mild trepidation. As if he’s suffered financial losses along the way and expects them to inevitably happen again.

Analytical intelligence. Exceptional focus. Structures projects, then works really hard on each one.

By the time of this photograph Walt Disney has learned how to lay down some charm. It’s like a cross between Cary Grant and Everyman.

Simply a kind of costume….

Too busy working and accomplishing to care very much about confidence.

Either you get the job done or you don’t. Walt Disney works really, really hard. And he gets the job done (whether feeling comfortable or not).

He finds it hard enough to work with other people. Or manage them. Or negotiate with them. Scar tissue in this chakra databank suggests that Walt Disney has learned to do all of this competently. But this sure isn’t what he loves.

And I doubt he would have made his fortune at this. Rather he has learned to handle conflict in order to support his creative vision.

The man isn’t about emotions. He may create products that move people’s emotions, or entertains.

Reminds me of something I’ve read. How the most skilled comedians don’t really laugh at jokes. Not by they time they become real professionals.

Walt Disney knows how to present himself appropriately. Plus, as shown in one of the previous databanks, he has learned a bit about how to turn on the charm.

Surprisingly, this very adult, hard-working man possesses a childlike love of life. The human spills and thrills, the tastes and smells, the raucous adventure of everyday life.

Really, what shows in ths chakra databank reminds me of the photo I chose to share with you at the top of this post.

Unlike what I might have expected. Not that I make it a habit to expect a thing before reading auras. But still!

Walt Disney does have a beautiful, graced connection to God. Perhaps, though, he also feels like one of God’s less favored children. Someone who doesn’t get much attention and must do things for himself.

Some of the STUFF in this chakra databank seems to come from times when a younger Walt Disney suffered a lot. Maybe prayed for outcomes, for help. And later, not receiving that help, took it personally.

Do I find some sort of resentment of God? No, not even disappointment. Instead, there’s a sense, “I’ll have to do things on my own. No expecting miracles for me!”

I’m so moved by the aura of this man of vision. Hardworking and decent. Talented but not the least bit puffed up.

Yes, I’m inspired. How about you, Blog-Buddies?