Dick Bolles HELP. (Useful for You?) 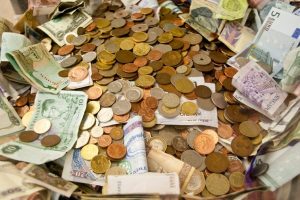 Dick Bolles Help. The late career counselor offered help to the masses with his bestselling “What Color Is Your Parachute?” Can help like that really bring you success?

The question was raised by GILLIAN, who nominated Bolles for our recent Money Happy Contest.

Im curious about him because the Parachute system he developed was very attractive to me for a long time. (Though it never worked for me, lol!)

But very briefly, Bolles believed that when people identify their natural talents and match them with smart job seeking, they can land up in positions that really use their inherent skills. He referred to it as ones calling.

What Id like to know is how rooted in reality he was personally.

The template he designed was a beautiful but very idealistic way of approaching money and career.

Thing is, it didnt work for me. (And probably not for lots of others, either.) But Bolles himself did very well out of it, selling millions of copies of his book!

Dick Bolles Help. A Parachute Taking You Where?

Blog-Buddies, once upon a time I tried reading Bolles’ how-to book also. No help for me there. But, really, which career counselor or book could have told me? “Become the Founder of Rosetree Energy Spirituality (RES).”

Was influenced by Harvard University, where he graduated.

So, GILLIAN, that does suggest a certain spiritual bent to his work. Right?

He does seem like a sweet guy! Here’s a link to some bio. There you’ll also find the Aura Photo of Dick Bolles that I’ll be using for tomorrow’s blog post. Meaning, an official Gaining Wealth Checkup by reading his Money-Making Chakra Databanks.

Today, I’m opening up a thread about your own experiences of seeking help from Bolles’ bestselling book. Or other career counseling books.

And do you think that it’s really possible to sit with the famous man’s book and find your own dream career?

What about Soul Thrill Aura Research?

Has that practical kind of aura research made a difference for your career choices?

Blog-Buddies, I’ll lead off with some comments. Eagerly awaiting yours!

Autism Hope. Asperger’s Hope. Energy Spirituality Skills for the Bold.
Dick Bolles AURA. Was He More Than a Dreamer?