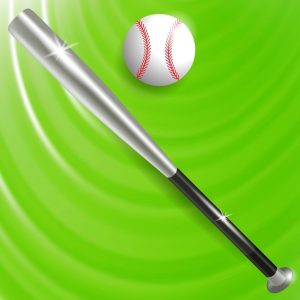 Joe DiMaggio’s Grace. Exceptional for athletic grace, how did he manage being human? Towards understanding, let’s do a comparison aura reading.

“The Symbol of American Grace.”  That’s the first thing you’ll see at the website dedicated to him. And then you can continue to read about his 13 years with the New York Yankees.

Or you could bunt over to Wikipedia for extra photos and more details. (Including a bit about anti-immigrant prejudice towards Joltin’ Joe’s parents. Honestly, when is my country going to grow up?) More upliftingly, in 1941,  Joe DiMaggio held the Major League Baseball record with a streak of 56 consecutive games.

What really got me interested in Joe DiMaggio’s grace? Once again, I’m inspired by Sarah Kaufman’s book, “The Art of Grace.” Eloquently she drew attention to a poignant contrast in his life, the graceful athleticism versus the social awkwardness. Yes, he had a 57-game batting streak. Yes, he also was a bit of a klutz with fans. And even with his wife.

Blog-Buddies, did you know that he was married to Marilyn Monroe? Yep, at the height of her fame.

But did you also know that he loved her but sometimes couldn’t speak to her? Their marriage lasted just nine months.

When divorced he insisted on taking charge of her funeral. And talk about romantic gestures: Sending red roses to her crypt, year after year. And yet, he couldn’t talk to his wife, Marilyn….

So here are links to the photographs I will compare and contrast. One chakra databank at a time.

First, graceful Joe, The Athlete. (Here’s a link to the source for this aura picture.)

Second, Joe, The Man. He’s pictured with Marilyn Monroe in 1953. They married the year later. (And here’s a link to that photo source.)

Joe DiMaggio’s consciousness expands while he’s playing ball. (Hey, that’s what talent is, folks. When you add skills and luck, there’s an amazing sight like the one captured in this photograph.

What kind of consciousness expansion? Seems to me, DiMaggio experiences a three-fold awareness:

Seems like “Life is a sexual fantasy of excitement, thrill, and incredible fulfillment.” While he’s with Marilyn Monroe in this moment, everything about physical life has been sexually charged.

Holding her hand, as he does in this photo, he’s practically having a “hand-gasm.” 😉

#2. Joe DiMaggio’s Grace. Root Chakra Databank for Awareness of Myself While with Others

Joe DiMaggio doesn’t need to pay attention to himself. At the time of the photo he’s transcending his personal self. (Other than using the body as described in the previous chakra databank.)

40 feet. The large side of normal for Joe DiMaggio’s aura at this time.

He’s golden. The giver of pleasure. A greater lover than he is a baseball player.

Not arrogance here! Maybe you’ve felt something similar, Blog-Buddies. Being in love, when the relationship has a strong component of special magic… It can make a person feel almost godlike.

#3. Joe DiMaggio’s Grace. Root Chakra Databank for Awareness of Other People in the Room

Other people don’t matter any more than his own human identity. Not at this moment.

Of course, Blog-Buddies, I’m sure you know this. When reading the “business end” of a chakra databank, it’s ever changing.

That’s why we can do a comparison reading. And why there was far more to Joe DiMaggio than showed in these two pictures, or the seven chakra databanks selected for me to research for you.

Could it be? I just have a hunch that the human being of great interest to Joe in this room is a certain person named Marilyn.

Seriously, she’s imbued with a godlike charisma and sexual power — the perfect compliment to his own.

Watching Joe DiMaggio hit that baseball? That could amplify sex drive for many a spectator.

But for the man himself, he wasn’t involved in his human life. Not exactly. See the aforementioned three points about the exquisite, even celestial, quality to Joe DiMaggio’s awareness when playing baseball.

Evidently Joe DiMaggio is pretty darned compatible with Marilyn sexually, because… Well, you can put this one into words for yourself, no doubt.

He plays this game for love.

Which emotions go through Joe DiMaggio at this moment?

Surrender to the beauty of the moment. Bringing love. Curiosity. Gratitude. Bliss. And also the detachment of transcendence.

Oh, so in love! Marilyn Monroe is a fantasy woman of perfection, femininity, sexual allure, and every possible quality that Joe could find in a woman.

No wonder he couldn’t talk to her, Blog-Buddies! From time to time, I’ve helped clients in sessions of RES Energy HEALING, and a big factor has been “Love with a Fantasy.”

How well do you think that can work, over time? How humanly workable can such a connection be? Especially long-term!

40 feet. Within his range of normal functioning at this time.

When Joe DiMaggio is in the Zone, like this, he’s eloquent. In a way, he’s communicating with the baseball.

In professional baseball, every skilled pitch turns the baseball into a “stranger,” right?

Feeling fully resourceful when communicating withe the baseball, this fluidity spills over into this chakra databank. In this moment, Joe DiMaggio could speak to human strangers with equal effectiveness.

Why would Joe DiMaggio possibly want to connect with a lesser mortal. Compared to Marilyn Monroe? You kidding?

If I might make another observation, drawing on my experience with clients. Such as when using the skill called 12 Steps to Cut Cords of Attachment®.

How unusual do you think it is that a person who doesn’t communicate well with other people yet. (I say “yet” because we have a motto in RES, “STUFF can always, always, always be healed.)

How unusual is it that the person has all-or-nothing relationships?

And how unusual to fall in love with a fantasy, rather than a flesh-and-blood mortal human?

All I wrote about Joe DiMaggio’s aura in this photo, describing that Chakra Databank #6. That goes double here. Even literally, with the symbolic size of the databank!

Oh, so tender and sweet!

Seems to me, here is a breakthrough relationship for Joe DiMaggio. In his adult life, he has never been so close to anybody.

Oh, he’s at the beginner stage.  The skill level of communication goes like this:

When in a good mood, as shown in this photo… the feelin’ could be contagious.

At the time of this photo, Joe DiMaggio doesn’t have a foundation of communication skill for a close relationship. By comparison, it’s as if he didn’t quite know how to hold a baseball bat, let alone swing it.

It’s all so very human, isn’t it? Even one of the greatest and most graceful American athletes of all time…

Hey, that’s why I call this place, “Earth School.” Like a sports stadium where the game invites us to gain very personal points about growth, spiritually and emotionally, socially and ethically.

From what I’ve seen here, Joe DiMaggio sure did that.