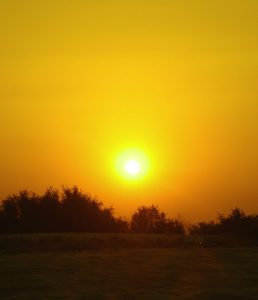 Blog-Buddies, I’ve got big news for those of you who have been improving your lives. Thanks to sessions of Rosetree Energy Spirituality (RES). And, especially, sessions of RES Energy HEALING.

Information about two leading-edge RES skills for helping clients like you. Helping you grow emotionally and spiritually. Using skills that work effectively in The Age of Awakening.

Specifically I’m announcing two skill sets that I’ve used for years. Only today I’m naming them properly and even applying for trademarks. Yes, Rose gets to have more correspondence… With one of America’s most important government agencies: The U.S. Patent and Trademark Office (USPTO)

For example, over at Google, how many hits can you find today on Empath Empowerment? I just found 339,000. But if you start looking at what folks offer under that name, you won’t find anyone offering Empath Empowerment®… except for the person who teaches the real deal.

Basically, all my trademarks protect YOU. And newbies to RES who don’t yet know that “Empath Empowerment®” isn’t some “whatever” way of helping empaths.

Can you guess which one? It’s Vibrational Re-Positioning®.

This moves out a causational form of STUFF called “Energetic Sub-Routines.” You can read about them in down-to-earth aura readings in this how-to book for making more money.

Today, you Blog-Buddies can be among the first to discover…

You’re first to know, along with Trademark Examiners at the USPTO. And yes, along with clients over the years. Clients who have received one or both of these Healing Centerpieces during their sessions.

Causational STUFF? What Is That

Blog-Buddies, you already know about STUFF. In RES books and sessions, what does STUFF mean? Stored energies, stuck in a person’s aura, causing problems.

Here’s an article about 21 Kinds of STUFF. Just to clarify for you that there’s way more to RES Energy HEALING than one kind of STUFF, like cords of attachment.

By contrast, Causational STUFF is like grime inside your DNA.

Meaning potentially big results for RES clients like you. 🙂

Technically, this is considered “Spiritual counseling to help a client during personal sessions,” using a particular method worth defining and protecting as intellectual property.

In more normal language, it’s an advanced skill set. Used in sessions of RES Energy HEALING. For the purpose of removing old patterns that have been with you for your entire life. Buried so deeply within your subconscious mind and aura that they impact causation.

Specifically, these are Causational Agreements.

After Agreement removal, the RES Practitioner facilitates replacing that old Agreement with something better. Hence the term “Transformation.”

Understanding Agreements from a Spiritual Perspective

You’ve always had Causational Agreements aplenty. Ever since you made your Life Contract on the other side. When you agreed to various things during this incarnation. Many of which turn out to be distinctly not helpful now.

Co-creating with Divine help, I help a client to understand and transform these awful Causational Agreements.

Facilitating this Healing Centerpiece requires advanced skills of energetic literacy. Plus discernment about when it’s appropriate to change a Causational Agreement.

As always, the RES session facilitator selects the Healing Centerpiece. The skill set is taught, currently, as a form of post-graduate mentoring for RES Practitioners.

Technically, this second skill is considered “Spiritual counseling to help a client during personal sessions.” In this case, using a different method worth defining and protecting as intellectual property.

In more normal language, it’s an advanced skill set for transforming the deepest kinds of belief.

Beliefs exist at innumerable levels of life. Including:

Very human, all these beliefs. Even beliefs ABOUT religion and spirituality. And, yes, RES sessions can remove STUFF about all of them. But none of that STUFF would count as Causational Beliefs.

Contrasting with these other beliefs, Causational Beliefs are not available for conscious notice. Not unless the session facilitator uses advanced skills of Energetic Literacy.

Because Causational Beliefs are stored at one of the finest levels within the subconscious mind.

(Some day I would like to map the deep structures I’ve located within the subconscious mind. But first I need to know more. That much I know! RES discoveries emerge beautifully now, and there’s no end in sight.)

With this RES Energy HEALING Centerpiece, a client has a golden opportunity to transform deeply held beliefs.

Amazing but true! Causational BELIEF Transformation is a systematic skill set that does just that.

Facilitating this Healing Centerpiece requires advanced skills of energetic literacy. Plus discernment about when it’s appropriate to change a Causational Belief. And what is really involved in a belief that might not seem terribly harmful — but is.

As always, the RES session facilitator selects the Healing Centerpiece. The skill set is taught, currently, as a form of post-graduate mentoring for RES Practitioners.

Blog-Buddies, Here’s what what happened in Gladys’ session with this Healing Centerpiece.

Her intention was “To trust that my friends will like me.”

Which Healing Centerpiece did I select? You guessed it, Blog-Buddies.

Highlights of this session were transforming these Causational Beliefs:

Causational Beliefs Can Be Partly True, But Mostly False

Without going into too much technical detail, let’s consider that second causational belief. The underlying quality of Causational Belief #2 was shame. As if saying “The Wrong Thing” were unique to Gladys. And it could lead to dire consequences.

Communication in everyday life could be compared to archery. We’re lucky indeed when we hit a bull’s eye.

But what’s so terrible about saying “The Wrong Thing”? When it happens constantly.

That was a problem. An unnecessary problem. A problem quickly remedied.

Gladys told me that because she believed she could say the wrong thing, what happened?

“When I identified a situation where I thought I had done so, I would be miserable. Even long after the conversation was over.”

What Changed After Causational Belief Transformation

Here’s what Gladys reported after her session:

I noticed a difference the very next day. I was speaking to a friend. And it felt so much easier to just speak spontaneously.

I’ve noticed less self-consciousness speaking to friends and also to strangers. Also, I’ve also noticed more discernment available to me. Where I notice that perhaps I might not want to be friends with some people…

Further, that day, I found a moment when I had not been “perfect” with my speech. But instead of beating myself up about it — as I normally would have — it just was not a big deal anymore!

Such is the power of Causational Belief Transformation.