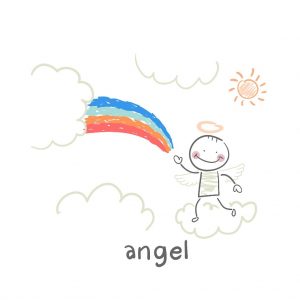 Della Reese. She played an angel on TV. What spiritual inspiration will we find in her very human aura?

Della Reese has died at age 86. First of all, I’ve got to say how I loved this performer.

Therefore, today I’ll honor her with the deepest kind of aura reading I know how to do. A Skilled Empath Merge.

Second, what did I find in my newspaper this morning? Except for her obit… One depressing story after another. Maybe some kind of record.

Perhaps, by contrast, today’s energetic profile of Rev. Reese can bring us much needed inspiration.

In case you’re not familiar with her work,  this gospel singer was ordained as a minister. Through the Universal Foundation for Better Living. Most notably, to me, Reese starred in “Touched by an Angel.”

Ever see that TV show? One of my all-time favorites. Broadcast for nine years, ending in 2003.

Together they would be sent to earth to help a human caught up in problems. Eventually, Roma would visibly start to glow. (Beautifully backlit.) Next, as I remember it, Roma’s character would say this:

“I am an angel, sent by God.” Following that, she’d speak more. Bringing words of unfailing inspiration, wisdom, and love.

At which point, just as predictably, my eyes would squirt like lawn sprinklers. Tears of relief, seeing the curtain lifted on Earth School’s illusions. Those tough illusions which make this world such a great place for growing. Still, some days it’s a little much, isn’t it?

And not just on that TV show. Having turned pro as a gospel singer by age 12, Della Reese touched the lives of millions.

But speaking of her role in “Touched by an Angel”… Every episode, wow! How this actress would bring compassion for her human charges. To quote an interviewer from National Public Radio, “No one played the down to earth, worldly mother figure like Della Reese.”

Down to earth, yet angelic. No wonder I always loved to watch Della Reese. Here’s a recording of her singing the show’s theme song, “Walk with You.”

Leading to the question that empaths can answer better than anyone else. (Except, maybe, identical twins.) What was it like to be her?

Today’s Skilled Empath Merge gives some clues. (New to the idea of healthy empath merges? Skip to the end of this post for background on Empath Empowerment®.)

First Though, My Favorite Anecdote

Seems to me, this is the most telling story about Della Reese. Plucked from her obituary in today’s Washington Post:

I was a troubadour, she later told the Chicago Tribune, and Id sing whatever I saw, whatever I knew. Mr. Jones is a mean man, and he hits his wife and she cries. Or Mrs. Brown was at the store, and she was buying pork chops, and she was kissing the butcher. Finally my mother had to nail up the window.

Golly! Sure wish I could have taught that truth singer how to read auras!

Anyhow, here’s the photo I’ll be using for this Skilled Empath Merge.

Believes in every fiber of her being that this is God’s world. For that reason, Della Reese enjoys this world thoroughly.

“Seek and ye shall find”? She insists on finding wonders.

Maybe this is why her experience of life reads “young and in the prime of life.” Not 86 years old.

As you may know, Blog-Buddies, this chakra databank concerns ethics. Doing what is right. Even if nobody else happens to be watching you at the time.

By the time of this photo, Della Reese has been a celebrity for 74 years. Often a pretty big-time celebrity.

Gospel singer. A Reverend. One who publicly bears witness to religious faith. Perhaps it isn’t surprising. Seems to me, that sense of religious celebrity has trickled all the way… down into this chakra databank. Among others.

Della Reese has developed the habit of “being a good example to others.” Could be, by this stage in her life… Her spiritual role matters more to her than simply, spontaneously doing what is right.

A celebrity for so many years, with never a major scandal! Maybe Della Reese needed to constantly remember, “Other people are watching.”

Hey, whether she consciously needed to remember this or not. Evidently, she lived that way. Normal as breathing.

42 feet. Not over-functioning for this large-auraed woman. Just on the large side of normal.

Loving people is what Della Reese does. Consequently, she keeps on learning about people. About life. About compassion.

No fakey-fake love here. No card-carrying Christian trying hard. Based on what I’m experiencing here, Della Reese has talent for loving people. Talent as large as her singing and acting and her religious ministry.

Della Reese Throat Chakra Databank for Communicating to Help Others

Yes, Blog-Buddies. All of develop chakra databanks based on how we live. And which choices we make.

It’s a beautiful thing about Della Reese… that she would have such a chakra databank. Well, let me tell you about it.

90 miles. Maybe not over-functioning. Since this is a publicity shot. Thus, it’s more a reflection of what Della Reese does as a performer.

Della Reese has totally surrendered to her God-given gift. No wonder she communicates with a pure intent to help others.

At the end of this article, here’s one more lovely quote from the deeply humble celebrity:

My mom scrubbed floors. My dad poured steel. I had no formal training, just a gift from God. Ive been blessed.

Joyfully and strongly connected to God. Used to living that.

Definitely inspiring me this time. And, I hope, you. If you’re a born empath, I can teach you how to do Skilled Empath Merge.

An empath has at least one significant gift for directly experiencing what it is like to be another person.

Curious to learn more? Check out How Many Types of Empath Are There? Which Are You?

Then choose to start learning. I’d especially recommend Book #1 in the series for empaths.

For more free resources, here is a link to our Top 10 Posts on Being an Empath.

And you might wish to take my online workshops to train empaths. Starting with this Free Intro to Empath Empowerment®.

Remember, every empath is born with lifelong talent. Unfortunately, not with skills. These you must get for yourself. Choose wisely!