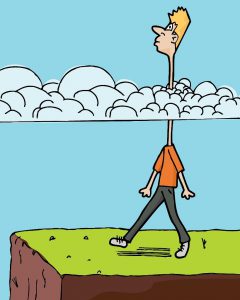 John Robbins Aura Reading. Exploring, is it too animal-ey for this sweet idealist to keep his head out of the clouds?

Prominent Vegan! Aura-wise, how well have these three super-prominent vegans been doing?

Thanks to Blog-Buddy STEVE, we’ve got three new candidates to research. Perhaps at a season where some people are very specifically requesting Christmas gifts to support: Their vegan lifestyle. Or their passion for eating raw. Or a new resolve to eat vegetarian. Any lifestyle change that seems to proclaim “Virtue!”

For years, I’ve been following up with aura reading requests at this post.

Since a fresh trio of researchable vegans is here, let’s splurge. Give each one a whole blog post!

Before we get to these prominent vegans, though…

Unquestionably it’s beautiful when people pursue their ideals. Including through how they deal with eating. Such an inescapable human need!

With our three influential vegans, today, what needs to be said? Before I explore the aura of a single one: Admiration.

Diet is hard for most humans, one way or another. Furthermore, these three opinion-makers don’t just come up with theories. Clearly, they follow through.

So what’s my goal in this aura reading thread? To provide context that seems to be missing. Eating is not just a sort of ideology. Because choices in life do have consequences for spiritual evolution, emotional growth, and plenty more.

Have you ever had a session of Soul Thrill® Energy Research? Then you know this to be true.

Context for Veganism and “Going Raw”

Sometimes folks choose unusual diets just for a cleanse. Choosing to forego animal products as a kind of fast.

I’ve never researched how well this short-term regimen suits a person. Surely it would be a very individual aura study. (And guess what I’d recommend before doing any fast longer than one or two days? Soul Thrill Aura Research!)

Seems to me, pursuing an extreme diet long term? That’s a different matter entirely. Promulgating any extreme diet as The solution for America. Veganism, for instance, as the ultimate way for everybody to eat.

And that’s where today’s three Vegan Celebrities stand. Both personally and professionally. So let’s start researching.

Robbins is the The founder of EarthSave International. And author of the Pulitzer Prize-nominated book, Diet For A New America. Published in 1987. He persuasively advocated for a vegan diet.

By now, how has his experiment worked? Personally worked, as in John Robbins’ own aura.

Let’s use a much more recent photo to get a sense of this courageous man’s aura. John Roberts’ photo shows in a course offered in 2017. So possibly this photograph captures 40 years of vegan consequences.

My heart went out to John’s son, Ocean Robbins. You can see him at this website. Furthering his fathers work, delivering a passionate message.

From an aura perspective, John Robbins isn’t making contact with objective reality. Not in a human way.

Apart from his barely-there way of being human, it does seem as if Mr. Robbins is enjoying a natural high. As if random energy awareness fills up the space where most of this chakra databank might otherwise function.

Evidently Robbins feels light and free. Floating around in his “human” life. Lacking the sort of heaviness he may find — and despise — in others.

The “physical” quality of this chakra databank isn’t human at all. Rather, it’s astral.

Seems to me that John Robbins may feel very healthy indeed. But it’s a quality that comes from identifying with astral beings rather than human beings.

John Robbins feels so very light and free. Akin to a saint beholding the sad sinners. Not feeling superior, though. More like sorrowful.

Why doesn’t everyone follow his guidance? Then they could all be light and free.

On his own, John feels so blissful, I doubt if he’d even recognize problems, personally.

Accordingly, here’s a hypothetical question: What if others brought problems to him, seeking solutions?

The stoned-out quality of this chakra databank suggests that John Robbins would very quickly find a brilliant solution. Even without checking to learn much about the trivial, human-type details.

“And it’s all so easy.” Blog-Buddies, I could hear that, word-for-word, when researching this chakra databank.

A common slogan for a true believer. Or a shyster. Perhaps a cult leader. Just about any lifestyle that depends upon ignoring reality.

Interpreting reality, for sure, one could find: “And it’s all totally easy.” But refusing to make contact with the genuine article, real life.

Here’s John in his glory. Feeling wondrously connected to Spirit. “Reading Energies” is more comfortable for John than any other chakra databank I’ve read so far.

Personally, I’d say this is because he has surrendered so fully to spiritual addiction.

John Robbins doesn’t know what he’s missing. The “burden” of paying attention to his human life.

Seems to me, he doesn’t miss one bit what he’s no longer knowing.

Here’s where the rubber meets the road, as it were.

In that stumpy, shut-down version of this chakra databank, no true presence of God exists. Nor significant  spiritual growth.

Rather, he’s entranced by an astral version of the Divine. Like a charm on a charm bracelet.

To him, a credible stand-in for God. Such is John Robbin’s intoxication by The Romance of the Astral. Or so it seems to me.

‘Tis the season to be jolly. Also ’tis a season where idealists among us (self included) seek greater goodness.

Perfection in diet may be tempting.

Well, in this Part 1 of 3 articles, I’m not terribly impressed so far. Are you?