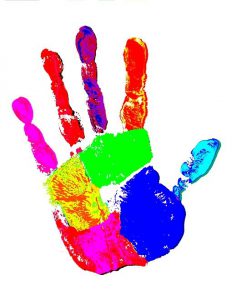 Awakening Age Anniversary 5. Yes, five years ago the Age of Faith ended on earth. Know it or not — and most of us didn’t — what happened? Humanity began to live in the Age of Awakening.

Since then, what’s different for you?

Much has changed since Dec. 21, 2012. Provided you understood this one basic thing:

The psychic barrier left forever. Giving a new vibrational freedom to everyone on earth.

Making this a great day to open up your copy of “The New Strong.” Reread at will.

What if you haven’t read this book yet? Today would be a dazzling day to start.

Celebrate, Even If Others Remain Clueless

How will you celebrate Awakening Age Anniversary 5? Perhaps you might give a copy of “The New Strong” to a friend. Somebody who’s slowly moving away from favorite trends of the New Age Years. (1980-12/21/12)

A smart person you know who’s way too smart to miss out. Millions keep following The Old Rules for success. Whereas they could just as easily follow The New Rules in this Age of Awakening.

And millions have tasted spiritual awakening. Yet have no clue about what to do with it.

Why, exactly, haven’t more people noticed? Especially since there was so much media coverage for the entire year preceding the Shift.

Later, after The Age of Awakening actually began…. Buh-Bye went all the media coverage.

Really, I don’t understand why more people haven’t gotten it yet. For me the biggest shocker came this year. When I received my author’s copies of “The New Strong.” As published by JAICO, a major and highly respected Indian publisher.

Inspired to see the gorgeous cover, I turned to the back. Where JAICO’s editors had created their own way of describing my book. A very interesting way. Including this statement:

“Vanquish negative vibes from your surroundings and live consciously.”

An interesting concept, for sure. Instantly recognizable as a New Age cliche.

Opposite — exactly the opposite — of the message in “The New Strong.”

So yes. I’ve definitely had occasion to ponder this mystery. Why have so many people been so resistant to acknowledging in this Age of Awakening?

Search me… Maybe you have some ideas… Anyway…

Awakening Age Anniversary 5. Celebrating As the Founder of RES!

Big growth for those of you who have been paying attention to The Age of Awakening.  The most dramatic example is what happened right after I offered The New Strong Workshop in person, for the first time.

Within a few months, four course participants moved into Enlightenment.

In general, there’s been a lot of consciousness wake-up among RES book readers, workshop participants, and Blog-Buddies.

Also exciting: Since 12-21-12, many of you have done Name Alignment® Aura Research. Greatly accelerating your spiritual evolution. And the funny thing is, I have a really hard time remembering your original names. They were just so extremely unhelpful, not at all suited to a lively soul expression. While those new names are super-easy to remember.

Discoveries within RES have been similarly easy. Such as the five brand-new in-person workshops I’m preparing for 2018.

Like all these new trademarked skill sets. About as hard to figure out as watching butter melt on a hot sweet potato.

When the website redesign goes live, you can read more about all of them. Incidentally, aiming for January 8, 2018 as the launch date.

So much to celebrate when it comes to my personal life, as well.

None of this flashy! None of it astral-flashy. (As in The Romance of the Astral.)

In 2017 I even learned how to walk heel-to-toe. Rather than plonking down the top half of each foot. Barely touching down at the heel at all.

I remember reading about Merlin, from the days of King Arthur. Ascended Master Merlin, as I think of him. According to legend, he was born old and grew younger over the years.

Inspires me, since I was born such a space-case. Unlike many New Agers who believe “earth’s vibrations are rising” or the goal of life is to prepare to live in higher dimensions… And differently from certain Christians who keep wishing for a “Rapture”…

I believe that my planet is here to stay. For a long time to come. And I’m here to help make earth’s future good.

Fortunately, over the years, I really have learned a great deal about living in a human-type body. Living here on earth. Relating to this world as someone who’s identifiably and wholeheartedly human.

Please, share your own stories of growth over the past five years. I know that so many of you have so much to share.

It’s my privilege to serve as a teacher and helper to you. And to keep on evolving along with you.