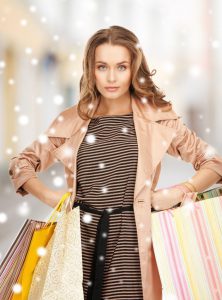 Astral Romance Undercover. Because “The Romance of the Astral” is losing ground five years into The Age of Awakening.

Astral Romance Undercover. That’s another change, five years into The Age of Awakening. A big-deal, surprisingly not-talked-about anniversary. Celebrated on this blog, at any rate. Quite recently!

Today I’ll summarize “The Romance of the Astral.” Then brief you about a trend I’ve been noticing: Astral Romance Undercover.

First of all, what do I mean by the term, “The Romance of the Astral?

A tendency to prefer astral-anything. Versus “boring old human.”

This astral romance became a problem between 1980 to 12-21-12. The New Age Years! When the veil, or psychic barrier, was thinning. Faster and faster. Exponentially!

Maybe that’s when YOU became energy sensitive, Blog-Buddies. Some of us managed this before. But the big reveal for millions happened during those New Age Years.

By now, everybody who wishes to be energy sensitive… is! However, The Romance of the Astral may have peaked.

Maybe you’ve noticed people who’ve fallen love with the astral. Limiting their life in so many ways. Such as:

But when was the last time somebody has bragged to you how “Angels always find me a parking space”? Or telling you something like this in great triumph? “Archangel Mikey” told me which supplement to buy at the store so I could lose 20 pounds.”

What else happened to those who participated in The Great Astral Experiment, 1980-2012?

The more they pushed Law of Attraction… The worse they did financially.

Perhaps books like “The New Strong“ and “Use Your Power of Command“ have helped to clarify: Astral beings are not Divine Beings.

For instance, Archangels do not pick out a person’s food supplements. But folks sure have claimed that, under the influence of The Romance of The Astral. Such as a story from the premier New Age angel expert, Doreen Virtue. Recounted in her book, “Goddesses and Angels.”

Truth be told, Divine Beings have bigger things to do than consult on demand. Simply because a human wants to go shopping.

As the founder of Rosetree Energy Spirituality (RES), working with clients, hello! I’m aware of three new trends. Emerging and likely to replace The Romance of the Astral.

Publishers tell me that New Age Books aren’t selling. Instead, the fad is for Health and Nutrition.

In case you’ve wondered, “Why does Rose do free aura readings about food extremists?” That’s why they’re definitely a part of my blog.

You see, there’s good reason to take requests for public vegans and raw food enthusiasts. Although I’ve yet to find any long-term enthusiast who is functioning well aurically. Such as the latest, one. About the sweetly idealistic John Robbins.

Still, it’s fascinating. How many people have stopped taking advice from astral beings. But then put their bodies in charge as “My Source of Wisdom. My path of Spiritual Awakening.

Have some of you Blog-Buddies tried that path? Did it work well for you?

How about noticing friends making a passionate commitment to CrossFit or plant-based eating, etc.? Especially since 12-21-12….

One friend told me, his CrossFit buddies refer to their workouts as “Going to church.”

And yet folks have as much confusion as ever about how to learn meditation.

With the expectation that you should be able to teach yourself. Or simply know. (Nonsense.)

An alternative expectation? Any meditation technique is good enough. “They’re all the same, really.” (Not smart either.)

In years to come, you may well see this pressure to meditate… simply drop away.

Because in The Age of Awakening, we don’t need meditation or yoga or prayers in order to move towards Enlightenment.

Could be quite the replacement for The Romance of the Astral. Living a human life. Doing 20 Minutes of Technique Time, Tops.

Understanding the New Rules for success in The Age of Awakening.

Your single best resource now for learning about The New Strong is a Free Intro to my online workshops on exactly that.