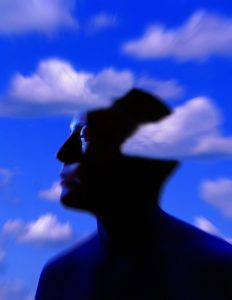 Vegan Neal Barnard. Has his diet helped him to live on earth, or in the clouds?

Vegan Neal Barnard. Let’s continue with our series of occasional aura readings on diet experts. On the week after Christmas. When you may have requested shiny new books by Barnard. Or other books related to health and wellness.

Plus you’ve got a braved new resolve shining within you. New Year’s Resolutions in the making. The free will equivalent of those bright book covers and eBook screens.

Today we’ll aura-explore Neal Barnard, M.D. His claim to fame is being president of the Physicians Committee for Responsible Medicine. Also, he’s the author of several books, including a cleverly titled book that got him onto the “Ellen DeGeneres Show” in 2017. (You’ll read the name of that book later in this article.)

Want background? Then turn to the original post in this series, reading auras of Vegan Diet Advocates. Now, let’s start satisfying a familiar hunger. For insight!

Does a diet that sounds pure and good… necessarily make your body pure? Your health good? Or help with spiritual awakening?

Seems like, that’s pretty much Dr. Neal Barnard’s way of relating to physical life around him.

The author of “The Cheese Trap” identifies as himself, not really some spaceman. But he’s far removed from ordinary human life. As though he has passed the blissy stage of fasting. By now, he’s comfortably removed from reality.

Perhaps not as he was during his early years as a vegan. But there’s an entrenched attitude of superiority, coloring the everyday detachment.

Not an ego-based, pushy sort of snootiness. No, far sweeter: more like a humble man who just happens to know the right way to live. How sad, to him, if other people eat ignorantly. Causing them to be bound by animal passions and attachment! He, Dr. Barnard, has long since evolved past all that.

Blog-Buddies, from one perspective, doesn’t that sound great? A clean machine, super-duper clean!

Yet the quality of this chakra databank doesn’t really read that great. Not to this aura reader.

Hint questions: Does your body feel like some kind of machine? And your main connection to that “thing” is to keep it scrubbed down?

“It’s all so simple.” Singing like a refrain in Neal Barnard’s mind. Whenever people bring up their small problems, puny really.

Because the good doctor is so severely detached from human life… how can he engage in those worries, those fears?

To him, there’s only one problem. People keep eating in the wrong way.

If only those foolish, ignorant people would solve The One Problem! Then they’d rapidly find their way out of all other limitations.

Out to the moon

Seems to me, Neal Barnard has discovered a wondrous sort of inner knowing.

Based on my experience, I’d say he has a lot of contact with astral spirits. Disembodied entities.

Although his sense of self is still based on Neal Barnard’s Own Human Identity… uh-oh. Those entities subconsciously feed him a lot of “brilliant insights.”

By 2017, Neal Barnard isn’t especially interested in energies. All of human life is, first and foremost, energy.

Moreover, he’s an effective man. Preferring the language of science. And secondarily speaking in human terms, rather than spiritual terms.

It’s only from my perspective, as a pretty experienced aura reader, that I’d say to him — if he asked — “Neal, you’re living in a beautiful fantasy land. Where you consciously think that you’re paying attention to human life. Really, you’re noticing mostly energies. But you’ve gone so far out of touch with human experiences that those energies seem human to you.”

By way of analogy, how else to describe Neal Barnard’s way of noticing energy? As though, thousands of vegan meals ago, he was given a Giacometti-style, slender doll, only  made of pastel lights. And that doll became him. By now, he’s convinced that the doll IS him. By now, that doll equals a fine — even ideal — cleaned-up human.

Likewise for other dolls who inhabit human bodies on earth. Only most of these people eat coarse, animal food. So you can’t see their nice, slim, bright dolls. Neal Barnard is doing his best to help these people get un-trapped. Un-trapped by cheese and other frightening foods that disallow their real doll-nature to shine in the world.

1/4 inch. Almost completely shut down at the time of this photo.

That’s how “most people” relate to God, stupidly.

Neal Barnard is too smart for that, too pure. He knows so much, he has accomplished the purpose of spiritual awakening and spiritual growth.

So many ways of living a human life! Neal Barnard has chosen an honorable path. One brimming with idealism. A beautiful path that can solve all problems.
At least, that’s how it seems to him. Related to chakra databanks in spiritual addiction.
Based on what I’ve read here… Although he feels that he’s achieved the greatest personal development, and has The Message of Truth…
From my perspective, Neal Barnard is doing an interesting experiment. And leading others into an interesting one of the same kind.

What Is The Vegan Experiment?

It’s a way of living with increasing detachment. Creating a natural kind of high. (Uncontaminated by cheese!)
Until a person couldn’t even think of going back to the gross, old, animalistic old ways of eating. Way too disgusting….
Stage 3 Aura Reading can help bring perspective. Sorting out hopes and addictions from reality. As with the size of Neal Barnard’s Third Eye Chakra Databank about Spiritual Growth. Probably his conscious mind wouldn’t notice anything like the shutdown noted in the “Symbolic Size” part of this aura reading. To him, it’s more like “I can see for miles and miles and miles and miles.“
In a way, these vegans I’ve been reading remind me of opioid addicts. In a way.
Not that I’ve had any opioid clients approach me for RES Energy HEALING sessions. Ever.
But I’ve read some this year. While seeking to understand more about the opioid epidemic.
Would any of you Blog-Buddies like me to do this sort of research in one post? As I’m seeking to finish various projects this year.