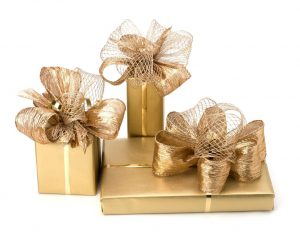 Phil Collins Aura. Learn how one aura-level gift after another has kept his career golden ever since 1982.

Phil Collins Aura. Researching the final winner of our first contest offering — Ta Da! New this year: Sound-Based Aura Reading. Coinciding with our last day of 2017 is this energetic profile of the long-term celebrity. Significantly famous since 1980.

So come celebrate an aura that inspires for a surprising reason.

First of all, here’s background on the Performance Contest. Awarding of prizes concludes today.

Previous prize readings celebrate our winners — and our nominees:

Thanks so much to all who entered this latest contest. Wish I could have made every nomination a winner! At least you commenters know that, to me, each one of you IS  a winner. Plus you can learn Stage 3 Energetic Literacy and read these nominees from photos. Even publish what you find here as a guest post. 🙂

Here’s a link to the video I used for aura research. Against All Odds in a live performance. As JULIE noted, the British pop star’s song begins right after the ad.

“Pay attention to me. When I’m performing, pay attention.” Accomplishing this how? While singing, Phil Collins’s voice gains a subtle quality.  Able to saw through a listener’s mental indifference… grabbing attention. Due to this talent, a gift of his soul.

Uncommonly tenacious, Phil Collins doesn’t give up just because he’s frustrated. Consequently, he can win without apparent pushiness.

Especially fascinating to me: Although I find his voice beautiful — particular with the sound fidelity on this YouTube — I don’t hear persistence in it. Rather, I respond to an effortless kind of charm.

By contrast, reading his aura, I find such tenacity. Yet this deeper perception doesn’t contradict what I hear on the surface. How about you?

While feeling sorrow, Phil Collins doesn’t hide. Nor does he wallow. Rather, this man is willing to let emotions roll through him.

And isn’t one’s willingness to handle sadness… one of the hardest courses in the Earth School Curriculum?

Once again, I’m impressed with how well the singer has adjusted. Holding fear as you might wear a day-pack. Simply accustomed to the weight. Balancing accordingly.

Performing like this,  Phil Collins is lit up. Partly Divine blessing. Also the beauty of a born performer… who has supported his talent through diligence.

Admittedly, I’d never cared for Phil Collins particularly. Not before this aura reading.

Instead, his music would roll off me like water off a duck’s back.

But JULIE’s superb nomination caught my interest. And I’m so glad it did.

Especially impressive to me? How he’s been so famous for so long. Yet he’s held onto his humanity.

Anger, frustration, grief, and worry… Seems to me,  Phil Collins feels all that and more. Rather than buffering himself through fame or wealth or drugs.

Continuing to face life, rather than hover above it? Doing that, despite  35 years of fame? That wouldn’t be due to talent. But to the use of his gorgeous free will.

When played that beautifully, a good and honest use of free will may be the loveliest sound on earth.