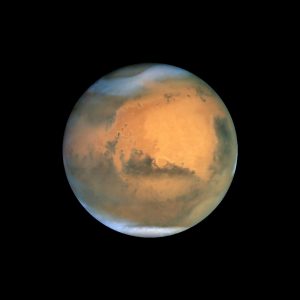 Bruno Mars Aura Reading. Above I’m showing you a certain planet, not an eye of the man who won seven Grammys last night.

What makes this artist stand out? He wears sunglasses a lot. Hence the joke about the Mars photo above.

Before We Start Reading THE Bruno Mars Aura

Blog-Buddies, here’s the specific Bruno Mars photo I’ll use to profile him, via his aura.

Have you developed aura reading skills yet? Enough to read photos? Then you can have some extra fun:

Want some background on what it means to read auras? Here’s your ticket.

Bruno Mars Aura Root Chakra Databank. For Presence in the Room While Performing.

Interesting technical point! At least if you’re really into understanding auras (like this consciousness geek). Every adult has a Root Chakra Databank for “Presence in the Room.”

But what’s with “Presence in the Room While Performing?”

That’s one of the optional chakra databanks for Bruno Mars. No worries. You’ve got yours, too. Regardless of whether you’ve won quite as many Grammys.

Love, transformative love. That’s what Bruno Mars is all about, as a performer.

Every photo gives you a time-limited snapshot of the person. Just what he or she is like at the time of the photograph.

Delving into this chakra databank, guess what I find?

While Mars poses before the cameras; clutching his bouncing, baby, new Grammy’s, wow? Bruno Mars exudes a lively quality of power through this chakra databank. A quality of happiness, both powerful and empowering happiness.

But what else shows within this same chakra databank? Bruno is equally adept at sending out power related to:

Depending on the occasion, or the song? Bruno Mars can push out that quality of power.

Extraordinary versatility, when it comes to this chakra databank!

Ha! Did you catch it? Here’s another optional chakra databank for Bruno Mars on the day he won all those Grammys.

Understandably yet unfortunately: He’s got a bit of artifice going. And the quality doesn’t seem momentary to me. Rather, that he’s got a kind of performer’s way of making himself special due to “giving.”

As a slightly self-conscious, slightly fakey thing… At least it’s minimal. Seems to me like the cream that rises to the top of whole milk. Just an edge.

Shimmering and gleaming with charisma, Bruno Mars has a gift for attracting attention. Winning praise.

Yet more proof, to me, that charisma is a talent. Not a learned skill. More of a grace of God thing.

Seems like Bruno Mars has a very caszh relationship with God. Specifically, casual-verging-on-disrespectful.

Like many a youngish celebrity (32 now), why would Bruno Mars feel much need for a God?

Although Bruno doesn’t show arrogance exactly in this chakra databank — not yet — it will be interesting to research him 10 years from now. Especially if his career continues to bloom.