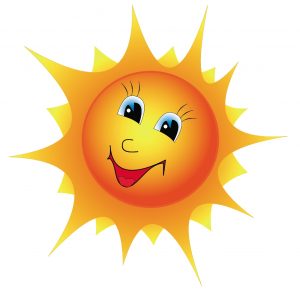 Today’s Daniel Kaluuya Aura Movie Review may help you to feel emotions quite different from “Get Out.”

Daniel Kaluuya Aura Movie Review. During his Oscar-nominated performance, what happened? Did the actor change all the way down deep within his aura?

Because that’s really acting greatness. Granted, it’s hard enough to change on the surface. Just doing your acting job. In front of the lights and the cameras. Springing into “Action” on demand.

Sophisticated Blog-Buddies, let’s explore “the depths” of Daniel Kaluuya’s achievement. Thanks to a sparkling nomination by Blog-Buddy KATHLEEN.

First of all, the movie is Jordan Peele’s brainchild, “Get Out.” Here’s the trailer.

As Chris Washington, Daniel Kaluuya portrays an African-American photographer. After meeeting his white girlfriend’s liberal parents, surprise! Shock! Horror! He discovers their sinister motive for welcoming him into the family.

Also, if you’re spiritually minded, you might also want to know this optional aspect: What makes aura reading “spiritual.”

Incidentally, that last link also includes an explanation of how I do aura reading movie reviews.

How will we proceed? Having fun! That would be fun without an additional horror element. Like this comedy/horror movie.

Specifically, we’ll compare one chakra databank at a time, within Daniel Kaluuya’s aura.

Here’s the photo I’ll use to research the actor’s role as Chris.

While here’s a photo of Daniel Kaluuya playing himself.

Highly self-conscious. Working his face. Thinking his lines. Nearly frozen because of the effort he’s making to act in this movie.

Could be, not much is going on within him at this time.

Whatever the reason might be, he’s pleasant enough. Nonetheless, here’s the deal: Energetically Mr. Kaluuya is one of the emptier people whose auras I’ve read.

0. Because Daniel Kaluuya never got out of his own sense of self. And a pretty limited sense of self it was, too. At the time of this photo.

Unfortunately, it appears to this Enlightenment Coach… The actor has a long way to go to use his full acting potential.

Evidently, Daniel Kaluuya is trying heroically hard to do this job. Struggling to survive.

Making no attempt to create a thing, other than seem credible as an actor in this leading role.

Although everyone has a gift of the soul for creativity… Apparently Daniel Kaluuya isn’t using his.

Do any of you Blog-Buddies know anything about this actor? In the past has he had a problem with drugs? I can’t think of anything else. Anything else to explain his terrible inner hollowness.

0. Energetically, Daniel Kaluuya didn’t act. Instead he tried hard to hold himself together. (As himself.)

Once again, Daniel Kaluuya makes no attempt, deep down, to portray a character. Rather, he’s hoping that his self-consciousness won’t show. While doing his very best to perform: Say his lines right, take direction, look good, etc.

Demonstrating a beautiful inner toughness, the quality of this chakra databank impresses me.

Seems to me, Daniel Kaluuya handles conflict with resolve. Keeps on fighting, enduring. I sure respect that.

40 feet. Finally, a chakra databank on the large side of normal.

Uncomfortably aware of his own emotions, Daniel Kaluuya is struggling. Doing what he can to get through this scene.

However, once again, there’s no deep attempt to get into his role.

Subconsciously and energetically, Daniel Kaluuya can’t do anything beyond hold himself together. Avoiding total panic.

Daniel Kaluuya tries to control his emotions. The rage. The sense of feeling lost as a person.

Seems like, he works so hard to keep his emotions under control… Underneath (i.e., where a chakra databank reveals subconscious truth)… The actor shows rigid control even there, energetically. Subconsciously.

No wonder it’s hard for him to feel much at all.

Most notably, to this character, nothing is funny. Opposite that, acting is serious business. Basically, un-enjoyable as could be!

Sad to say, the character, Chris, has no inner characteristics related to humor.

Seems to me, the empty character played here…  has no inner characteristics whatsoever.

Granted I haven’t seen this movie.

Maybe Daniel is just focusing hard to deliver a powerful spectacle. Consequently he can’t get past the surface of the Chris personality.

40 feet. Normal functioning, on the large side.

He can play “Life of the Party.” And play it far more convincingly than he’s acting in this movie.

Blog-Buddies, I’ve got a special term for this quality. Which involves:

I call it “The Personality Kid.”

Actually, I’m curious. Have any of you Blog-Buddies come up with your own version of “The Personality Kid”?

What do you call it when somebody is trying really hard to be super-fantastic-impressive. Do tell.

0. To my relief, we get to stop here in today’s aura reading movie review.

Aura Change Points: 0 out of 5

Poor Daniel Kaluuya deserves some kind of award for not completely choking up. Or screaming hysterically, “I can’t do this.”

Uncomfortable to the max, he wins my respect for playing along. Plus hitting his marks on the set. Learning his lines. Perhaps the Fake It Till You Make It Acting Award?

Worth noting: I couldn’t act in a movie. But then I haven’t tried to, either.

Oscar-worthy as a performance, this role as Chris? Hardly.

Unless You Count the Karma Angle

Performing in “Get Out,” Daniel Kaluuya may illustrate an idea previously mentioned at this blog. Karma is a real thing.

Seems to me, Daniel Kaluuya has had the good karma to have been cast as a leading man. Starring in a major motion picture.

Beyond that, he’s had the karma to be nominated for an Oscar.

Maybe he’ll even have the karma to win.

But, if that karma theory is correct… Success karma is just that. No including acting chops in this lifetime. Nor does a run of good luck substitute for skill. Many actors work hard to master the technical skills of acting. About Daniel Kaluuya? I wonder.

Yet for celebrating how good karma can elevate a person for a while? There, Daniel Kaluuya’s performance in “Get Out” could count as a triumph.