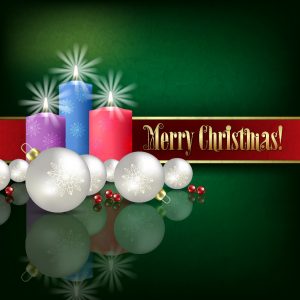 Latest Enlightenment Success. One more committed Christian from our online community has moved into Enlightenment.

Latest Enlightenment Success. With gratitude and awe, as usual.. I welcome someone new to the Enlightenment Life List. Cosmic congratulations, Blog-Buddy LIANE!

Without making public the private details of her phone session last night. Here’s as much of the story as this Enlightenment Coach can share here.

Have you ever heard that every candle flame shines in a unique way? Seems to me, that makes sense. Even though I’ve never done that survey.

Instead, I prefer surveying human consciousness. Especially with my clients and students. Wholeheartedly, LIANE has been both.

Latest Enlightenment Success. I Could Almost Taste It

Have you ever seen “Chopped,” the reality show? Quite often, one of the chefs will express certainty of winning. As in, “I can almost taste it.”

Sweetly hilarious to me, how hard-working cooks would favor that cliche! Rather than saying, for instance, “It’s lookin’ good, Baby.”

Regarding Enlightenment, sometimes I can almost taste it in a client or student.

As an Enlightenment Coach, mostly I keep that aspect in the background. After all, my client requests a session of RES Energy HEALING.

Otherwise, usually, RES Energy READING. Aiming to solve some human problem or other.

Accordingly, my responsibility is to help my client grow emotionally and spiritually. Instead of pushing some self-actualization agenda. Like some starry-eyed Enlightenment Coach.

Still, I’m very aware of how clients are doing.Especially the students who are active at the Forums for my online, on-demand workshops. Including LIANE. Actually, for fun, click on this introductory page to all my workshops.

What will you find? A fabulous quote from LIANE. (Hint: Brownies.)

Following LIANE, as my student and occasional client, sniff-sniff-sniff. She was close. I could tell that. But I couldn’t tell when she’d move into Enlightenment. Seems like that’s God’s job and her own soul’s job. I just serve as a hastener. Due to some knowledge and skills.

When it comes to having a strong background within Christianity:

Which is why I’ve found folks in Enlightenment who are: Jewish, Buddhist, Hindu. Sikh, even (former) atheist. (Regarding atheism, scroll down until you see a related link. Although you might find all of CHRISTINE’s guest post fascinating.)

Heartfelt congratulations, LIANE. Far as I know, the first rancher on my Enlightenment Life List.