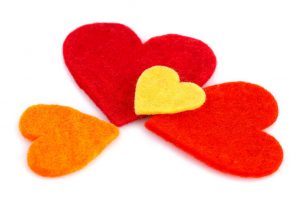 Enlightenment Guest Post by LIANE. Just in time for Valentine’s Day, here’s our first guest post ever from a professional rancher in the American West. Now on the list of folks who’ve moved into Enlightenment, helped by RES.

Prepare for some unconventional reactions to her recent Enlightenment Validation.

The news of having moved into Enlightenment is still fresh. I am beyond wondering how long that will last.

Forever would be fine.

I’m a little embarrassed that I had to research… What being in enlightenment means.

When I first came to RES, all I wanted was a better, less confusing life.

That’s been on the forefront of my being.

Why didn’t I spend time reading about Enlightenment? Or asking questions about it?

Because it didn’t pertain to me.  Okay, maybe there was a thought or two on the subject. Like one of those things you see yourself doing when you’re older. After the messy parts of your life are over.  Like learning how to play golf or the piano.

That God has a sense of humor is evident in my case.  I live a hard, dirty life. Cuss like a sailor, work like a man.

Livestock will do this.

I live close to nothing. Close to nowhere.

How I live, survival is the #1 priority.  Struggles, hardships, death — I deal with these regularly.

It’s a believe in God kind of life.  Maybe more like a dependency.

On the gentler side, I do get to clean up for my part-time job as a massage therapist.  That’s what led me to the awareness of energy.

And here I am.  Living in Enlightenment.

Even though I’m rough around the edges. Not rich or famous. Have made no major contributions to society.

So how am I used to feeling? Like a normal human being who wants a better life.

What’s New, Having Crossed the Threshold into Enlightenment?

My state of being right now is great humility. And gratitude.

Adjusting to the idea of Enlightenment. And the reality.

Enlightenment means “God taking up residence.” As ROSE so beautifully put it.

Meanwhile I get on with the necessary responsibilities of life. Looking forward to what’s next, helped by Energy Spirituality.