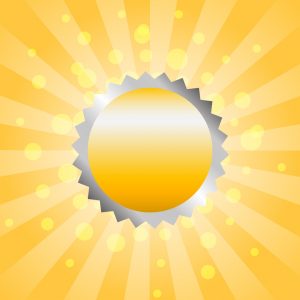 Christy Smith Aura. When a Skilled Empath Merge explores what it’s like to be this magnificent survivor, who has lost 90% of her hearing.

Christy Smith Aura — I’ll researching it for you today. And for a pretty unusual reason.

Lately, as you may know, I’ve been doing Aura Reading Movie Reviews. Drilling down, in consciousness. Aiming to learn about Oscar-nominated acting performances. Next up is responding to a request that I research…  the much-lauded performance of Sally Hawkins, in “The Shape of Water.”

Before then, I decided to research somebody who really has a hearing disability. Eventually, I found Christy Smith. And what a find she is!

Such a Bold Survivor

Her claim to fame is being a deaf contestant on the CBS reality television series Survivor: The Amazon. Following that, she co-founded  Discovering Deaf Worlds.

Granted, she has learned to speak. According to Wikipedia, Christy Smith was born premature. Weighing less than 2 pounds. As a baby, she pulled out her air tube. And ended up losing 90 percent of her hearing. Although deaf, she is skilled in lip reading and American Sign Language.

And she graduated from Gallaudet University, the famed school for those with a hearing disability.  Since I live in the Washington, D.C. area, I’ve met many Gallaudet students, even had one for a client.

Under such circumstances, speaking is a heroic achievement. Imagine the difficult, having little or no hearing. Yet managing to talk and lip read. Seems to me, Christy Smith’s soul-stirring kind of courage is contagious to witness.

First of all, here’s the photo of Christy Smith that I’ll use today. Like aura reading, regular photos can serve as a basis for Skilled Empath Merge.

For the first time ever at this blog, I’ll probe into the aura of a person with a significant hearing disability. Seems to me, this job deserves the most in-depth form of aura reading. A Skilled Empath Merge. Come share the experience with me!

Maybe some empath-type background would be helpful for some of you Blog-Buddies. If you’re reading today’s post, there’s a good chance that you’re an empath. Since 1 in 20 people was born as an empath. Meaning that you have at least one significant, lifelong gift. A gift for directly experiencing what it’s like to be another person.

Although I published the first book for empaths in English, whew! I sure haven’t dominated the conversation.

If you’ve heard about “intuitive empaths” or “psychic empaths” etc., you can do yourself a big favor. Simply educate yourself about empath skills. As described here.

Alternatively, these two new resources may be my most practical ones yet:

Feeling separate from other human beings. Fundamentally different. As if she’ll never fit in.

Because it signifies that somebody overcame adversity. Magnificently overcoming. Beyond the “best case response” aimed for in a life contract.

Seems to me, Christy Smith has two different types of scar tissue. Showing in this chakra databank and elsewhere:

What an exceptionally strong person, this Christy Smith!

Still, I couldn’t make a face to muster up this kind of physical courage. Regardless of how hard I tried. Because Christy Smith has planted herself firmly in reality. As a human among other humans. No “disability” nonsense.

First time, researching what it’s like to be Christy Smith, I encounter sorrow. And a deep, longstanding sorrow at that.

Yet underlying this is a sense that there’s a big wall. Enforced by life. (And maybe related to the lifelong hearing disability.) But the main point is, enforced. Not voluntary. More like a barrier that she will ever be able to break through.

So that Christy Smith will try to use her power, sharing it with others. Definitely ready to share. Yet, again and again, she can get only so far and no more.

Here I’ll point out something which you may know from personal experience. If you’ve had even one session with an RES Expert. A session of RES Energy Healing.

The sort of suffering I’ve just described… Completely different from a lifelong condition, like a physical disability. What I’ve just described reeks of emotional and spiritual pain, stuck in Christy Smith’s aura. In short, it’s “STUFF” stuck in her aura.

Emotional growth is shut down. At least at the time of this photo.

Survival has to come first, right? And survival needs come up repeatedly in everyday life. According to this shut-down chakra databank. Also, according to common sense.

Sacred and, even, saintly. Yes, that’s the glorious impact of this chakra databank belonging to Christy Smith.

Divine blessing radiates strongly. Bringing comfort, and adding strength as Christy Smith walks an uncommonly difficult path. Not only thriving as a woman with a hearing disability. But also taking an active role to change collective consciousness.

Yes, that’s part of my experience of this Skilled Empath Merge. As if, at the deep level of this chakra databank, Christy Smith understands very well that’s she’s playing a part. Not as a reality show star or an actress. Rather, a part as mover-and-shaker here at Earth School.

Many a strong soul, living now, plays a role. Not just to help people grow more socially aware, as in calling themselves “woke.” But to show forth free will in action, and how much we can accomplish. Leading to possibility. Even spiritual awakening. And even, ultimately, Enlightenment.

Personally, one of my highest aspirations is to help stop the victim culture. Idealizing how difficult life events force a person to live as a proud victim.

Even what Washington Post columnist George Will has wittily described as “the coveted status of victim.” Note: He coined this term in a despicable, nasty (and not uncharacteristic) opinion piece. Like many, I found the rest of what he wrote there, reprehensible.

Differently awful is America’s constant glamorizing of victimhood. As the founder of RES, I’m so ready and willing to help my country to grow beyond this nonsense.

In my way, I help. In an aura-healing way.

Christy Smith has helped in an entirely different way. A humanly lived way, that goes all the way down through her aura.