Other People’s Energies. Fear Not 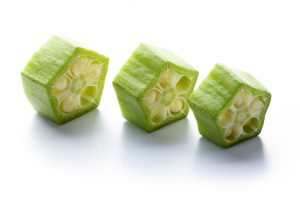 Other people’s energies, just how sticky are they? Okra is sticky. (Great for making gumbo.) Energies, though? If they seem sticky, you’ve got a problem to solve. (And you can!)

Other People’s Energies. “How can I keep other people’s energies from sticking to me?”

If this has been a problem for you, help is on the way.

Other People’s Energies. Why the Idea is So Scary

Because it really does feel scary if you’re finding that other people’s energies stick to you.

Feelings can include a sense of being personally violated. And also helplessness.

As if people have the power to do something to you without your knowledge or consent.

And the more it bothers you, feeling those bad energies… Usually the more likely you are to keep monitoring yourself. Exactly how bad is it going to be this time?

Well, how would you react if I told you that the very idea of having people’s energies stick to you?

What gives me the standing to write this?

Because I do believe that bad energies get stuck in people. Just that they never get in your aura or mine due to contagious “bad vibe.” Or those mythical “energy vampires” and “psychic vampires.”

All of which could be considered comforting victim talk. But how helpful is that, really?

Instead, here are two practical alternatives. Decide for yourself if either or both speak to you. Both might help you more than what you’ve been taught so far. Which has perhaps led you to fear other people’s energies.

Please Don’t Blame Energy Fears on Being an Empath

Do you think this ever happens? Joe, my new client, is convinced that he’s an empath. (Research into his aura shows me that he isn’t.)

So why is he so darned sure?

Blog-Buddies, if you want, I could devote an entire blog post to why this is simply not true.

At least, not if you’re studying with this empath coach. Learning a system that helps to empower empaths. So we can have super-fulfilling lives.

For now, suffice it to say: Be my guest and take this Free Intro to my Empath Empowerment Workshops.

Other People’s Energies, Help #2. Too Much Working on Your Energies

Did you know that an estimated 45% of Americans live in either spiritual addiction or psychological overwork, or both?

That could include you.

Not that anyone deliberately develops these problems. They’re related to poor adaptation to the Age of Awakening.

For example, my first-time client Gladys. During our session, I asked to close her eyes. And then move around on her chair to make it easier to feel sensations in her butt.

Next I asked, “Please tell me something about how your tushie feels to you right now. Temperature? Muscle tone? What?”

Gladys replied, in a spaced-out voice. “I don’t feel a thing. But I do notice some white light.”

Does this impress you? Many of us have been taught that it’s superior to seek out energy awareness. Notice energies wherever you go. Make everything in your life “about energy.”

Quite the opposite. This is how to be badly adapted to today’s new vibrational freedom.

Probably what’s being noticed in this case isn’t other people’s energies at all. Rather, it’s a symptom of psychological overwork or spiritual addiction.

Want to learn more about how to identify these problems.. and solve them? Check out this easy self-help book. Or else set up a personal session of Energy Spirituality Energy HEALING with me by phone or Skype.

To Feel Better, Stop Doing Living as if You’re an Energy

Instead, Pay Attention to Human Objective Reality Instead of Anyone’s Energies.

Other People’s Energies? They’re None of Your Business

Please share this article with anyone you know who’s been worrying about so-called “psychic vampires.” Or being an empath.