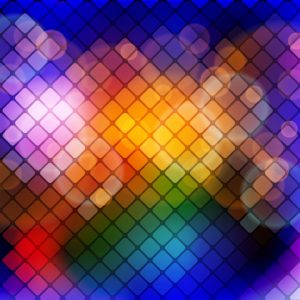 Enlightenment Dazzles. So come meet ROMANA, the latest in our online community to move into Enlightenment.

Every time I facilitate Enlightenment Validation, what happens? Again, I’m struck by each person’s unique beauty. A world class beauty.

Aura-level dazzle that sets the standard for all of us: How dazzling each of us can be. Brilliantly human!

Soon as I started to read ROMANA’s aura last night, hello! I could tell. Miraculously! Really! She had definitely crossed the threshold into Enlightenment.

Here’s a working definition of Enlightenment:

When STUFF no longer interferes with soul expression. And all of those “Gifts of the Soul” that show in an aura? Amazingly, every one of them is working.

No longer just pure potential. But working. And dazzling.

(Provided that you’ve developed good skills of energetic literacy. Which, of course you can. Here’s a great way to start.)

ROMANA GAIL DeBEER is the latest member of our informal RES community! Freshly moved into that permanent higher state of consciousness, Enlightenment.

Including her placement on these ongoing blog posts:

For those of us who seek success at personal development, Enlightenment is really possible. In my opinion, as an Enlightenment Coach:

Millions of people can move into Enlightenment now. In The Age of Awakening.

Well, three of them are about Enlightenment:

Like many of you blog lurkers, ROMANA hasn’t commented here yet. Quietly, on her own, she’s read several RES books. For instance, gaining Empath Empowerment®.

Seems to me, if you’re born as an empath. And if you’re aiming for Enlightenment. Essential for you is… becoming a skilled empath.

Accelerating her personal growth, ROMANA has also had several sessions with me. Over the years. Choosing her own pace. Which, you may know, is typical for every RES client.

At each step of spiritual awakening for ROMANA… I’ve aimed to support her free will choices. And her spiritual self-authority.

And so now I’m introducing her to all of you. Given permission to introduce this dazzler. Finally!

Here Are Some Things I Can Tell You About ROMANA

She’s happily married. (No big push to live as a renunciate! Luckily, we don’t need that for Age of Awakening Enlightenment.)

ROMANA lives in Australia. Like a couple of other RES clients who have attained Enlightenment.

Success keeps growing for ROMANA, including her magnificent career. Promotions! Big bonus last year, “out of the blue”!

Despite having as complicated a history as many of you Blog-Buddies… After a certain amount of RES Energy HEALING, ROMANA no longer lives in the past. Replaying old woes. Or trying to forgive. Instead she has learned a great deal about how to put herself first. In a healthy and appropriate way.

Long before crossing the threshold into Enlightenment, ROMANA began living here. Living here and now in the present. Not in the past.

To See Her, Would You Know She’s in Enlightenment?

No. Because Enlightenment doesn’t show.

At least not until you can read auras. Plus until you’ve got experience at reading auras for Enlightenment. (Something I plan to teach in an online workshop some day.)

Meanwhile? If you met ROMANA, you might just think, “What a lovely person!”