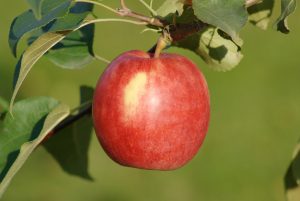 Katriina Enlightenment. What does that have to do with a juicy, ripe apple?

KATRIINA Enlightenment. Meet the latest member of our informal RES community to move into It.

A long-term, higher state of consciousness. Known as Age of Awakening Enlightenment.

How It happened was sweet. So here’s the story.

Because my first client to speak fluent Finnish… Has crossed a certain finish line. 😉

This has only happened once before… to this Enlightenment Coach, anyway. Between sessions? Sure. But during a phone session?

KATRIINA  Enlightenment was coming soon. Clearly. Seemed to me, it was going to happen any day.

Naturally, I didn’t know which day. Whether in a week or a month or a year.

Exactly what told me “Soon”?

Why is it such a thrill to facilitate Enlightenment Coaching? Most notable is the unique mystery. Since each person needs a special combo for self-actualization.

Unlike the idea of some mystical “special sauce.”

Or a certain kind of non-duality workshop. Quite popular today, in certain circles. Where each seeker of Enlightenment sits together in a group. (Bigger is better.) And folks listen for the silence beneath the words. Or receives some “transmission.” Courtesy of something or someone not human. But allegedly “superior.”

Until the group participant starts to notice energies so much. Something feels different. Maybe called “spiritual awakening.” Or maybe called “awakened” or “self-realized” or “enlightened.”

Likewise, it’s possible to have a similar group upliftment experience elsewhere. Through a charismatic leader at a megachurch. Attending a super-popular growth seminar. Perhaps given by a New Age celebrity.

Where part of the thrill is that “Everyone’s doing it.”

Do Such Methods Really Produce Enlightenment?

Hey, Blog-Buddies, you’ve got a standing offer. Any public figure who offer such a magical, mystical solution?

Nominate that spiritual celebrity or healer for my Enlightenment Life List.

Using an Enlightenment Coach’s specialized version of aura reading, I’ll research that. For free. Just to help clarify what Enlightenment really is. And isn’t.

Personally, I don’t believe that Enlightenment Coaching comes from a group experiences. Maybe during the Age of Faith. But now, in The Age of Awakening? Very different rules apply for personal growth. You know?

Oh, you didn’t get that memo yet? Here’s an introduction. Back at what did happen with KATRIINA ….

KATRIINA Enlightenment Encouraged Her as a Unique Soul

During sessions I helped her by solving very human-type problems. Progressing one session at a time.

Over the years, KATRIINA has explored a modest number of sessions. Like many who have moved in to Enlightenment, helped by RES:

So what tipped her across that Starter Line — not Finish Line — into Enlightenment?

A Simple Healing Centerpiece. That’s All.

Co-creating with God, aiming to fulfill my client’s intention. All of this as usual. What was the clear choice for Healing Centerpiece?

Causational Agreement Transformation. (For details at that link, scroll down to the turquoise box.)

So we did just that.

By the end of that Healing Centerpiece, I had a hunch. So I extended KATRIINA ‘S session a bit. Going through my Enlightenment Validation procedure. Lo and behold, there she was!

Incidentally, you may know that in a couple of weeks, I’m teaching that skill. Learning Causational Agreement Transformation is part of a brand-new workshop: Co-Create with God for Healing.

I Love This Next Part

Towards the end of this session, KATRIINA told me this. (And then gave me permission to share it in this blog post.)

During her Healing Centerpiece, she had a subtle feeling. A feeling that she might be moving into Enlightenment.

Immediately followed by what?

By the thought, “Who cares?”

Hardly indifferent to Enlightenment, what mattered more to her than the title. Or name, “Enlightenment.” Or maybe “bragging power.”

KATRIINA told me this:

Living as a human being, it’s like there’s an apple to eat. Now I feel like eating  this apple and taking a big juicy bite. My teeth are on it. And it’s mine.”

Photo Gallery Fun
Getting Unstuck. Versus Getting Sick, Lonely, Worse