Getting Unstuck. Versus Getting Sick, Lonely, Worse 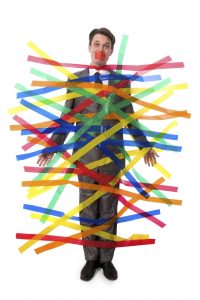 Getting Unstuck. Why do I think that can be so important? A teaching tale at the end of today’s post reveals what motivates me.

Getting Unstuck. Why bring up such an idea?

Because many beautiful energy healers and intuitive coaches today… haven’t been feeling so hot lately.

Likewise many a psychic has been suffering. Yet brushing it off.

Why is that? And what will it take for these beautiful idealists to start making some connections…. Connections that could solve a lot of very human problems.

Getting Unstuck. Since These Good People Deserve No Less

Some do energy work just for the love of it. Seeking personal growth.

While others depend on energy-based services for their livelihood. (Perhaps working part-time. Or full-time.)

Either way, how many folks do you know personally?

That same-old, same-old growth path. Even if that sweet-sounding path no longer delivers on the old promises.

If so, may today’s blog post serve as a wake-up call. Kindly meant. But I won’t deliver pretty lies, either.

Getting Unstuck Might Require a Bit of a Shock

Well, here’s one. Recently I asked a simple question on Facebook:

To my friends involved in energy work and psychic development, have you been feeling restless lately?

I received many answers to this question. These pulled at my heartstrings. And, definitely, shocked me.

Because every single person who responded was suffering. Yet only one of them seemed to make any connection. Between the energy work or psychic work. And how bad they were feeling

My very first respondent seemed to be in the first stage of getting unstuck. Someone I know personally. And someone I know to be both deeply spiritual and humanly honest. Gladys wrote:

Or Maybe Not. Although Physically Ill.

And Maybe Detaching From Reality, Too

I’m grateful to these sweet people on FB for responding to what I wrote. Of course I won’t name them here. But I will share what they wrote:

I wonder how many of these folks have made the connection…

Stuck while doing energy healing and spiritual growth practices that date…  back to during those years of transition. The New Age years. Transitional years, from 1980 until The Shift that happened on 12-21-12.

An important period in all our lives. But a time that is truly over. Since now we’re all living Post-New-Age. Living in The Age of Awakening.

Getting Unstuck? Starts with Recognizing the Truth

What do you think is true about the ideas I’ve quoted above in this post?

Why would the fruits of effective energy work include getting sick and tired and depressed?

Even if the accompanying belief system includes Law of Attraction ideas. Or similar ones about having faith. So lack of faith, supposedly, is the only problem. Or that the cause is “Mercury Retrograde, to be honest.”

Can you handle a bit more shock right now? Click on over to a recent blog post. About “Psychic Work Transitioning to Energy Spirituality.”

Then check out Comments 44-51. (Actually, that thread contains many fascinating comments thanks to some of you not-just-lurkers!)

Blog-Buddies, right now, you may know many people who are suffering quite a lot humanly.

Like that woman mentioned in my Comments 44-51. Summarizing how we exchanged FB posts with briefly. One sweet woman who could have been three different people.

!!Two Questions that Could Help You with Getting Unstuck!!

First of all, how is your energy work sourced?

Second, what about the results you’ve been getting in your human life?

“Big” Truth Can Change Over Time. When We Outgrow It.

Human life has a way of showing us the truth about what we believe. Like if we keep having a nagging feeling that somehow we’re stuck. Even though “we shouldn’t be feeling that way.”

Although I’m not a big Bible quoter, some verses do resonate with me. Like this one: You will know them by their fruits.

Actually, there’s a very good chance that… Concerning the angels and guides and “freely-given help from spirit” you’ve been working with all these years.

Sadly, you might have been told a bit of a lie about all of that.

Like the popular idea that discarnate spirits are really wiser than you.

Or that entities know more about how to solve human problems than you — a human — could figure out.

How about the extremely untrue notion (as validated by good, everyday skills of aura reading) that discarnate spirits are Divine. As in “God’s messengers.”

I think I may be able to help you to question what you’ve been doing. Not that I have all the answers. Far from it.

So I’m planning to write a couple of follow-up articles over the next couple of weeks.

Getting Unstuck. A Teaching Tale

Some of you readers know that I’ve just published a memoir. Which concludes with my starting to work with my guru at the time, Maharishi Mahesh Yogi. Founder of the Transcendental Meditation Program.

Actually you may identify with that part of my story. Even if TM never became a big deal for you. Instead, you fell in love with one of the other big, popular teachers. Of growth seminars. Or healing experts. A Billy Graham-style religious leader. Of any one of the popular Hay House authors.

Just like me, you heard promises. You came to believe them. Like me, maybe you even built your life around them.

Bigger than All the Night Sky ends in May 1971. Between then and 1986, teaching meditation was my life. Nothing else came close.

Although my sarcastic mother used to pretend she was confused about the acronym for my sacred practice. Sue Rosenbaum called it “M.T.”

What Helped Me with Getting Unstuck?

By 1986, I too became restless. Because I felt lonely. Struggled to survive financially. Worst of all (for somebody so motivated to reach Enlightenment), I felt totally stuck in life.

Yet this made no sense to me. You see, I had learned so many beliefs from Maharishi. Jargon words, too, like “unstressing.” Which explained away (supposedly) any thoughts or feelings about not really growing fast. Nowhere near as fast as I’d been promised.

Maybe not really growing much at all.

Blog-Buddies, I can’t convey merely in words how hard it was for me to recognize this. Except maybe you can understand that stuck feeling. Because you know what it’s like. The inconvenient truth from inside that eventually you can’t ignore.

Until you make a kind of gut-wrenching choice. To stop what’ you’ve been trying so hard to make work.

Honesty Makes All the Difference

God might give out medals for that kind of honesty. And the huge courage it can take to make a change. (But if so, we sure don’t get these medals while we’re still living on earth.)

I want to share with you the truest thing I know. For me. About what allowed me to get unstuck.

The one question that finally occurred to me. After months of anguish.

A question that gave me the courage to resign from teaching TM. Although I doubted I could ever, ever find something else to teach. And there was nothing I cared about more than helping to teach people spiritually.

What was that one question?

Where is my allegiance, to the path I’ve been on… or to God?