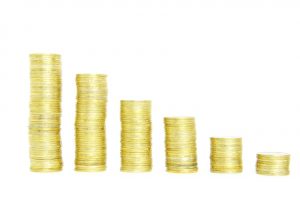 Aura Reading Mark Zuckerberg, posing with his stacks of money. (They’re bigger than he is.) 😉  How does his aura stack up currently?

Aura Reading Mark Zuckerberg… again? Five years ago I explored his aura. But a lot has changed since then. Lately the Facebook tycoon has been in the news. And not in a good way.

Or how long it took for Mark to admit: FB accepted ad payment in rubles. And unquestioningly helping Russians to influence what? Merely America’s last presidential election. That’s what.

How could I resist researching Zuckerberg’s aura again? Especially since…

How I Laughed! Did You?

SNL’s recent send up of Mark Zuckerberg reminded me of this aura reading!

About that “Doing a good imitation of being a human”? EMILY was referring, of course, to our previous aura reading of Mark Zuckerberg.

Nuts and Bolts for this Aura Reading

Here’s the photo I’ll use for today’s aura research.

For this comparison reading, I’ll refer to that previous Mark Zuckerberg Aura Reading. From nearly five years ago.

On a less jubilant note, this is going to be a pretty unusual aura reading. Related to the not-quite human way that Mark Zuckerberg has incarnated on earth. You know, that aforementioned theme of “Doing a good imitation of being a human.”

Trust me, Blog-Buddies. It’s hardly as though I go out of my way to notice the impact of astral beings and E.T. entities on our world. Or the very rare person who’s incarnated in a way that is more like an E.T. than a regular human. (Like guess who?)

However, sometimes this topic just comes up. Because aura reading tells us the truth. And sometimes that truth can be a bit uncomfortable.

At least I’ll be reading the aura of someone who is only barely human, aura-wise. Just Mark Z. Neither you nor me!

90 miles. Solidly adapted to human life, Mark Zuckerberg is plugged in to power. Influence. And money.

As you may know, Blog-Buddies. There are three main ways that we humans can use our full potential:

(If you’re curious to learn more, here’s a resource for you.)

Seems to me, by now, Zuckerberg relates only to power.

Posing with a friendly smile?

Dressing like he lives down the hall from you at the college dorm?

That’s an appearance which may impress some. Bringing up associations of love and light, pure white bread goodness.

But these are surface-level cues, after all.

Right from the first chakra databank, our research reveals… Quite a different truth.

Out to the moon. A deep indifference plus, equally strong, the demand for extreme financial security.

Having money helps to anchor Mark Zuckerberg in human reality.

You know, Blog-Buddies, many unusual beings are living on earth today in human guise.

It is a time of huge transition on earth, with vibrations accelerating super-quickly every single day.

If you are managing to hold on for this wild ride with some semblance of sanity, you are doing GREAT!

During this amazing time, highly unusual beings who might not otherwise to come to this world have volunteered for the chance to play… and to help. Just this morning, I was thinking fondly of a friend of mine who is not very human, compared to standard issue folks like me and perhaps you.

I was remembering a story she told me about how she was sitting in a group of people and just popped out of this dimension completely, seeming to physically disappear for a few minutes. As other group members told her lately.

Gladys wasn’t surprised at all, as she often moves in consciousness to different dimensions. For Gladys, telling this story, especially when I gasped with delight, made her chuckle.

Back at Mark, a key to appreciating his aura is that he does a good imitation of being a human. But he is so clearly different, and this isn’t like being a more-or-less smoothly adapted human, like someone with a big twist to the incarnation, such as a person with Aspberger’s syndrome or Intellectual Disability.

As we’ll continue to see, unfolding information one bit at a time, this is a very different deal. Mark Zuckerberg is high functioning as delightfully strange and aurically quite alien.

Most notably, in his aura as though the Facebook executive is wearing a perfectly tailored suit. Quite a suit — super-expensive and very conservative. Able to fit in perfectly with the upper strata of business executives. What, folks who are financially in the 0.000001%?

All this… Despite dressing, in physical reality, as though the guy’s still in college. Founding FB.

Or maybe in today’s aura reading photograph… Zuckerberg dressed as if for a remake of the TV series about space travel, “Star Trek.”

Really, Blog-Buddies, what if you haven’t yet clicked on the link to today’s aura photo? Here’s another chance. Because you might want to take a peek.

7 inches. Mark Zuckerberg can communicate well, focus deeply, yet the reason this chakra databank is so teensy is that he has a big energetic subroutine going on.

For those of you not yet familiar with that term, an “energetic subroutine” is like outsourcing a job to an employee in a faraway land. There is a habitual or (in this case, also) structural pattern of turning the function of one chakra databank over to an entirely different chakra databank. Kind of like not using your left hand for a task but having your right ear do it instead.

Mark Z. outsources to a Crown Chakra Databank about Inspiration from Other Dimensions.

He is so plugged in there, while working. To Mark, “at work” means creating something, solving a technical problem, stretching his understanding. “At work”has nothing whatsoever to do with getting along with other people, having conversations, doing the social components of life in real-life social networks.

Incidentally no, most of us do not possess this chakra databank. Fear not, you have ones that even the great Mark Zuckerberg doesn’t possess.

Everyone has about 10% of their chakra databanks as custom designed.

Related to your current lifestyle, how you are progressing on your path to Enlightenment, etc.

As though he’s strongly integrated now into his human life. Yet he has backup from beings who aren’t human. Rather, he’s representing that group, and their interests.

Successful at impacting life on earth, that’s Mark Zuckerberg. Feeling successful, verging on invincible. Like he’s in role, and preparing to influence human life strongly as “just one of the (human) kids.”

Fills the room. Boyish. Playful. Insouciant, not taking anything or anyone very seriously.

2 inches. By now Zuckerberg is so successful, so rich and powerful, why pretend?

He doesn’t care about people’s feelings. Barely noticing them is more like it.

7 inches. About what one would expect from an intelligent man from outer space.

Mark Zuckerberg has learned to read faces and body language. Sometimes he remembers to do so.

Not pretty. Since his aura strikes me as even worse than before, actually.

So much for the idea that a youthful appearance and major financial success… Equates with being a good person. Or much of a person at all.

What conclusion do I, personally draw from this Mark Zuckerberg Aura Reading? More than ever, today I’ll enjoy my human life. Choosing honor, and doing my reasonable best. Enjoying life. Caring deeply about people. Finding zest and zing and joy.

Because that’s the human spirit, isn’t it? And I stand believing that when we humans live — each of us — as fully as we can, yes! We keep our world strong. And, indirectly, we help our dear planet. The place I affectionately call “Earth School.” We help humanity make a clean adjustment into The Age of Awakening.

Some of us may even have been born with exactly that purpose in mind.