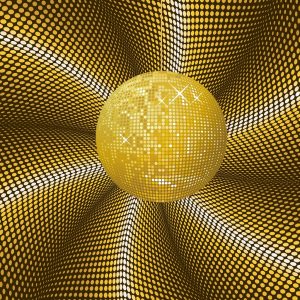 Golden Bubble. How much can it help you, really?

Aiming for energy healing, many of us have been told, “Simply move out the bad energy. Then add good energy.” Probably the most popular version of this approach involves visualizing a “Golden Bubble.”

As a Smart Self-Healer, you deserve to understand what this visualization doesn’t do. And also what it does accomplish. (Something you never would have chosen. Had you been told the truth by someone with good skills of energetic literacy.)

Concluding Part One of this three-part series, I asked for your input on this widespread idea: For energy healing, just keep moving out bad energy. And put in good energy. That simple!

Thanks for your comments so far. Now let’s do Part Two. And continue to explore the truth behind this simple version of energy healing. Because there’s nothing like aura reading skills to show us what’s what.

The Faulty Premise Behind Golden Bubble

Why is it a faulty premise to believe that self-healing with energy is totally simple? Like, “Out with the bad kind. In with the good kind.”

Because stuck energies really aren’t that simple. Let me share my perspective as the  founder of Rosetree Energy Spirituality (RES) (Also known as “Really Effective Skills.)

After facilitating thousands of sessions to help clients, hello! I’ve identified 30 specific types of “bad energy.” Removing each type requires a different RES specialty. Such as these types of energy healing session. And these. (For either link, go down to the colorful box and find a load of energy healing specialties. Each one described in detail.)

This consumer tip is especially important for discernment about energy healing. And self-healing in particular:

Know which kind of energy problem you’re healing. That’s key to getting results.

By contrast, the faulty premise idea can be very appealing to self-healers. Maybe going like this:

“It’s all energy, right? And I can feel energies. Because I’m energy sensitive. With even a little bit of training, I can tell bad vibes from good. So all I need is a simple way to fix myself up, energetically.”

(Not Golden Bubble Yet. Something Else.)

Imagine this, Smart Self-Healers. Your friend Joe goes to a physician. Complaining that he’s tired.

What would you think if his doctor said this? “Oh, your problem is that have some bad thing going on, causing fatigue. Here’s a lollipop. It will cheer you right up.”

Joe might prefer a doctor who does an examination. Maybe runs some tests. Finds out what’s wrong. And then addresses that specific problem.

Smart Self-Healers, many folks today are simply dazzled by their shiny new energetic literacy at the beginner stage.

In their sweet enthusiasm, they accept faulty premises.

How does this confusion apply, specifically, to self-healing methods like The Bubble technique?

If all you’ve developed is Stage One Energetic Literacy, the Golden Bubble idea seems to make perfect sense.

Since The Bubble is colorful and pretty. Plus, it’s appealing to heal yourself through the power of your mind.

Remember, at this level of energetic literacy, there’s talent but not a great deal of discernment. Thus, it makes perfect sense: Simply bubble away. Shoving out “bad” energy. And keeping only what’s “good.”

Comparable, maybe, to a beginner at word literacy. Someone who has learned to tell apart letters of the alphabet. (And that’s it.) To such a beginner, it might seem very important that the penmanship looks pretty. Later? Maybe not so much.

Let’s Get Real About Energy Healing

Smart Self-Healer, your awesome mind-body-spirit is far too great… to reduce it to such a simplistic and flawed technique. Let’s bring common sense, based on true premises gained through discernment.

Ha, you know this is a three-part series of articles. So let’s pause here for your comments and stories.