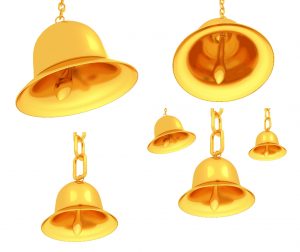 Did you think that personal growth stops after Enlightenment?Just the opposite. With Age of Awakening Enlightenment, you choose your goals and pursue them… As someone using your full potential in life.

In today’s guest post, Blog-Buddy KYLIE describes what has changed for her. Five years in!

What Happened During Year One?

When Rose first validated that I was in Enlightenment, I was gratified but mystified.

That whole first year my attitude was, what’s the big deal about Enlightenment?

I’m happy and I enjoy my life, what’s so spiritual about that?

The major thing I knew at that point was that my life of often dramatic ups and downs… Had become a life that was much more steady in happiness.

Bad things could happen, but nothing seemed to stick. I still had plenty of challenges but also an eagerness to take them on.

Enlightenment, Five Years In? Quite Some Changes!

Now five years in, Enlightenment has deepened so much.

Have they been the happiest years of my life? Not always!

I’ve gone through some very difficult experiences on my path.

At times I’ve thought, “Enlightenment, schmitenment. What good does it do me?”

But over the years my capacity for joy has increased to a level I never knew was possible.

My enjoyment of life is so much deeper, a relish for life that I feel in every cell of my body.

I’ve been through multiple virtual reincarnations.

What this means, as I understand it, is that many of the karmic setups for my original life are no longer in place.

As Rose explained to  me, certain things are set–like my basic body and life experiences and my identity as a soul. But everything else is negotiable.

Enlightenment, Five Years In. Such a Contrast!

Thinking about some of my past identities, when I was growing up…

I was identified so deeply with family angst. Once a friend in college drew a caricature of me. She drew me with glasses and a big chest and a thought bubble over my head that said, “My family is so f-ed up.”

It was affectionately meant, but wow! That was my identity.

I was so hung up in the pain of my family past. And bound in by so many limitations. I had karma I couldn’t budge. No matter how hard I tried, I could not succeed.

I was an unskilled empath. Heavily burdened with other people’s pain, I had no idea who I was. And I accepted many limitations as life long realities.

Long Before Enlightenment, Identifying as a Lesbian

As a college student I found a new identity as a lesbian. It was like a second chance to move past limitations.

It helped me to escape many mental cages and expectations for gendered behavior that had limited my life.

For many gay and lesbian people, they know their orientation from the time they were children. This was not the case for me. Attraction for other women came late in life, in my twenties.

It is not that it wasn’t real. And I’m very happy that I allowed myself to explore that possibility for my life. But in hindsight, I can see that, at bottom, I was grasping at a way out of my personal prison of pain.

As Rose has said about some people who decide to transition from male to female, or vice versa, sometimes people can latch on to their gender identity as the main problem in their life. When in reality they are in pain because of “STUFF.”

For almost 20 years I identified as a lesbian, even though I never had a girlfriend (or a boyfriend either) during that time. In those years, as Rose said in a session, it was as if I had a huge auric “Keep out” sign over me that everyone could perceive. I can see how identifying as a lesbian was my best way to protect myself and move forward in my personal growth.

Enlightenment, Five Years In. No Longer a Lesbian

Through sessions of Soul Energy Awakening Hypnosis®, I have moved out so many frozen blocks related to traumatic experiences with men.

Now, after so many years identifying as a lesbian, I find that I have attractions to men.

At first this was pretty distressing to me. It really messed with my identity.  I worried that I was going against my soul’s purpose.

But what I think now is that it is just the nature of virtual reincarnation. I will experience many lives within this one lifetime. And there is no point in hanging on to experiences that you are finished with.

I absolutely do not want to suggest that this is the truth for other gay and lesbian people. I do not believe that at all. It is a sacred and beautiful path, and it was my path for many years. But my path has changed again.

One of my intention focuses in personal growth lately has been “enjoying my body.” As with other goals I’ve taken on after Enlightenment, progress has been lightning fast.

Recently I’ve lost 10 pounds, going on my first ever diet. And I’ve developed an active and fit lifestyle. I started wearing makeup, dressing much better, and paying attention to my appearance.

For the first time in my life, I feel attractive and really enjoy the experience of living in my physical body.

Enlightenment, Five Years In, So Much Is Possible

There are many things I have desired in life that I previously thought were impossibilities for this lifetime:

Now I know all of those things are achievable.

Another big change involves friendships. For many years between college and my life now, I had almost no friends.

I was a deeply social person whose biggest interest in life, and many talents, are related to connecting with other people. But my personal life was a desert! I substituted watching television and reading books for having connections to other people.

I have always identified with my mind.

Suddenly I find, I’m just not interested in either activity anymore. I don’t want to live vicariously through other people.

(Interestingly enough, I remember making this goal in high school. Even then, I knew the direction I wanted to aim towards.)

I realized with shock this year that instead of reading my usual 100 books this year, I might only read 5. And I’m all right with that.

Now I have a deeply fulfilling social life, blessed with many wonderful friendships.

In my work life, I went from a reality where I always had an awful boss who I was afraid of, and I worked really hard with no reward or notice, to a reality where I am a respected and admired professional, who works together with my administration to achieve goals that I set, helping to bring needed services to the community.

By Now, If I Had to Die… I Would Die Happy

Although there are many things I want to achieve, if I were to die now, I would die happy.

If I die single or if I die broke, it doesn’t matter.

My life is a glorious adventure.

I am fully engaged in life, enjoying the process. And I am of service to the world through my auric modeling and my actions.

I am excited about future goals–such as finding a life partner, making money, learning energetic literacy, becoming an RES practitioner, and helping to bring RES into the world.

But there is a feeling of wholeness and fulfillment to my life as it is here and now.

In enlightenment, when you choose a human goal, you can probably attain it.

And something I now understand — this is spiritual.

It makes me so happy when friends from the blog reach Enlightenment. Because I know now that it is a big, big deal for all of us.