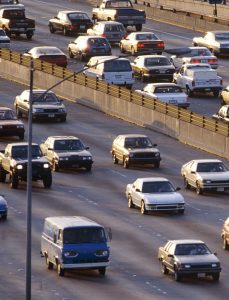 Jean Liu Aura Reading. What does that have to do with easing traffic congestion? Find out.

Will we be inspired by this aura reading? Or just find that Liu is tough as nails? Maybe slammed shut inwardly? Closed like the trunk of one of the cars. In the ride sharing service she pioneered.

Jean Liu Aura Reading. So We Can Explore…

Why choose to read her aura? Because it has been a while since we had a contest here at the blog. Although I did award the three prizes, back then, we had so many other great nominations. Today I thought it would be fun to research someone else from that sparkling collection. So I chose a fascinating nomination from SEAN M. As seen in his Comments 90-92. As SEAN noted:

Jean Liu is cool to me, after reading about her in Wired magazine. Because she has huge ambitions for her company to be a global tech and transport giant. She has a clear vision for the future that was born with the frustration of Beijing’s dreadful traffic.

I believe Jean Liu wants to be of service to the world with her company that aspires to serve global transportation. Also revolutionalising the shared transport with AI technology that will reduce the amount of traffic and pollution globally.

Here’s a link to the photo I’ll use for this Jean Liu Make Money Aura Reading.

Incidentally, I’ve done many aura readings about success over the years. Find them at Best Celebrity Aura Readings.

Now here we go. Faster to read this than to take any car. In China or elsewhere.

18 feet. Refreshingly, the size of this chakra databank falls within normal range.

Golly, you wouldn’t want to compete with this woman. Never get in her way.

Although not ruthless, this executive stands firm making a difference. And making money.

Out to the sky. Habitually over-functioning, seems to me.

Have you ever heard this expression? “Born with a silver spoon in her mouth.” Seems as though that applies to Jean Liu.

Both exceptionally confident and feeling confident in the business world.

Again, not ruthless, exactly. But masterful. Beyond self-confident.

According to Wikipedia, she is the daughter of Chinese businessman and Lenovo founder Liu Chuanzhi, and the granddaughter of Liu Gushu, a senior executive banker at the Bank of China. Perhaps like business royalty in China?

40 feet. Seems within normal range for this woman.

Polished manners, polished to the point of SCARY.

She’s going to win. Expect employees and rivals to quickly get the message.

What a high opinion she has of herself! Discreetly hidden, of course.

Emotionally, seems to me, Jean Liu has very selective awareness of her feelings. Like fundamental attribution error taken to extremes.

Overall, there’s far less passion about emotional life than making money. And going after whatever human achievements (and trophies) she desires.

80 feet. Somewhat over-functioning, yet typical for Jean Liu at this time.

Power-based. (Like all of Jean’s chakra databanks I’ve read so far.) Born to power. Totally comfortable among the rich and influential. Expecting everyone to listen to her. Respectfully listen.

“Powerful people are like gods on earth.” And that’s good enough, worship-wise, for this woman who was born to wealth and power.

Jean Liu has a lot in common with other successful business people whose auras I’ve read. Intellect rules, not emotions.

And how do these money magnates look, especially when young? You can expect a physical appearance that is not ostentatious. Nonetheless, they’re impeccably groomed. Look more closely and you’ll find the best clothing and products that money can buy; for some, excellent cosmetic surgery.

Appearance-wise, Jean Liu fits right in. This combines with youthfulness. Altogether making her look like a nice person. “Sweet” was my first impression.

Is inwardly refreshingly sweet and nice?

Nothing of the sort, not Jean Liu. Seems to me, she’s playing a different game in life altogether.

Priorities for her are not womanly (despite the three children). Rather, Jean Liu is exploring power. Using business superbly.

Not in a wicked way. Perhaps, though, with a potential for ruthlessness.

For sure, she’s made a fine choice for her business. Commendable, as SEAN M. has noted.