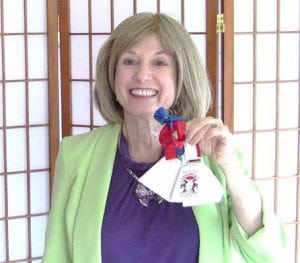 ERICA Enlightenment. Come learn about the latest member of our Energy Spirituality community to move into a permanent higher state of consciousness.

ERICA Enlightenment. It’s the highlight of my day, having just facilitated Energy Spirituality Enlightenment Validation during a Skype session.

Onto the Enlightenment Life List she goes. The main one.

And also the list of folks from our informal Energy Spirituality community. People who have moved into Enlightenment.

Age of Awakening Enlightenment, That Is

If you’re a spiritual seeker, what do you owe yourself? To learn about this new kind of Enlightenment available on the planet.

Yet huge spiritual evolution is available to us all.

What else can I tell you? Something that’s relevant but still protects ERICA’s privacy…

Does that surprise you?

Yet this Enlightenment Coach does not necessarily recommend meditation. Instead, I favor doing 20 Daily Minutes of Technique Time. Your choice!

This book explains the process. Plus plenty of useful knowledge you won’t find elsewhere. Knowledge about living now, in The Age of Awakening.

I decided to keep track of the people who joined the list recently. Did they meditate?

Interesting, isn’t it? When even cool dating websites survey “How often do you meditate?”

Needing to meditate in order to evolve rapidly? That’s soooooooooooo Age of Faith.

We’re in a different era now. The Age of Awakening!

Perhaps ERICA K. will find time to write us a guest post. Or maybe not. Since she’s such a busy lady. Doing important work in the world.

Now her auric modeling will make that work even more effective. And help her to evolve faster than ever. Being herself.