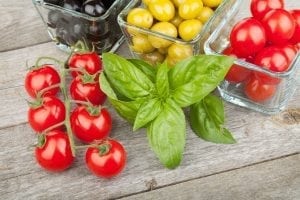 Eric Ripert Empath Merge. Get a taste of what it’s like to be the renowned chef.

Eric Ripert is a world-class chef. Also an inspiration. Wait until you learn about his work.

Hint: It’s not just some any old, background place. Like where Seinfeld and his cronies sat by the hour.

First of All, Why Eric?

Let me give you infinity-sign-sideways reasons. Courtesy of KAYCEE, these reasons. Since she introduced me to Ripert. (Maybe introduced you, too?) Through a contest entry months ago.

Have you heard of this foodie hotshot  before KAYCEE?

Anyway, how ’bout these reasons to be curious?

BTW,  if you fall in love with him, Blog-Buddies, good news:Eric Ripert stars in the TV show,  “On The Table”.

If you like today’s Skilled Empath Merge, you can watch a YouTube sample. (I’ll save that for the end of this post. After you’ve learned about him from my research. Into what he’s like to be him.

And, yes, you can count also count today’s Skilled Empath Merge as a treat. 🙂

What Is Skilled Empath Merge?

Quite simply, it’s the deepest kind of deeper perception. The sequence goes like this:

Choices 1-3 are available to anyone. And links above refer to ways that I can teach you. Distinctive ways!

By contrast, only empaths can learn techniques for Skilled Empath Merge. And, as you might guess, not just born empaths. (1 in 20 people) Skilled Empaths.

Here’s a good introduction to becoming a skilled empath. (Complete with a video.)

While this little chunk o’ website can greatly expand what you think empaths can do. (Also complete with a video.)

Researching Eric Ripert, I’ll use this photo. By all means, open it up. If you’re a skilled empath, aura reader, face reader, or expression reader… Go to town. BEFORE reading my set of observations.

Magnificently earthy, his experience is. Seems to me, Eric Ripert is absolutely in love with the physicality of being alive.

Regarding tastes, I’ll make this analogy.

You know how a bass note in an orchestral chord brings a kind of security? That’s like how Eric Ripert’s sense of taste comprises deliciously deep notes of flavor.

Sure, he appreciates flavor notes like higher notes in a musical chord. What’s fascinating is his capacity for the underlying flavor.

Personally, I’d put it this way. Eric Ripert can take in a lushness of sensuous experience. Plenty more than would overload most people.

Of course, if he’s applying his love of texture to cooking food, no worries. Customers will only taste as many refinements as they can. Simply not noticing the rest.

Eric Ripert’s talent for life includes being lucky at gaining wealth. He’s interested, sure. Because he aims to do great things in life. Aiming to make a big difference to others.

But making money isn’t the focus in this chakra databank. More he’s deeply responsible to society. And thoroughly an artist. Speaking of which…

As part of the marvelous career he’s having, sadly…

Creativity connects straight to Eric Ripert’s personal ego. His sense of his own magnificence.

Therefore, he’s very protective of what he creates. At the time of this photo, he may surround himself with yes-folks. Need to hear only from the yes-folks.

“Why create if I won’t be praised?” That’s about the sound of it.

Could be, Eric Ripert’s views are not as varied and nuanced as his food.

What’s especially beautifully here is that fairness needs action. Seems to me, he requires deeds to match his opinions.

And wouldn’t the world be a better place if more of us stood up for fairness?

Different from Eric Ripert’s status, that is. Such as the hungry folks he feeds through his restaurant.

Quite possibly, Eric Ripert feels far more passionately about food than about people.

And more about fairness than about individual people.

Granted, he does make an emotional connection to people. Just not a very strong one.

All of us humans are far more specialized than we know… until we start reading auras.

Or learning to do Skilled Empath Merge.

His spirituality comes out so strongly when he is serving, creating, cooking. Glorious!

When you read the bio at the top of this post, yes! You learned that Eric Ripert has worked hard for his success.

And besides being a 3-star Michelin chef, he does good works.

Funny thing is, did you get a sense of what he’s like? Just because of details like these.

As usual with deeper perception, you learn a fuller story. For Chef Ripert, it’s a story of talent. Good character. Definitely good works.

But it’s also a story without much emotional connection to people. Or to the Divine.

Perhaps this puts my reaction most simply. Much as I admire Eric Ripert… I’m sure glad I don’t have to be him. How about you?

And finally, let’s not forget!