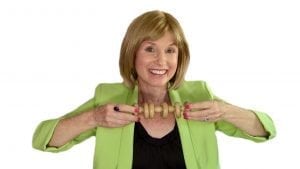 When Maharishi Wept. It’s a pivotal moment in “Bigger than All the Night Sky.” Today I’d like to share it with you. Sound recording included.

When Maharishi Wept. This is one of my favorite teaching tales in the new memoir, Bigger than All the Night Sky.

During my years as a TM teacher, I had many friends who went on staff with Maharishi Mahesh Yogi. Never me, though.

Since then, as an Enlightenment Coach, I’ve played a role that would have been unimaginable then. Since back in the day, I feared that I’d never, ever move into a higher state of consciousness. Among the 10,000 aspiring initiators trained by Maharishi, I didn’t stand out in any way.

Except, maybe, in my inspiration to write and read poems. These I shared because I felt pulled from inside. Certainly I never expected that any of them would cause Maharishi to tear up.

When Maharishi Wept. Unexpected and Humbling for Me

Especially since, at the time of this memoir, I hung on my guru’s every word. Every expression. Such an understatement to say that I was a devoted follower of Maharishi Mahesh Yogi.

Have you ever had a big-deal hero? Someone who seemed larger than life. Inspiring a unique kind of love.

That’s the kind of relationship I had with the great world guru. As described in the final five chapters of Bigger than All the Night Sky. About growing up spiritual but not religious. Autobiography about a New York girl’s years up to 23.

And the weeping part of the story involves a particular poem that I read him. During a group meeting in Mallorca, Spain.

When the Teacher’s Response Means so Much.

So When Maharishi Wept, It Was a Big Deal to Me

Decades later, I went on to found RES… And train RES experts... And help many clients long term, including some who’ve moved into Enlightenment.

During sessions of RES Energy Healing, sometimes my clients have wept. Same with the workshop that ended last night: Love + Light + Power for Gaining Wealth.  Where comments at graduation were among the most moving ever.

And sometimes clients have caused me to weep too. Such as one session this year.. When I was able to help a client who’d been out of touch for ten years. But then Joe came back for help. After his daughter had just committed suicide.

Never, though, has any of my students or clients treated me like a guru.

Because I wouldn’t stand for it. Given many, many reasons.

Including this big one: The Guru Game is totally different now, in The Age of Awakening.

When Maharishi Wept, How Unusual Was that?

Back in the day it was a remarkable. Moving my guru to tears? Unthinkable!

Never again did I witness Maharishi showing such a reaction. Despite spending over a year in his presence. (Due to regularly taking his courses for TM teachers from 1971-1975.) Plus I spending innumerable hours watching video recordings of my guru.

Sometimes he moved his entire audience to tears. But weeping himself? Not really.

When Maharishi Wept? It Happened While I Read Him This Poem

Today I’d like to share that poem with you. Through a sound recording excerpt from Bigger than All the Night Sky.

A recording that I dedicate to you, if you’ve ever loved a spiritual teacher.

Or dedicated yourself to a religion.

While caring so much, it meant all the world to you.

Have a listen, Blog Buddies. And comment in any way you like. Maybe some of you will even share poems that you’ve written as part of your spiritual journey.