Financial Balance. Demand It. Develop It. 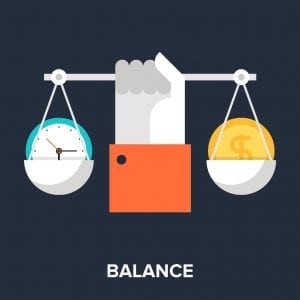 Today, Part Two of Three in this series concerns Energy HEALING. And what a client and I learned from a session of past-life regression.

Incidentally, Part One might be good to read before continuing. So here’s your link.

You can imagine: As the Founder of RES, I’ve had quite a lot of experiencing helping folks end a terrible kind of suffering. The kind that comes from spending out of control. No amount of success can remedy that.

Ideally, RES sessions come after, not instead of. Although many of us believers in mind-body-spirit may be tempted. Sigh! Tempted, sometimes, to take a spiritual bypass. Avoiding the relatively un-flashy path of solving human problems by using human skills.

Financial Balance Can Benefit from

Yet none of this has really solved your spending problem.

Could be, human-reality-based strategies aren’t enough. Despite your best efforts. Then you might a good candidate for some responsible and effective energy healing.

Let’s start exploring that option with a story. Ambitious Joe came to me for a session of past-life regression. (As you may know, Blog-Buddies: The kind I facilitate is Soul Energy Awakening Hypnosis®.)

Joe choose the goal “Living within my means.”

Walking down the street, Giuseppe cuts quite a figure. From his crisp top hat down to his perfectly fitting shirt and immaculate vest.

Swinging his ornamental cane, this dapper young man looks splendid. He doffs his hat to an acquaintance who passes him along the street.

Financial Balance? Quite the Opposite

Arriving soon at an upscale building for a prominent financial company, does Giuseppe enter?

You’d expect that. Since he looks like the kind of man who would work there.

But no, actually. Giuseppe passes by the rather impressive entrance to that financial company.

Instead he walks around to the side of the building. Opening a nondescript door that most people would probably miss. But Giuseppe knows this place. And soon he starts walking downstairs.

Relief and excitement pass through him. Because Giuseppe hears the voices of his buddies… and the familiar sound of a roulette table.

Only first he must speak with Mr. Money, the guy in charge of extending credit.

You see, Giuseppe already owes a lot to this casino. But he needs more credit. Urgently! As he tells Mr. Money, “I’m going to be able to win a lot tonight.”

Next, the Really Fascinating Part of This Story

As Joe’s session continues, I guide him through removing frozen blocks of stuck energy from the past lifetime as Giuseppe.

Increasingly, details emerge. What lay in this gambler’s mindset? A few especially interesting excepts follow in Part Three of this little series of articles.

For now let’s pause and consider.

Every one of the kinds of STUFF mentioned here might be a factor, for instance. And then Large Intensity Frozen Blocks might matter, too. Good to know that STUFF can always, always, always be healed!

Does it make sense to you that STUFF could be influencing your money habits?

Money Smarts. How to Live Within Your Means
Prosperity Beliefs? When They’re THE PROBLEM.