Ezra Klein Aura Reading. The Sound of an Optimist 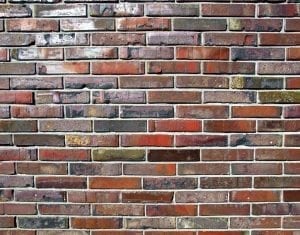 Ezra Klein Aura Reading. Learn about the beautiful way this pundit’s voice has in common with an elegantly constructed brick wall.

Ezra Klein Aura Reading. On this Independence Day, optimism rules. And thus I’m awarding the final prize in our “Makes You Smile” Contest.

As D. pointed out in her nomination, among pundits Mr. Klein is distinctive:

Adding to the fun, what did D. request for his prize?

A Voice Aura Reading. Yes, an…

Curious about the idea of doing a Voice Aura Reading? Here’s background on that technique. I love reading auras that way.

Because it’s a voice-based way to read auras. Want to browse more of these readings?  There you go!

While here are links to our other contest winners:

Read about this remarkable pundit here. The Editor-at-Large of Vox. And an inspiration to news viewers who seek hope these days. Not just an endless series of Trump clips.

And which sound recording will I use? Since you can’t do sound-based aura research without sound. Seems like D’s nomination is perfect.

And off I go, aura-exploring. First, the RES Preparation Process. Then Listening. Pausing. Moving in consciousness into one chakra databank at a time.

Wise beyond his years, that Ezra. Never “Klein” or “small” in his pundit’s understanding.

At least, that’s what we see on the surface. How about what this chakra databank shows?

80 feet. Somewhat over-functioning at the time of this podcast.

Exceptionally responsible, Ezra Klein is meticulous with work. In other roles too, like family relationships, he’s task-oriented, valuing high standards, expecting them of himself.

How about subjective qualities, like caring? That shines through when he does his:

Whatever his dance of doing may be, no shortcuts for Ezra Klein.

The man has such a loving heart — we’ll get to that later in this Voice Aura Reading. Basically, love brings life to it all. And brings steadiness. Like the way that mortar holds the bricks together in a well-constructed brick wall.

Maybe bloviating pundits from Fox… could learn a thing or two from Mr. Klein.

Brilliant and meticulous though this man is, caring brings him to life. When he discusses facts (which he does a high proportion of the time), why do those facts matter? Because he cares about them.

By contrast, when Ezra Klein discusses opinions, or ideas based on opinions — sure, that’s subjective. But he’s never far from the facts, what’s happening in the world around him.

Blog-Buddies, some of us may have had to work hard at learning about objective reality. Stopping all those unskilled empath merges. And gaining Empath Empowerment®.

He’s no empath. Nor is he a Highly Sensitive Person (HSP). (Out of curiosity, I just researched this from his photo at the page with the podcast. At this point in my progress using the technique for Voice Aura Reading, that’s just too difficult to do.)

Anyway, here’s a useful takeaway from today’s article, if you’re still learning to distinguish something quite different. Not discerning the difference between objective reality versus subjective reality. Rather, not mixing up these very different aspects of being a person:

I’d say, Ezra Klein nails five of the seven. Helpful for those of us who explore deeper truth through deeper perception? Let’s not mix them up.

Here I think of moviegoers discernment. Do fans of the movie “Snow White and the Seven Dwarfs” mix up Happy Dwarf with Grumpy? 😉

Seems to me, few professions are riskier, or more ruthlessly competitive, than trying to earn a living as a professional pundit.

Therefore underlying motivation would reveal a great deal about any particular pundit. Of course, if you aim to learn about what drives a person, it’s smart to start with the heart.

That’s why I planned to include chakra databanks about emotional giving and receiving, planning this long before I started to research Ezra Klein for this article.

Although I’d watched and listened to him before, I thought his emotional giving would reveal a lot about him. Even though I’d never read his aura before, of course I got to sample his auric modeling. Subconsciously, then, I could tell what a kind man he is.

Appreciating people, wishing to like people rather than criticize them — wow! This inclination shines out Ezra Klein’s voice the way that shine leaks out of sunshine.

Liking people, emotional openness, and preferring to like people? This shows front and center in the vibrational signature of his voice.

How could I have never noticed before, casually listening?

Blog-Buddies, the skill set that I’m using for you here… it counts among my first hundred experiences of Voice Aura Reading.  Hope it fascinates you as well as me.

Ezra Klein does gusto. He enjoys life. That’s his default. No wonder he struck D., our contest winner, as an optimist. One definition of optimist is this, straight from today’s voice aura reading.

An optimist has such a habit of enjoying life, he/she expects to continue finding life good, enjoyable, luxuriantly delightful. So that is what he’ll emphasize.

Choosing to observe what’s enjoyable. Thinking in ways that lead to happiness.  Forming beliefs that amplify joy. And selecting details to reinforce the ongoing zest for living.

Yes, maybe optimism isn’t a cause but a consequence. Today, may you live so joyfully and independently, Blog-Buddies, that others might call you “optimistic.”