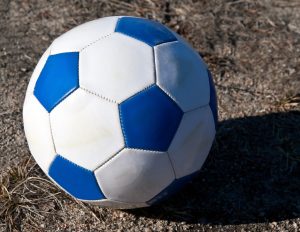 Wayne Rooney Face Reading celebrates a great soccer player. (That’s football, to some of you Blog-Buddies). Why read his face? Because Rooney’s second stage of career greatness is rocketing off.

Especially exciting to me, Wayne Rooney has joined my local team, D.C. United. Like a second-stage rocket burning fuel and and then flying faster than ever, he’s taken off… by playing impressively, as in this recent, extraordinary, last-minute triumph. On the night of this game, I demanded to see this clip over and over again… astounding my husband. Although we’ve been friends since 1975, he’s never known me to watch even one “instant replay” of any sports anything.

Incidentally, 1975 was the same year that I started to study face reading, the ancient art of reading faces for character. By 1986 I “turned pro” and began teaching my system, trademarking it as Face Reading Secrets®. And it’s still the only trademarked face reading system in America.

Back at Wayne Rooney, what if you’re not familiar with this “older,” 32-year-old, soccer import from England? This guy makes for fascinating reading. As in this story about Rooney.

What could be more fun than reading Wayne’s talent-rich face? Let’s have at it.

Essentials Come Next, Your Intro to Face Reading

As noted previously, Face Reading Secrets is the system I use, different from other forms of physiognomy. You’ll sample some of the details here in today’s article.

Would you like to start off with an introduction? I’ll bet you learn things you didn’t know

from this introductory face reading video I’ve made. (Consider that I made it just for you. 🙂 )

And what if this intro, and article, inspires you to learn more?

Finally, I’ll include one more link, this one about RES Face Reading Sessions. To qualify for one, you don’t have to become a world-class athlete. Just choose which type of session you’d like to receive and then make your appointment.

What else? Which photo of Wayne Rooney will I use for today’s face reading? This one. Please open up this link so that you can see the truly fascinating quirks of his face data.

Maybe take a first look and make note. Do you see anything that contributes to Rooney’s success? This physiognomist sees plenty.

When you look at a face on the level, sometimes one part of a person’s cheek will stick out more than the other. Either just one cheek or both cheeks. In Face Reading Secrets that’s called “Cheek Emphasis.”

A special talent for performing well under pressure!!!

Putting himself in a position where he’ll have to have to push himself? And could he pay the price for that later?

With that video clip that I’ve given you a link to, above, it’s astounding to watch this 32-year-old in action.

What doesn’t that clip show? The price he paid. How tired he might have been afterwards.

In his case, Wayne Rooney probably doesn’t care; it’s part of the deal for him, playing with guys 10 years younger. Or maybe he’s sturdy enough so that he doesn’t really get exhausted from using his talent in that spectacular fashion.

Still, it’s interesting knowing about that potential challenge. Including that is essential for the system of Face Reading Secrets… and for applying this info to your own face, should you also have Close-Set Cheeks.

With this item of face data, the cheeks stick out most high up, under the eyes.

Usually when you see High Cheek Emphasis, it’s due to bone beneath the skin, not so much related to muscle.

But there it is. Take a good look at Wayne Rooney’s face and you’ll see it. High up and also out towards the sides of his face.

Power oomph can surge when he has a sense of rightness, that something needs to be said or done.

Or, in  Wayne Rooney’s case, something needs to be kicked. 😉

He’ll find extra reserves of energy and strength, just to fulfill his sense of what is needed.

In most of our lives, High Cheek Emphasis doesn’t impact playing soccer (or football). It applies to calling people on their unethical behavior.

Interested in Learning More about the Face Data on Cheeks?

I’d recommend “The NEW Power of Face Reading,” starting with Page 133. You’ll find a chapter dedicated to the fascinating, power-related characteristics that show physically in our cheeks.

Interested in Learning More about  Wayne Rooney’s Face, and What It Means Inwardly?

Next blog post will be Part Two. And it will include an item of face data that is even more unusual that what I’ve reported on here.