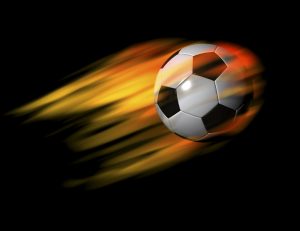 Face Reading Wayne Rooney. So much talent shows right there, if only you know how to find it!

Face Reading Wayne Rooney, I’m going to show you face greatness. Since today you’ll learn even more about this amazing soccer player. Including one item of face data I’ve never seen before (although as a professional physiognomist, I’ve read lots of faces).

Blog-Buddies, I’ve saved the best face data for last. Kind of like Wayne Rooney’s spectacular plays in the final minutes of his recent game for DC United.

Incidentally, you’ll find a fabulous video clip documenting that at Part One of this Two Part Face Reading. Might I suggest that you read that earlier article first, before continuing?

As always, I’m using the system of Face Reading Secrets®. Noted here because all face reading books and workshops aren’t alike, not at all.

With the inner characteristic that out-pictures in his face, Wayne Rooney has a distinct advantage over his competitors (unless they also have the Passion Power Style).

Folks with this power style start with big ideas. Then believe in them passionately. Such as a wild idea about how to score a soccer goal, that Wayne Rooney thinks about and smiles about…. And then achieves.

With this power style, the idea is real, not the obstacles.

Incidentally, 1 in 4 American presidents has this power style — on one side of the face or the other, or both. Ordinarily it’s more like 1 in 200 people.

How closely can eyebrows hug a person’s eyes?

Never more so than with Wayne Rooney. Where would there be extra space between them.

Wayne Rooney has got the VERY version, bringing equally intense inner talent. Speaking of which…

Nobody is more spontaneous, when it comes to coordination between thought and speech or thought and action.

Wayne Rooney thinks it. Then he does it. Fast as a lightning flash.

Blurts things out when talking to people?

Unsettles other soccer players because he’s just so darned spontaneous?

Here’s the glory of Wayne Rooney’s face, seems to me.

Even though I’ve been reading faces for meaning since 1975, I’ve never seen this particular characteristic before.

And, as with his Lowbrows and Passion Power Style, Wayne Rooney has got himself a VERY version: Inwardly intense, just as outwardly it’s a very strongly sculpted facial characteristic.

Check out the rectangle at the bottom of Wayne Rooney’s face.

Besides the Straight Chin Bottom, he’s got a fleshy mound of muscle and it creates a kind of box.

For those of you who are familiar with the “Macho Knobs,” there I’ve described as a different chin characteristic. You’ll find it in “The New Power of Face Reading,” the “Chin” chapter, starting Page 223. While a Macho Knob is round like a doorknob, this Chin Box is a rectangle, shorter than it is wide.

Aggression, like that of a wild animal for whom pursuit of his prey is partly survival and partly one of life’s greatest pleasures: Figuring out what to do, then doing it. And striking down anyone that might get in his way.

Living with that uncommon degree of ruthless competitiveness — perhaps that just might be hard to live with, you think?