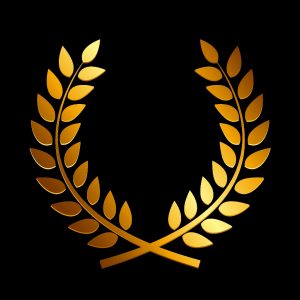 John McCain Aura Reading can open up your heart of compassion. Learn how he recovered from torture.

John McCain Aura Reading today. Because I join with the millions who acknowledge his life of public service and honor. Especially I’m curious about this….

How did the Arizona Senator regain trust of life, people, reality, of anything really? Regain trust after years of torture as a prisoner of war. That’s what I’ll share with you today, through a comparison aura reading.

Whether or not you know about the torture part of McCain’s story, it may astound you every time you read what follows here. Certainly, I’m moved every time, awed by his strength of character.

Did You Know This about Senator McCain?

Because his father was the commander of all American forces in the Pacific during most of his five and a half years of captivity, Mr. McCain, a Navy lieutenant commander, became the most famous prisoner of the war, a victim of horrendous torture and a tool of enemy propagandists.

Shot down over Hanoi, suffering broken arms and a shattered leg, he was subjected to solitary confinement for two years and beaten frequently. Often he was suspended by ropes lashing his arms behind him. He attempted suicide twice. His weight fell to 105 pounds. He rejected early release to keep his honor and to avoid an enemy propaganda coup or risk demoralizing his fellow prisoners.

Among the lifelong effects of this torture? Never again could he comb his own hair. Or perform any routine tasks that required lifting an arm over his head.

Therefore, I can actually research to what extent the torture that John suffered… created inner disability.

Or whether he triumphed over that, using his inner reserves of courage and freedom of choice.

Learn more about aura reading here. Please note, I’m using a unique system. So this is probably not at all what you’re used to from other types of aura reading. However, all RES experts have developed fabulous skills at doing this, and you can too.

Our Torture Ending Photograph shows McCain in 1973, as Lt. Cmdr. Jay Coupe Jr. escorts him to Hanoi’s Gia Lam Airport on March 14, 1973. Incidentally, don’t fear opening up this photo, Blog-Buddies. Except for looking emaciated, the former prisoner does not show visible signs of  torture.

And I’ll read his aura for you so that you don’t have to, personally, delve into all of that intense suffering.

Our second photo shows Senator McCain at work… during what looks like a routine day. Given that this photo dates from 2016, this is like a typical day at work. Well before the brain cancer diagnosis. Accordingly I’ll simply call this photo 40+ Years After the Torture.

Flatlines. Not only does John McCain have zero trust in life. More that he’s barely holding himself together while walking in public, being photographed, moving towards freedom.

Terror dominates his consciousness to such a degree, it’s like being woken from sleep by his own screaming, night after night.

Hardy! However he’s managed this, it’s a huge achievement. Since John McCain trusts life in itself to be fairly normal and fairly fair. Beyond that, he trusts in his own personal toughness, savvy, determination, and efficacy.

Evidently Prisoner McCain has sustained himself by holding firmly to his ideals. Most notably, remembering every hero he’s ever known. Idealizing heroes, and their contributions to honor — this has helped him to carry on.

Such a magnificent act of free will!

Seems to me, at this time, in John McCain’s subconscious-level databank about trusting people, humanity falls into just two categories: The torturers and the heroes.

Maybe this doesn’t seem notable, not in a seasoned high-level politician. Yet it’s remarkable. Some folks would never have come back. John McCain’s reasonableness and pragmatism don’t depend upon hatred.

IMO, that’s another personal triumph of will. Both a great achievement for the senator’s personal growth and also a way that the former captive has made an inspiring contribution to humanity’s collective consciousness.  Perhaps  he’s written a chapter in the Book of Human Life: “How to Triumph over Torture.”

Tempting though it is to give up on people and consider them all irredeemably wicked, the newly-freed prisoner pushes against that temptation. Rather, he yearns to believe in people again. And eventually to forge new relationships, characterized by a reasonable, sane, cruelty-free, give and take.

Sharing power with good people, even during disagreements, seems near-impossible to John McCain right now. But he insists on believing in that possibility.

Out to the moon. Significantly over-functioning.

After so many years in power, years of political adulation, Senator McCain has developed… How shall I put this?

Perhaps like this: a rather colossal reverence for his own importance.

Thus, at the time of this photograph, McCain’s way of sharing power is like the kindness of a benevolent despot. Meaning, a person of great importance who entertains conversation politely. Nevertheless, privately, he’s quite certain of being always and absolutely right.

Flatlines, completely shut down for now. Seems to me, at this time,  John McCain considers his human heart to be “busted.”

40 feet. Magnificent change, moving all the way to the large side of normal!

Most notably, sweet but stuck. Sure, that’s my simplest way to describe the great man’s Heart Chakra Databank for Emotional Growth. Almost as if he’s managed to recuperate from the torture enough to resume having normal-ish emotional reactions to what happens in his life. After that colossal achievement, he’s “done it all.” Absent is the need to grow further.

Blog-Buddies, that fact that you’re reading this far into a long and complex aura reading… suggests that you possess way more emotional curiosity than the late, great senator.

20 feet. Within normal range, but lacerated with pain. As if he’s often cried out to God for relief. Yet not found it.

Like so many successful public figures, Senator McCain has no real need for a God.

Admirably, unlike many a politician, he doesn’t pretend otherwise.

Perhaps today’s comparison aura reading of Senator McCain has opened up your heart of compassion. Did for me!

Moreover, if any of you readers are new to RES-style aura reading, or you learn about the related specialty of Skilled Empath Merges, I hope you hear this:

Deeper Perception, to be practical, requires compassion. All too often, you may encounter folks who prefer doing quick research that labels people. You won’t find that here. Even though some aura readings are more positive than others.

Why take the time to explore the complexity of a fellow human being? Because they’re like you and me — complicated.