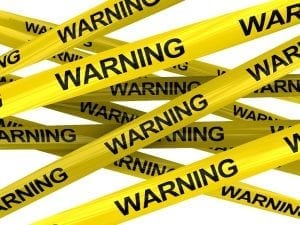 Conspiracy Theorist Aura Readings available. Are different conspiracy theorists really very different from each other? Will any inspire us? Or maybe not.

Conspiracy Theorist Aura Readings. Yes, Blog-Buddies, I’m aiming to open up a conversation here on the theme of “Consider the source.” Energetic literacy skills can tell us a lot about different conspiracy theorists. How truthful are they? Are they in touch with reality? And more.

Accordingly, I plan to research the aura of one famous conspiracy theorist, doing that today, in our main post. Following that, I’ll open up COMMENTS conversation to include nominations by you, requesting aura readings. Supplying this kind of “can’t fake it” research, I’ll provide info on that conspiracy theorist’s chakra databanks, one comment at a time.

Because, of course, they’re not all the same.

Many conspiracy theorists are, clearly, persuasive. But will we find a single one who is honest, inspired, generous, trustworthy?

Only once before have I had an open thread — for as long as I could stand it — to help us explore the auras of some highly convincing experts… who were spreading a dubious expertise. In the case of that previous blog post, I read auras of another fascinating and influential group of experts. Many of you Blog-Buddies nominated public figures and then we shared some free aura readings, helping us all to gain discernment.

But before I begin today’s research, on James Tracy, maybe you’d like to know what got me interested in researching conspiracy theorists’ auras.

Blog-Buddies, I have no interest in conspiracy theorists. Some of my friends might, but we never talk about that.

Personally I haven’t been remotely curious. Perhaps because my father’s side of the family escaped the concentration camps “inspired” by one of the most influential conspiracy theorists of all time, Adolph Hitler.

But then something happened last Saturday to pique my interest.

Would You Have Guessed This? Not Me.

Recently I facilitated an RES session for “Joe.” This occasional client wasn’t doing so well, aura wise. In order to help him, I wound up doing a Consciousness Positioning® Consult.

Because the more we investigated what was throwing Joe’s aura out of whack, the more it appeared that one hobby in particular was causing him trouble: Following conspiracy theorists. Joe wasn’t sure whether or not to believe them. Yet they sure were confusing him.

Sometimes he’d read America’s newspapers of record, the New York Times, Wall Street Journal, and the Washington Post. But when Facebook offered him posts from conspiracy theorists, Joe got hooked. And the more he read, the more he wondered which news was real and which news was fake.

So here’s how I prepared to research the impact on Joe’s consciousness of reading Facebook posts from one of his standby conspiracy theorists, Gladys. Before I go into detail, take a moment to guess, Blog-Buddies.

Did you know? Everything you do during your waking hours has an immediate impact on your aura. Sometimes good, and other times not so great.

Turned out, the impact on Joe’s aura was freaky weird.

His innocent hobby of “trying to understand more about what’s going on” had a terrible impact on him.

In Joe’s case, he suffered more than an immediate impact. As it seemed to me, in the context of Joe’s session — his recent hobby of reading conspiracy theorists was moving his aura in a direction it never had gone before, not in all the years that he’d had occasional sessions with me.

Here’s what I mean. (Specifics as I best remember them.)

First I read the aura of Gladys, the latest conspiracy theorist Joe had been reading the day before.

My First-Ever Conspiracy Theorist Aura Reading Was Fascinating… How?

Because of Gladys’ quality of “Connection to Spiritual Source.” That chakra databank was completely shut down. Gladys had no need for some “idea” about “a god.”

Okay, many folks have that experience. Even some clergy members whose auras I’ve read. But what made this fascinating about Gladys? Because she clearly masqueraded as a caring and highly spiritual conspiracy theorist. Right in her tag line, or whatever that’s called on Facebook, the slogan she uses to describe her self was some nicey-nicey verbiage about her role of bringing “light.”

And How Did This Hate-Filled Writing Impact My Client Joe?

That’s where skills came in, skills for the RES specialty of a Consciousness Positioning Consult. Researching a moment when he was engrossed in reading the latest from Gladys, I was able to pull out an energetic hologram and then discern what was happening in those same three chakra databanks… in him.

Joe’s aura showed similar patterning. And I’ve got to tell you, this is not like Joe at all.

What really grabbed my attention was how this was related to what I’d first noticed about Joe in my initial assessment of how he was doing, the Skilled Empath Merge. (These I do at the start of nearly every RES session, gaining an immediate, up-close-and-personal, experience of what’s going on with my client, both energetically and subconsciously.)

And I can’t make the point strongly enough: Changes to Joe’s aura were very concerning.

As if he had begun a gradual slide towards conspiracy theorist reality.

Important to note: Joe heard what I had to say; he really heard it. And he’s planning to take a vacation for a few weeks (at least) from reading any more of this deeply confusing type of “inside information.” I’m rooting for him to break this questionable habit!

Okay, on to researching our first conspiracy theorist.

A former communications professor at Florida Atlantic University, James Tracy claimed that the Sandy Hook massacre, Boston Marathon bombing, and other episodes of violence… were staged.

After his university fired him, Tracy litigated, claiming that his freedom of speech was being violated. However, he lost the court case.

Here’s the photo I’ll use as a basis for this aura reading.

Here’s background on the system I’ll use, Aura Reading Through All Your Senses®.   (And here’s a more extensive resource for aura reading articles that you can read at this website.) Energetic literacy skills make it easier to think for yourself, and to question what really motivates any person, conspiracy theorist or other.

This part of a person’s aura reveals how his or her personality comes across, like a first impression.

Charisma is here in profusion, charisma enhanced by an unshakable sense of rightness, even of righteousness.

Please note, Blog-Buddies, that a person’s auric modeling influences others subconsciously. Without good skills of energetic literacy, we can be strongly influenced to trust a person who seems supremely confident.

And, might I ask? Are you supremely confident, Blog-Buddies? I’m not. Often I’ll tell clients something like this, “I don’t know everything. I’m just telling you the best that I know.”

Many different aspects of integrity show in each person’s aura. I chose this chakra databank for research because it’s about telling the truth versus lying, with many possible rainbow colors of truth-telling, plus a whole lot of possible shades of grey going all the way out to total blackout.

Note for you newbies: Chakra databanks can never flicker out completely, and if a person does better in life, the chakra databanks do better too. Here I’m just reading James Tracy’s aura at a particular time in his life. Most of the data in auras… changes, even changing second by second.

“Look at me, everyone. I’m special. I’m important.”

Evidently Mr. Tracy will say anything to win personal recognition.

What he’s saying doesn’t matter to him so much as the amount of attention he can generate.

This chakra databank reveals what motivates a person spiritually. For instance, does a conspiracy theorist experience a strong and beautiful connection to the Divine, motivating those theories? Or what?

“I’m going to burn in hell for this but I don’t care.” Actually, this chakra databank combines defiance, a sense of doing wrong, and aligning himself with what he considers to be evil.

See What I Mean by Consider the Source?

Blog-Buddies, I look forward to a time when every person with word literacy becomes a person who also has energetic literacy. Otherwise, it’s way too easy for a person’s distortions and lies to go viral, for facts like the Sandy Hook massacre or the Holocaust to be denied, and even for a U.S. president and some of his supporters to propose that “alternative facts” be taken seriously.

If, like Joe, you really long to learn more about what’s getting on, why not learn Stage 3 Energetic Literacy? Just, please don’t confuse this with “picking up a vibe,” which is Stage 1 Energetic Literacy, and notoriously inaccurate.

Meanwhile, Here’s My Invitation to You

At this blog post I’ll be doing free aura readings of conspiracy theorists for a while. Basically, for as long as it seems interesting and productive.

Update, at the end of the same day as posting this article. Sigh! Thanks so much to all who have provided nominees and comments. I’ve enjoyed the comments a lot, but the nominees not so much. Just thinking about them and what I know of them, erggg.

Before I turn off my computer for tonight, I’m ending the open-ended invitation now. Because even before reading any of these auras, I find that these conspiracy theorists to be so depressing. Making these folks seem wondrously inspiring by comparison — although if you read into that thread I just linked to — you’ll soon find they were not.

Look for these promised aura readings within a couple of weeks.

Will we find a single conspiracy theorist with a vibrant, beautiful aura? Let’s find out. Because it’s only smart, before reading anyone’s comments about what’s true and what isn’t, to consider the source.