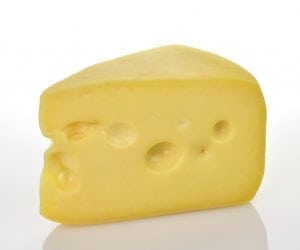 Aura Reading Rush Limbaugh. What does the political conspiracy theorist have in common with this piece of cheese?

So what if he doesn’t tout beliefs as wacko as the reptile-conspiracy nonsense of David Icke? I will grant Rush Limbaugh this. Long before “alternative facts” became a thing, Limbaugh was spouting them.

First, Let’s Take a Peek at Exhibit A

Even before I get to his aura today, lookee here, Blog-Buddies.

When choosing a photo to use for this aura reading, I found a fine one from Google Images. As usual, I followed it back to its source. Since I’ve got standards about “consider the source” — even for the origin of pictures that I link to in a blog post like this one.

Funnily enough, I landed on Rush Limbaugh’s home page. Reading with curiosity how he would sum up his radio work, here’s what I encountered. (Hint: While you’re reading this, can you find two different things wrong with it?)

“The Rush Limbaugh Show is the most listened to radio talk show in America. The show is mostly host-driven and, like most other popular talk programs, focuses on the hot topics of the day, with particular focus on politics and the economy.

“Limbaugh’s heavy use of sarcasm and tongue-in-cheek humor is often mistaken for an air of superiority by his critics, which Limbaugh often singles out on the air.”

Problem #1: Although Limbaugh has hosted the top radio show in America for many years, twice he’s lost the title of “most listened to.” Once he lost to Howard Stern. More relevant, since May 22, 2018, Sean Hannity has beat Rush in the ratings.

Meanwhile, do you think that the Limbaugh operation has enough money to pay somebody to fix this blatant error on their home page? Because his outdated brag is more than four months past its “inspiration” date.

Problem #2, less important but noteworthy: Did any of you notice the word “which” in the last sentence quoted above? Grammatically, that would stand in for Rush’s “air of superiority.” Although the meaning clearly is that “which” refers to Rush’s critics. In which case he’s saying that he often singles out on the air, his air of superiority. Quite the opposite of true, isn’t that?

And if he rants against his critics when he broadcasts, why not say so?

How much can you trust a conspiracy theorist with mistakes like these right on his home page? Honestly. Along with hiring a fact checker, how about hiring a grammar checker?

Look, Much as I Despise Rush, I’ll Still Give Him a Fair Aura Reading

Before I get going, here’s background on aura reading. Especially, info at that last link is true of the system I use, Aura Reading Through All Your Senses®. Please don’t assume that other versions of aura reading deliver the same detail or accuracy.

Here are some of the defining characteristics of this kind of energetic literacy. All of which will be true of your use of deeper perception, too, if you become an aura reader by developing Stage 3 Energetic Literacy, the minimum for reliable aura reading:

Before reading further, please take a look at our earlier article on Conspiracy Theorists.

Thank you, GAIL, for your Comments #5 and 6. Recommending that I include Limbaugh was an excellent idea.

Also, here’s a link to a previous aura reading I did of Rush Limbaugh.  In case you want to compare and contrast.

Presence in the Room

90 feet. Over-functioning, with a quality that appears habitual.

Rush’s personal sense of importance and superiority is so thick, you could cut it like a slice of hard cheese.

Especially interesting to me, he otherwise seems like a normal person of a certain kind:

Length of three football fields. Over-functioning, with a quality that appears habitual.

Charisma as a speaker? Rush has that as a gift of his soul. And he’s used that talent for decades.

Unfortunately, this chakra databank reveals more than this laudable talent:

Making choices of dubious integrity, in the direction of self-aggrandizement. Consequently, ugly astral garbage — what I call “STUFF” in sessions of RES Energy HEALING — litters this chakra databank like crazy.

Concerning this particular kind of STUFF, it’s unusual, how he’s got nasty astral dreck related to deliberately going against what he knows to be true.

Pushing his lies and exaggerations, actually.

Pushing them to a point where, by now, the exaggerations and outright lies no longer make him feel the least bit uncomfortable. Rather, creating all this for his fans — and then having them believe whatever he makes up — has become a source of pleasure for him.

Flat-lining, this chakra databank is completely shut down.  Again, the size appears habitual.

Evidently, that’s good enough for Limbaugh. No other version of God is required.

What’s that chakra databank about, Blog-Buddies?

What matters most to Limbaugh about following through on what he promises? Nothing about himself at all.

Rather, he’s developed an appetite for gaining support and follow-up from his fans. Also support from people with a vested interest in Rush’s success at spreading his particular form of political gospel.

Appetite for ever-more adulation and influence has become an insatiable hunger.

Yet once again, Blog-Buddies, fame shows itself to be the most addictive drug on the planet!

Just how emotionally sensitive is the guy? Especially, how exquisite is his capacity for feeling emotions like compassion, guilt, self-doubt? Very human emotions, for a normal human adult….

“Emotions are for weak people.”

Get your news from newspapers of record. Because these are trustworthy sources:

Sure, these media offer different perspectives, even biases. The Wall Street Journal is too conservative for my taste, but for you it might be just the thing.

If you wish to stay current with events, choose one or two newspapers of record. Also, check in with fact-checking resources. Quoting from that website, these are some good ones:

Fact Check. This nonpartisan, nonprofit project of the Annenberg Public Policy Center of the University of Pennsylvania monitors the factual accuracy of what is said by U.S. political players, including politicians, TV ads, debates, interviews and news releases.

Politifact. This Pulitzer Prize winning website rates the accuracy of claims by elected officials. Run by editors and reporters from the independent newspaper Tampa Bay Times, Politicfact features the Truth-O-Meter that rates statements as “True,” “Mostly True,” “Half True,” “False,” and “Pants on Fire.”

Washington Post Fact Checker. Although the Washington Post has a left-center bias, its checks are excellent and sourced. The bias shows up because they fact check conservative claims more than liberal ones. [Note from Rose, maybe conservative  politicians receive fact-checks more often lately… due to their current truth-to-lies ratio.]

Here’s what Fact Check has to say about Rush Limbaugh’s claims. Search on other conspiracy theorists and politicians, too!

Here’s what Politifact has to say about Rush Limbaugh’s claims. Look Rush up! Look up any conspiracy theorists!

Search on anybody you like! Just consider the source of your hits before reading. For example, because I’ve been following the Kavanaugh controversy, this morning I searched on Rush Limbaugh + Rape Police and found this article.

Best quote there from Limbaugh? (My italics)

“But if the left ever senses and smells that there’s no consent in part of the equation then here come the rape police.

“Consent is the magic key to the left.”

My opinion? Maybe some day all human beings will consider that women have the right to give or withhold consent to sexual contact. (Men, too, if someone tries assaulting them sexually. And the same right for transgendered persons.)

Sometimes you’ll encounter intelligent people who don’t believe that the media ever tell us the truth — perhaps these people have been influenced by a big surge in skepticism in collective consciousness.

Hey, all of us are learning how to handle the unchecked lying on the internet, including on “friend” central, Facebook.

Plus, let’s not disregard the impact of the big conservative cheese, Rush himself, who could consider himself a really important leader…. when it comes to spreading falsehoods.