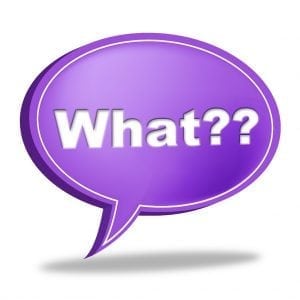 Before or after you read today’s article, Blog-Buddies, you might want to read yesterday’s aura reading. Christine Blasey Ford, Ph.D. — her aura was an inspiring example of integrity and strength under pressure.

Yes, here’s Background on my kind of aura reading. What I do. (And teach)

Energetic literacy is like the word literacy you’re using right now to read this article. Only this concerns a person’s subtle energies.

Please don’t think that energetic literacy research has anything in common with psychic readings. Or with how energy medicine specialists make references to “the field.” These are entirely different lines of work.

Curious to Learn How YOU Can Gain Accurate Energetic Literacy?

One is Aura Reading Through All Your Senses®! Other versions of aura reading don’t deliver the same detail or accuracy.

Here are some of the defining characteristics of this kind of energetic literacy. All of this will be true of your research, too, if you become an aura reader by developing Stage 3 Energetic Literacy, the minimum for reliable aura reading:

If you’re not sure what to expect from this kind of aura reading, here’s a fun resource for you. Click here to find hundreds of other examples of deeper perception made practical.

Warning: What If the Brett Kavanaugh Aura Is Anything Like this Photo?

It’s going to be ugly.

Honestly, have you seen some of the photos of yesterday’s hearing? Brett’s expressions?

I couldn’t make most of them. Can you contort your own face in those horrible ways?

And, of course, the really pertinent photo to read here would be this: A headshot of Kavanaugh while drunk.

Because there appear to be two Kavanaughs. First, the sober one with the respectable career. Second, the drunk one, named as a sexual predator by multiple accusers by now.

Still, I’ll put my strong sentiments aside. And simply read what I’ve got. One man’s picture. Within that, his aura.

Rage and deception aren’t the only troubling qualities here. More disturbing is how he’s letting go and allowing the drunk-type energies to take over. Even without being chemically inebriated.

This often happens with drunks, ugly drunks. They become like another person when under the influence. As someone whose Energy HEALING Skills include Spirit Removal, I know a bit about that. But let’s leave that for another conversation.

Here, I think it’s important to add another chakra databank to this research. One related to drinking.

Folks, that means human reality — physical objects, facts, what people say and do. Actually, the law’s supposed to be about that, right? Having this chakra databank work well would matter enormously for:

In the moment of this photograph, Kavanaugh isn’t making much contact with human reality. Rather, he’s slipped into an astral perspective. Either good people like him or bad people whom he must attack.

Do you think that’s a pretty troubling way of relating to life for anyone? Particularly a Supreme Court judge?

Blog-Buddies, this chakra databank concerns what the person does when nobody else is watching. Does she or he follow through on commitments?

Again, Kavanaugh is in a blind rage. Most significantly, it’s powered by astral influence. Typical of what happens to any mean drunk.

Because a mean drunk is someone whose aura gets compromised vibrationally.

In RES sessions, I’ve read other auras of people with alcoholic influence like this. When the “mean drunk” problem has progressed significantly, what happens on occasion? The astral being(s) will sometimes take him over… even when he’s not intoxicated.

Why is this different version of Kavanaugh coming out to play?

Maybe because he’s in the fight of his life.

Personally, I don’t care. None of my business, the why’s. What matters is what shows in his aura.

At the time of this photograph, this creepy version of sexual integrity seems normal. Although hidden in his subconscious mind and aura, not at all available to his conscious mind.

Like being Brett Kavanaugh’s usually comfortable and accepted way of life… Only the scandal around the Supreme Court nomination has stirred things up. Until, by the time of this photo, it’s like an infection.

Sexually sleazy behavior, done and afterwards shoved into denial? Like a habit that usually goes unquestioned, totally unexamined. Only now, this behavior is being discussed. Having become an uncomfortably big deal, ouch!

How best to put this? It’s as though the chakra databank is infected.

Hey, this reminds me of when I was watching the Clarence Thomas Senate Confirmation Hearings. I didn’t know who he was. Nor did I know yet what I was watching.

At that time, my son was tiny. While I had new-mother exhaustion.  And also, at the time, I had zero energy hygiene. I read auras off and on all day long. So there I sat on the couch, nursing my baby. And watching whatever happened to be on TV.

While I scanned the crowd, Thomas caught my attention. Because I saw pus coming out of his Throat Chakra. Incidentally… I can tell you that life-changing tale in a future blog post, if you’d like.

And I’ve seen this before. It’s like placing a life-sized cardboard cutout where the real, living process of that chakra databank ought to be. In Brett Kavanaugh’s case, he inwardly adopts a stance of benevolence. Although that’s not really true, he believes in it. At least it affords him a certain consistency in behavior… long as he’s not drunk.

Side note: Ready stumpy, habitually shut-down chakra databanks? That takes a lot of practice. Keep reading auras and, eventually, you’ll all get that practice. Aura Readers with Stage Three Energetic Literacy, just keep reading auras for a few minutes every day. Making this part of your 20 Daily Minutes of Technique Time, Tops.

Mockery prevails. As in making fun of anything sacred, anything spiritual.

Personally, I understand better how Brett Kavanaugh could consistently deny any sexual assaults.

As a professional psychologist, I’ll bet that Dr. Ford could find plenty of problems in this man.

For me, it’s enough to research Kavanaugh’s aura and find this horror show.