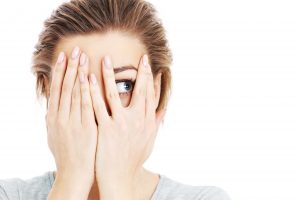 Anita Hill Helped Me Read Auras. And teach aura reading. For those who dare…  to not close their eyes to truth.

Yet maybe there will be a parallel wake-up. Not just about acknowledging sexual misconduct but… amazingly… about reading auras.

Decades after the Clarence Thomas Hearing — this morning, in fact — the Senate Judiciary Committee will decide on a parallel appointment. Because Kavanaugh’s cloture vote favored him. The final vote is due to occur within 30 hours.

Instead of the reliably conservative voter, Clarence Thomas, and his accuser of sexual harassment? Today we’ve got Brett Kavanaugh and the woman who accused him of attempted rape.

I’m pretty sure that Kavanaugh will be appointed to my country’s highest court. If that’s true, truth will lose once again. Although a political “win” will delight conservatives. But even if that happens politically, that doesn’t have to be the whole story.

In American social history, Thomas controversy sparked major change. Sexual harassment is no longer a silent crime, unreported. Likewise, in the case of Kavanaugh, victims of sexual assault are already beginning to speak up. The #MeToo movement has grown stronger.

Like the detailed research I’ve done on Dr. Ford and Judge Kavanaugh.

Why walk through political life with a blindfold on? Why remain energetically illiterate?

Anita Hill Did Her Part

To a far lesser degree, I was also uncomfortable. Despite ignorance about Anita Hill’s side of the story. Or that there even was a story. What did I know? How weird my life felt right then. Being a first-time mother. At 43 years old. And pretty darned exhausted. The problem wasn’t my son Matt. He was an easy baby. And — in the eyes of his parents, at least — was perfect in every way.

So there I sat, one summer morning, with the TV turned on. And a breastfeeding son in my lap. He was contentedly semi-snoozing. While I was crankily semi-snoozing. Regardless which channel I turned to, the same broadcast was on. Like some kind of trial. Not that apolitical me (at the time), knew a thing about it.

Voices were droning on and on.

In memory, the live broadcast was in black-and-white. That’s how dull it seemed to me at the time.

Anita Hill Was the Cause of this Live Broadcast

However, I didn’t notice her. Instead I saw cameras linger on one particular man. Voices were droning away as that camera lingered. Suddenly I slipped into aura reading, which had become an interest of mine. Standards of “energy hygiene” that I use now? Not invented yet!

Granted, I was living in the New Age Years. Not now, when lack of energy hygiene leads straight to spiritual addiction.  (Please scroll down to the turquoise box to find what’s most relevant.)

Between 1980-21/21/12, millions of us played with energy all day long. And I was no exception. My consciousness would drift in and out of the astral. And here it was happening again.

This man in front of the cameras came into focus for me. Weirdly, I saw pus coming out of his Throat Chakra.

By then, I had developed pretty good skills of Stage 3 Energetic Literacy. So I researched further and learned  what?

How this man was a chronic liar, habitually deceptive, secretive in order to pursue his big ambitions, and almost entirely without remorse.

That experience — unlike the TV show — was in full color. As I recall it, anyway.

Why Did that Man Have Pus Dripping from His Throat Chakra?

Being a stay-at-home Mom, I had plenty of time when I wasn’t caring for my son or dropping into the sleep of the exhausted. Curious about the broadcast I had seen, and the identity of that deeply sinister man, I started paying attention to current events as never before.

For the first time in my life, I began reading my daily newspaper and listening to news on National Public Radio. Within a few days, I learned that I had been watching Clarence Thomas’ Confirmation Hearing. According to public opinion research, the majority of Americans believed that Anita Hill was lying.

Such a puzzle, given what his aura revealed!

It’s true that, within a year, public opinion flipped. In addition, Anita Hill’s testimony gave rise to America’s first honest public conversation about sexual harassment.  After having more time to reflect, the majority of Americans believed Anita Hill — although that change of opinion did nothing to budge Justice Thomas from his lifetime appointment to the Supreme Court.

What did budge for me? Something that also would have big practical implications for people like me. People who care about learning the truth. So that aura reading serves as the ideal supplement to fact finding in objective reality.

Everyone alive has an energy field, full of bits and bytes of information. Aura reading means downloading that information. With skill, you do it purposely. In the 1980’s, I had developed a system for reading auras in person, from photos and even — you guessed it — from TV shows. By 1986, I had published the how-to Aura Reading Through All Your Senses and it had been selected by One Spirit, a division of The Book-of-the-Month Club.

So I was very used to using the 100+ aura reading techniques in that book. Information from auras can be useful for a variety of practical purposes, such as insight into relationships and better health, smarter choices as a consumer. But political anything? That application hadn’t occurred to me yet.

Something else hadn’t occurred to me, either. How unusual it was that I used quality aura reading for a wide range of practical purposes in everyday life.

Fact is, in 1991, it riled me that current public opinion made Clarence Thomas the hero. Winning this very public contest about sexual harassment. How could any aura reader let lying like that go undetected?

So I Conducted an Aura Reading Survey

Why not ask other aura readers? By 1991 I knew many aura readers in the Washington D.C. area. They used their skills for energy medicine techniques like Reiki. Or worked as professional psychics. Others were hobbyists.

During his confirmation hearings was Clarence Thomas telling the truth, or lying?

Read his aura from a photo and tell me what you find.

Essentially, that was the question I posed to my fellow aura readers.

When those surveys were returned, I was flabbergasted. Really I couldn’t have been more shocked if I had learned that, surprise! While in labor at Shady Grove Hospital, I had given birth to triplets. And suddenly two babies arrived at my house via UPS.

Who Else Read Anita Hill’s Aura in 1991? Or Clarence Thomas’?

Such shocking results, I received from my fellow aura readers! One aura reader after another told me, “I can’t read his aura.”

Not a single one of them!

Yet I knew it was possible. I just thought all aura readers had skills like those I had written about. And begun teaching.

What an astounding discovery! This wasn’t so.

Energetic literacy might be a better term for this field I’m in, a field where it turns out that leadership is needed. Fortunately, it’s a less public and far less harrowing type of leadership than that thrust upon the shoulders of Anita Hill.

Leadership about aura reading today is needed, I believe, to distinguish Stage 3 Energetic Literacy from its lookalikes, Stage 2 and Stage 1.

Anything less than full energetic literacy didn’t do the job. Hence the “Huh?” reaction from my survey takers who were professional psychics.

Thank you, Anita Hill. Because of the survey you inspired, I learned something so unexpected. Consequently I chose to work harder to let people know what aura reading really could be.

My Passion to Teach Aura Reading

And to persevere in training RES Experts.

Teaching workshops and creating online workshops. (Like the ones available so far to gain full Stage 3 Energetic Literacy.)

And creating the free resource for you called “Deeper Perception Made Practical.”

Now is no time to mope. Instead, it’s time to vote. Also time to ring the bell of truth in my country. And ring it everywhere I can… for as long as I can.