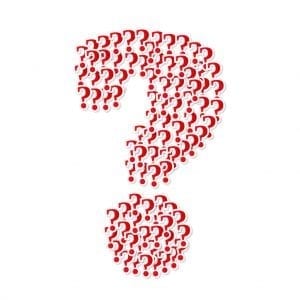 Punishing Smart Kids. Doesn’t really make sense. Or does it?

Punishing Smart Kids. As an RES practitioner, I have specialties, and this is one of them: Helping clients who are very smart. And who have suffered as a result.

Because extreme intelligence is a great blessing. Fair or not, this can become as challenging socially… as if the person were extremely un-intelligent.

Whatever the personal specialties of any RES Expert, each of us is helping clients with personal growth. And sometimes that includes permanently moving out energetic STUFF we still carry from childhood.

Bullying is one of the themes in my memoir, Bigger than All the Night Sky. At least for a while…

Many of you Blog-Buddies may find the memoir inspiring for that reason. If you’ve been bullied, you know that getting over it can take years. But of course you can.

Loads of articles on bullying, and probably loads of books, include the theme of bullying.

However, what’s also quite common but less often written about. At least, directly…

Being treated badly due to being a bit extra-smart. Or precocious.

Even though you won’t often find references to being punished for intelligence, guess what? It happens a lot.

Already in today’s post I’ve mentioned this Helping Smart Clients as one of my specialties.

And that includes pointing out exceptional intelligence for clients who haven’t a clue.

As an unusual example, here’s the story of my client Joe. Raised in a family of super-high IQ father and brother, Joe had no idea how smart he was. Despite being one of the smartest (and wisest) people I’ve ever known, when we first began doing RES sessions he considered himself to be “the dummy.”

Far from true! Helping Joe to discover his magnificent intelligence was one of so-many delightful experiences for me.

Other Specialties that I’ve Developed over the Decades

Certain patterns have emerged since I began doing RES sessions in 1986. Here are some of the Rose Rosetree specialties that come to mind:

Punishing Smart Kids. A Theme in Bigger than All the Night Sky

Head’s up to you smarties reading today’s post. Punishing smart kids isn’t a major theme in my memoir.

However, you may enjoy some parts of the story that you’ll relate to.

Maybe bringing you some much-needed compassion. For instance, here’s an excerpt from Chapter 10. Just a tiny tale from second grade.

Between classes I still have lots of fun, but during classes, oboy, my teacher treats me like some kind of troublemaker. Every day in this classroom, what happens?

She’ll ask a question and up goes my hand instantly. Only does she call on me? Almost never.

Even though I try raising my hand different ways, the patient way with my hand sticking up like a tree, and plenty of other ways; even the exciting windmill way where I shake my hand at the wrist, going faster and faster and faster. None of it matters. How come she doesn’t like to call on me?

Except one day she does, asking me to come over her desk. Then she talks to me about my bad behavior with being impatient and raising my hand so much; and I can’t help but cry a little, although trying not to, and finally I look right into her eyes and ask her, “Why won’t you call on me?”

A wise look comes onto teacher’s face then, a look I’ve seen on her face many times, like she’s holding a tiny smile inside her lips; it’s her special teacher face about being grownup and beautiful and good to every single child. So teacher makes that face for me now, and then she starts talking in a funny voice, as if she has practiced in advance which words she will use.

“You must understand. You are not the only child in my classroom. I must give every single child a chance to answer my questions. So when you try to answer more than your share, I must ignore you in order to teach you a lesson.”

Oh, how I wish for an older brother sometimes, so he could help me to know which lessons I’m supposed to be learning. Preferably in advance, not after I have made mistakes without knowing better; worst of all is being treated as though I should have known everything all along.

Excerpt from Bigger than All the Night Sky, published just this year.