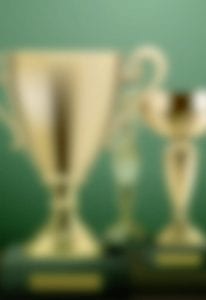 New Contest Backstory. Sometimes disruptive experiences can help you to create something. Especially if you don’t stop to ask for permission.

New Contest Backstory. Just in case you’re curious how I come up with the ideas for contests at this blog.

Sometimes my inspiration can be strange. So far, none has been more annoying — or, in retrospect, funnier — than this.

First of all, it wasn’t enough for me to research the auras of several stars from “Crazy Rich Asians” — Constance Wu, Michelle Yeogh, and Henry Golding.

Still fascinated by that movie, I listened to an interview with author Kevin Kwan. Terry Gross was the interviewer.

After all these years listening to “The Queen of Talk Radio,” I’m so curious about her.

If I could do aura reading. Or face reading. Or a Skilled Empath Merge… What would I most like to know about the baffling Terry Gross?

#1. When she interviews a guest, her own questions are brilliant. What helps Terry Gross to ask such interesting questions?

#2. Spontaneity is part of the allure of these interviews. Leading me to wonder: How does spontaneity show up in her aura? (Because there’s got to be something gorgeous going on.)

#3.  Icky question alert. Often she chooses to topics and guests that I find absolutely disgusting. What the heck about her explains that?

How could Gross give a dream interview to Kevin Kwan — perceptive, kind, thoughtful, considerate, and thoroughly delightful… And then give a hideous broadcast that I wish I could rip right out of my Storehouse of Impressions. How, how, how?

Case in point, an interview with Maggie Gyllenhaal that I absolutely don’t recommend. So why did I listen? Mostly because I was driving home and thought I might enjoy the interview. Partly because I couldn’t believe what I was hearing. To my taste, beyond revolting. Definitely not what I expected to hear on National Public Radio.

New Contest Backstory. Some of the Gory Details

Gory details follow about that interview, details which you’re welcome to skip, Blog-Buddies. Unless you’re into discovering the outrageous state of National Public Radio in America in 2018.

Even then, I’ll summarize, because this is just the weirdest example I’ve heard yet. Granted, other shows I simply turned off before that talk totally grossed me out. In retrospect, this NPR broadcast strikes me as funny. (Although still terribly wrong.)

Instead, Terry introduced the interview with the highest artistic fanfare. Lavishly praising her guest, Maggie, who had completed just her second season on “The Deuce,” broadcast over (mainstream) HBO cable TV. Here’s a link to her “great artistic achievement.” More details I’ll spare you….

More New Contest Backstory? Sure. How about This?

Next the acclaimed broadcaster discussed a movie role where Gyllenhaal played an exceptionally interesting performance as a kindergarten teacher. Hey, I’ve known some kindy teachers, brilliant ones. I’d go see a flick about them.

Except, wait! The point of this kindergarten teacher’s story was her interesting crack-up. Supposedly this was an “important” film for women. Because it showed the horrible things that can happen to “a woman who isn’t allowed to express her creativity.”

Hello! IMO, every one of us can express our creativity every day.

Could be, one of the secrets for using creativity is just do it. Don’t ask for permission!

All This Made Me Curious

Because here’s the peculiar part. Maybe 1 out of 4 Terry Gross interviews is disgusting, although ever approaching the yuck factor of this particular interview (to my taste, anyway). Mostly her broadcasts are just terrific.

So I began to wonder, how can somebody ask such perceptive questions on one broadcast?  So insightful! Never gossipy! And sometimes even inspiring!

Except later, with zero warning, Gross will slide into triumphant dissection of the ickiest human behavior.

After listening to that particular broadcast, I didn’t just feel as though my mind needed a wash. Rather, I needed to plunge my car into a car wash. And keep the windows open so that maybe I would also get drenched.

Since then, back home, I’ve known how to better cleanup than that. I used a tow truck and took myself to Niagara Falls.

Three different procedures. Each one successful. Moving out STUFF, through self-healing skills of RES Energy HEALING. Only geesh! That was a lot of time spent just because I meant to hear some intelligent chit-chat while driving home.

New Contest Backstory. There You Have It

Most of it, anyway.

Because sometimes surprises and annoyances can make us think. (As recently discussed in the comments over at THIS blog post.)

So that’s how I came up with the contest idea. I’ll be sharing details about how to enter with you soon in a blog post. This is Part One of a two-parter. Hint: You’ll be able to nominate people about whom you have curiosity questions. They won’t have to be interviewers at all!

Have you ever seen or heard an interview that stayed with you for days? Why? And what did you learn?