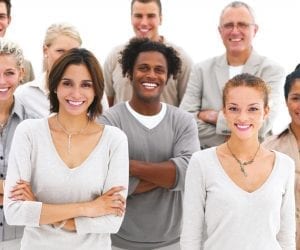 Psychics Becoming Spiritual. Why ARE many pure-hearted psychics discovering RES?

Psychics Becoming Spiritual. This has happened to many in 2018. So let’s bring clarity to some differences between psychic development and spiritual awakening.Clarity’s needed because many psychics have been shifting from one mode of personal development to the other. Yet not understanding: Why has this been happening to me?

Happening to beautiful spiritual seekers who believed they would follow the same path for life.

Why is this heartbreak happening? And why can we expect the trend of Psychics Becoming Spiritual to accelerate in years to come?

Seems to me, 2018 has been a big year for truth seekers making a switch. Because many of them are drawing away from the psychic readings they’ve done for years. Or the energy healing from “Spirit” that maybe wasn’t sourced by spirit at all. Unable to continue as they’ve been doing, courageously, they’re moving towards a path that helps them to grow more. To serve others better. To facilitate effective self-healing.

Beyond that, some are even motivated to move towards Enlightenment. Rightly, they sense that tarot readings won’t get them there.

Evolving one’s path can feel uncomfortable. But to all you readers who can relate to what I’ve describe so far, I say, “Take heart.”

Because life after psychic development can be a lot better. And it can help you to gain more clarity about what’s going on vibrationally that has caused problems. Let’s explore what I know best. Three encouraging points about moving from psychic work to using the Really Effective Skills of RES.

Many a psychic has been feeling stuck lately. The same with Reiki healers, Eden Energy Medicine healers, angel card readers, tarot readers, and other intuitives.

For professionals, that’s a devastating experience. Maybe equally awful, though, is what happens to those who just seek to help themselves. (And perhaps family and friends.)

There’s a sweet name for those avidly pursuing psychic development and/or energy healing just for the love of it. Amateurs! That name means pursuing your path out of love.

Either way really, amateur or professional doing psychic development, it can help to acknowledge the beauty of all you’ve done. As well as admit current problems, like stuckness.

You’ve been in love–  or even, married to — that path of yours. Only now it feels as though you need a divorce.

Well, you just might need to choose a different path.

You can choose a different path. If so, that won’t negate all the good from that path you’ve followed in the past. Because sometimes it’s just time to move forward to something new.

Whether you’ve been involved in psychic development or taken a different path, guess what? We’ve all lived through some remarkable years. Personally, I call them “The New Age Years.”

You’ve lived through them if you were alive any time from 1980 until December 21, 2012. Because these were the culminating years of the Age of Faith. Meaning, how the place I call “Earth School” was set up vibrationally.

During the New Age Years, earth was shifting faster and faster. Suddenly, anyone who wished to be energy sensitive could be.  And for many of us, the excitement was overwhelming. By taking a workshop here, or receiving a reading there, we felt as though the answers to life were opening up before us.

Then the Shift happened. Simply put, the Shift took our world into The Age of Awakening.

Due to having solid skills for aura reading, that were not based in psychic development, I was able to discern what was happening. But the practical point is that I’ve been able to bring out knowledge to help us adjust to the Shift. Rather than struggling as if the Shift never happened.

Since the Shift, doing psychic work has become unsafe. In our Shift Reason #3, I’ll summarize my understanding about why this is. But first, our next encouraging point and then… a cautionary tale about a psychic who waited too long to make his own shift into an approach like RES.

You can learn how to adjust to the Shift into this Age of Awakening. Of course you can.

Here’s my best resource, from an RES perspective. By all means, look at the alternatives and then decide for yourself. Learn how to manage your new vibrational freedom.

Choose the best resource for you! Discover this planet’s new rules for a good life. So different from the old rules you were raised to believe in. And yet today’s new rules make such sense to help us live now!

Also, please consider this word to the wise: In your search for a better life in the Aquarian Age. Or the Age of Energy. Or whatever else people are calling this time, in addition to The Age of Awakening…

Now for that story I promised to share with you!

As I look back on my work with clients in 2018, mostly I see successes. Including the many people I helped to make their personal shift from psychic work and/or astral-based energy healing… into moving forward with help from RES.

Yet one cautionary tale does come to mind. Let me summarize for you what happened with a psychic who felt restless but wavered too long. Yes, he kept stalling before moving out of psychic development. In what follows, I’ll call him “Joe.”

Joe worked professionally as an energy healer. Like so many who took workshops during the New Age Years, what he learned was presented as a spiritual kind of healing. However, after the Shift into The Age of Awakening, those sweet workshop skills turned scary.

All the while, Joe had no clue. Except that this bighearted man felt like something was wrong. And he couldn’t shake it.

Personally he felt unlike himself. Gradually the feeling of weirdness increased. Maybe worst of all, the skills he turned to for comfort and healing… only made him feel worse.

So Joe put his healing practice on hold. Such a brave but heartbreaking decision! And he sought help.

By the time Joe finally booked a session with me, he’d been suffering for a very long time. As I recall, he’d been feeling increasingly weird for a year. Once he decided he wanted an RES session, it took him three months longer before committing to a particular appointment time.

In less than a minute, I could tell that astral beings had completely taken Joe over. He could barely keep his eyes open, or think.

Just to be clear, RES does include some skill sets that could have helped somebody like Joe… Had he come for help sooner. For instance, there’s a skill set for Spirit Removal. (Find details by scrolling down to the crimson box.)

Many times this year, and in previous years, I’ve helped clients to free themselves up from this kind of trouble.

But not if astral involvement has gone too far. By that point, I recommend that a person seek psychiatric help.

Also worth noting? I’m hardly the only person who has noticed a huge upsurge in problems created by opportunistic spirits. The Vatican has noted a significant increase in requests for “exorcisms”.  I consider the term “exorcism” to be one way of describing extreme problems with astral beings. To quote part of the article I’ve just given you a link for, an article in The Guardian:

“According to a priest from Sicily, the number of people in Italy claiming to be possessed had tripled to 500,000 a year, and an Irish priest has said demand for exorcisms has ‘risen exponentially’.”

In my view, this increase is an Age of Awakening problem.

Warning people isn’t usually my style. But until people understand that we’re in a different time now, and learn how to flourish rather than becoming victims, we can expect problems like this to only increase.

So What Happened to Joe?

I concluded the session way early, giving Joe a refund of his session fee. Gently but clearly, I explained to Joe that he needed a different kind of help. Psychiatric help. Immediate help. After he was functioning more normally he was welcome to schedule another appointment. Until then? His problems were beyond the scope of RES.

Responding, Joe said that he had some psychics in mind who might do a better job at healing him, since I couldn’t. That reaction hardly surprised me. I urged him to stop working with psychics. But the choice was my client’s, not mine.

Do I know what happened to Joe after we ended that session? No.

But I can tell you this. Usually I feel great while facilitating an RES session. Afterwards there’s some afterglow, too.

However, this session was different. After that session I had to spend at least half an hour, using RES skills to clean up my aura. And then clean up my office. Because hundreds of astral entities were dancing around in the place I call my “sacred energy healing chamber.”

If you find that disgusting, I’m right there with you!

Sure, I had the skills to clean up this mess, co-creating with Divine help. Furthermore, I sought — and received — instructions for preventing this sort of thing from happening again in an RES session. Still, this incident sure grabbed my attention. And I hope it gets yours.

Psychic reading-type aura skills aren’t spiritual. They can be so well meant. Lovingly done, whether the psychic works professionally or else it’s self-care, personal seeking guidance from spirits, playing with that deck from Doreen Virtue, etc.

Either way, during the New Age Years what happened? Spiritual seekers felt plugged into energy. We were told to be cool and ask “Spirit” to help us. Or else “The Universe.”

Hey, as I recommend in my main how to book for self-healing, vague requests like this don’t work to set up co-creating with God. Moreover, now that The Age of Awakening has begun, discarnate beings (astral beings, often very creepy astral beings) take such requests as an invitation.

What about the psychic’s belief system? May be very spiritually-oriented. And yet…

Attitude doesn’t protect us. If you put your hand on a hot stove, you’re going to get burned. Regardless of what you believe about stoves!

You can co-create with God. Or Jesus. Or St. Germain. Or Athena. Or other Divine Beings.

I can teach you how to do that, clean and clear.

Just don’t fool yourself that you have learned to do that yet. Co-creating with the Divine requires learning some skills. It doesn’t happen automatically just because you’re a spiritual person.

I assure you, Joe is a deeply spiritual person. He followed all the rules he was taught as an energy healer. And he worked hard. Unfortunately, psychic work, mediumship, channeling, and many forms of energy healing… are no longer safe to do in The Age of Awakening. Like it or not, know it or not, we’re living Post-New-Age now!

And we can thrive, now that this new Age of Awakening is actually here. We can grow faster emotionally and spiritually. We can help others better.

Really, I believe that the potentials before us far outweigh the confusions that so many people have gone through.

Ultimately they’re merely adjustment problems related to learning how to thrive in this Age of Awakening!

I care very much about helping to stop this kind of suffering. Don’t you? So let’s do our part.

Blog-Buddies, I’m planning a series of articles to show you how New Age healing has changed. Janet Mentgen’s beautiful system of Healing Touch will be the topic.

I’ll be comparing an interview that I did with her during the New Age years… with some more current energetic literacy research about what happens in Healing Touch now.

But that’s in the future. Today, I encourage you to share your reactions and questions.

Also, do you have friends who are energy healers or do psychic work, and they’ve told you they’re struggling? Consider sending them a link to this article.