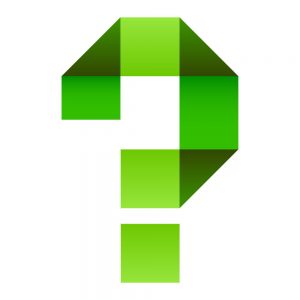 Markelle Fultz Aura Reading. What has happened to the great athlete? What’s his aura like now?

What’s Going on with Markelle Fultz?

Most NBA fans are now familiar with the Markelle Fultz saga. An intriguing, beguiling series of events that have left fans scratching their heads, lit social media ablaze with speculation, and kept the Philadelphia 76ers PR office twisted in knots.

Markelle Fultz was the top pick in the 2017 NBA draft. This is a huge deal. A number one pick promises immediate assistance to an NBA team and also hopes of retaining a perennial all star for the long term, keeping a team relevant, fans engaged, and ticket sales booming.

Yet, the draft process, while potentially highly impactful, is inherently speculative. NBA teams make draft decisions based on a player’s performance in college or in overseas leagues. Sometimes the player’s college game translates perfectly well to the NBA, like with Kevin Durant, Kyrie Irving, and Anthony, high draft picks that have emerged as game changing superstars.

Other times, picks projected to be superstars end up languishing on the bench, or even worse, end up out of the league in a short time, never living up to the team’s and fans’ hopes/

Markelle Fultz, Expected to Be the #1 Overall Draft Pick

Drafting well in the NBA can be the difference maker in long term success, more so than any other league. Since there’s only 5 players on the court at anyone time. One superstar can make all the difference. See: LeBron James. The Golden State Warriors drafted Steph Curry, Klay Thompson, and Draymond Green in a short span, enabling them to build a modern dynasty and win three championships in four years.

Enter Markelle Fultz: almost every expert projected him as the number one overall pick before the draft, aka the guy with the potential to become the biggest star in the NBA.

Sports Illustrated wrote: “Fultz jumps off the page athletically and possesses creative scoring instincts and playmaking skills. He’s an outstanding transition player, solid using ball screens and has the size to play both guard spots thanks to a nearly 6’10” wingspan. Despite how bad the Huskies were, Fultz was proficient in the pick and roll and as a passer. He’s a solid rebounder and developing jump shooter, and all the pieces are there for Fultz to become one of the league’s top guards. He’s an extremely well-rounded offensive player already.”

Yet Things Haven’t Panned out for Him

In fact, Markelle hasn’t struck anything close to gold. Instead, he’s slid into what most teams would consider a disaster.

Shortly into his rookie season, it seemed that Markelle Fultz had forgotten how to shoot a basketball. Many speculated he had “the yips,” letting his nerves get the best of him on the big stage.

Then it was reported Markelle Fultz simply had an injury. After sitting out most of the season, he returned, and it his strange shot was still a mystery. Fans and executives couldn’t fathom how a future superstar had simply forgotten how to shoot the ball.

In a controversial statement, Fultz’s agent recently announced that Fultz had been diagnosed with “Thoracic Outlet Syndrome, an injury that damages the nerves between the neck and the shoulder.”

FEw commentators had ever heard of this diagnosis. Many speculated his agent was covering up for some other issue, or that strangely, Fultz had forgotten how to play basketball. Recently, Fultz decided to take as yet undecided time rehabbing out in LA, missing more time in the middle of a critical season for the 76ers.

So Much Controversy Surrounding Markelle Fultz!

In that swirl of controversy, I decided to turn to stage 3 energetic literacy (Using the system of Aura Reading Through All Your Senses®) to try to figure out what has been going on with Fultz at the level of his subconscious mind and aura energies.

I’ve decided to use these two photos for the comparison aura reading.

And Fultz Today, now playing for the 76ers.

Connection to His Physical Body

I notice a quality of extreme confidence in his well-oiled machine. Like he’s got a Ferrari, zipping and zooming around with precision. Yet, it also seems to me that he doesn’t have much respect for this talent. Like, “So what? I didn’t earn this.”

I even have a sense of disrespecting his body to such an extent that he’ll casually abuse the machine.

Coordination between Thought and Action

He’s got well established channels for a seamless connection between thought and action. But there’s also a spaciness, as if this all come so easily, as if like the adulation poured on him isn’t for his “real” self.

Detracting from his superb coordination is a desire for something different, a festering discontent

Terror, pain, deep confusion. Like, “Where did my fairy tale life go?”

There’s sadness here. Like his journey has been immensely painful, full of shattered illusions and ideals.

Seems to me that Markelle is grasping for a thread of that childlike joy the game used to bring, and can still can, but only sometimes, and much more stingily.

Markelle feels like he just wants to curl into a ball, get in bed, and hide from the world for a long time. Like the last year has been some kind of strange and cruel joke he needs to run far far away from.

He feels no one really cares what he has to say anyway, outside of me being a great ball player. “I’ll just say whatever they want to hear, or, whatever I feel like saying at the time”

I notice an insistence on growth here, as if Markelle is deciding not to be a victim anymore. Seems to me that the lies and hiding have become more painful to him than telling the truth.

Note: This is a big bright spot in this aura reading, as though Fultz, at some level, is seeking growth from this awful period in his career.

Numbed out. Maybe there’s the impact of some recreational substances?

Definitely I find no strong experience of the Divine.

Markelle has learned to call strongly on the support of God and the divine at this time.

It’s like God is his only friend left, and he’s cultivated a personal relationship. Although often painful, at least he finds that with this relationship he’s able to be himself.

I had no idea what I would find in this aura reading, but I’ll say I’ve gained immense compassion for Markelle Fultz, and for professional athletes in general. Perhaps lost in the whole saga is that Fultz is still practically a kid; he turned 20 earlier this year!

I don’t think I discovered a clear cause of his problems on the court. Although it seems to me that he was a troubled and disillusioned player even as a superstar at The University of Washington.

The heaps of adulation and worship didn’t bring bliss and happiness, but made him question what was real or not. Maybe the opposite of what someone would expect from someone who seemed to have it all.

Here’s hoping Markelle Fultz finds a way to live a happy and productive life! And may we all respect the individual humanity of any superstar, have compassion for their trials and tribulations, and be slow to declare someone a “failure.”