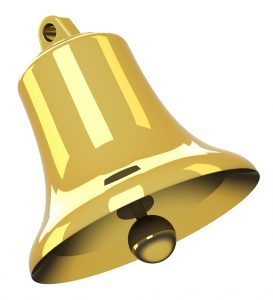 Enlightenment Etiquette. Today might be the first article anywhere about good manners regarding Enlightenment.

Enlightenment Etiquette. Yes, it’s gotten to the point where many people have moved into Enlightenment. What happens when they talk with friends who aren’t?

Enough stories have come to my attention… Ugh, enough already! Right now, let’s discuss what’s appropriate to discuss with friends about Enlightenment. Versus what amounts to bad manners.

Even if you’re NOT in Enlightenment yet

This article can help you. Helping you even if you don’t personally know anyone in Enlightenment.

Today’s post can protect you from hurt feelings. Plus teach you some social skills that you can start using today.

Likely, you’ll need these skills even more as they years roll on. Because more and more people are moving into Enlightenment. This article will give you some perspective about how to talk to them.

And if you ARE in Enlightenment by now

Overall your manners tend to be lovely. I know, having talked a lot with most of you on this list of RES clients in Enlightenment.

Either way, the following points may be helpful for you, as well. Since, as this Enlightenment Coach has finally realized, etiquette matters. Namely, certain understandings about how to discuss Enlightenment with others. And what not to say.

For everyone curious about today’s new Enlightenment Etiquette

Hey, don’t be embarrassed at anything that follows. It took me seven years to think of writing today’s post. Seven years since I first formally began to add Enlightenment Coaching to the other specialties of RES.

Without learning about appropriate manners for any situation, what happens? Awkwardness ensues. Or worse.

So let’s all get our acts together. Today might be the first blog post anywhere about good manners regarding Enlightenment.

Perhaps someone you know through this blog. Or a fellow RES client. Even somebody you met at an RES workshop.

Why not? It’s rude. Talk about something else.

People who care about moving into Enlightenment can sometimes feel bad that they’re not there yet. As the founder of RES and an Enlightenment Coach, here’s what I know to be true.

What matters is not wearing a label like “In Enlightenment.”

These very human considerations matter most. No kidding!

And if you encounter folks in Enlightenment “talking consciousness” in your presence, for heaven’s sake! Tell them something like this:

Let’s talk about something else.

Gossiping about Others’ State of Consciousness

Apparently some folks in Enlightenment sometimes like to discuss how “well” others are doing. Assessing other people’s spiritual evolution! Such as referring to mutual friends as “pre-Enlightenment.” Or “So far from Enlightenment!”

Avoid this horrible kind of gossip. I implore you.

Maybe you were influenced by comments that I’ve made at my Enlightenment Life List?

Let’s be clear. Nothing about “Deeper Perception Made Practical” is about gossip.

And that blog post isn’t remotely intended as a channel for gossip. Seriously undertaken volunteer work by this Enlightenment Coach — that’s what it is.

Probably you know, this is a free service I provide at this blog. Commenting on a public figure’s state of consciousness.

What if you hear somebody else talk like this. Gossiping away!

Excuse me. Did I just hear you evaluating somebody else’s closeness to Enlightenment?

What business is that of yours? Are you trained as an Enlightenment Coach?

Please, let’s talk about something else.

During a session, Joe told me that an RES friend asked him this: “Are you getting close to Enlightenment yet?”

Wow, when I heard that did I ever yell! Because I haven’t felt this angry for a very long time.

Note to any Blog-Buddies who may have wanted to ask such a question: For heaven’s sake, don’t! For one thing, it’s a stupid question. Yes, just plain stupid. Because people don’t know how close they are. When I’ve validated Enlightenment for RES clients, usually they’ve been surprised.

Besides, Enlightenment isn’t a skill. Rather, it’s a deeply personal state of consciousness.

Really? Asking somebody, “Are you getting close to Enlightenment yet?”

What an unbelievably irresponsible, muddle-headed question! Confusing to others. And on a par with everything you’ve ever been told about etiquette in other manners. Asking a question like this is really, really bad manners.

Speaking of which, all you Blog-Buddies are invited to comment below and share Goof Stories. Not just ones concerning Enlightenment. But any example of somebody showing bad manners.

Can you think of some horribly embarrassing question or inappropriate observation from others. I’ll lead off, sharing one tale that blushingly comes to mind immediately.

Either asking or answering questions like, “Are you getting close to Enlightenment yet?”

Euww, don’t you play around with this sort of conjecture, either. You have no way of knowing, do you?

Granted, on rare occasions, I’ve told a client, “I think it’s likely that you’ll move into Enlightenment in this lifetime.” Or even “Seems to me, you’re getting close to Enlightenment.”

Incidentally, what if you think you might be in Enlightenment?

Don’t discuss it with other people. Why ask their opinions? Only ask somebody you trust as a qualified Enlightenment Coach.

For example, you might wish to book an appointment with me. We’ll use the time well. (Whether the answer to your Enlightenment Question is yes or no.)

In case you’re wondering, I can tell you this:

Whether or not you expressly book a session with me regarding Enlightenment… Guess what else? I’ll always pay attention to your state of consciousness. And if I find that you’re in Enlightenment, you can be sure that I’ll tell you.

For example, this happened in my first conversation ever with JENNIFER SIRRINE. It was our first session. Although she’d done sessions for years with RES Practitioner ISABELLA CATES. Click here to read what happened in that session for JENNIFER.

Treating it as a game might bring you some pretty icky karma.

Yes, now I’m speaking directly to anybody who has been doing any kind of Enlightenment Gossip…

Which you might be, whether in Enlightenment yet or not.

Understandably, you might have fallen into copying me. Or copying somebody else. Just because the concept of Enlightenment Etiquette is new to you. No repining. Until recently, it never occurred to me to even think about good manners concerning Enlightenment.

So let me ask you a serious question: Honestly, have you been trained as an Enlightenment Coach?

Answer: You haven’t. At least you sure haven’t been trained by me.

How do I know this? So far, I haven’t found any RES Practitioner ready to train as Enlightenment Coaches. Not even RES experts. (And I hold every one of them in the highest esteem.)

Chit-chatting about a person’s state of consciousness? With all respect, you don’t know what you’re talking about. One proof is that an actual Enlightenment Coach doesn’t gossip like this. Period.

So feel free share your thoughts on this new kind of etiquette. That’s one reason why this article has comment boxes below. 😉

Definitely comment under a pseudonym, if that makes you feel more comfortable. Might I just request one thing about this? Please choose something other than “Anonymous.” Any pen name means the same thing, and it’s far less tedious. And you don’t need fancy tech skills to choose a pen name. I monitor every single comment before making it live. So in the first line, write “Call me Ishmael“ — or whatever else you like.