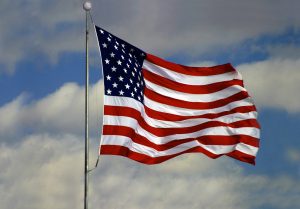 Silent Mike Pence Aura Reading. What made him tick during the meeting with Trump, Pelosi, and Schumer?

Why was Vice-President silent during this high-profile shouting match?

Pence was present at this meeting of four. President Trump set the tone. On December 11, he was conferring with Rep. Nancy Pelosi and Sen. Chuck Schumer. (She’s likely to become Speaker of the House in less than a month. While Schumer will continue to serve as Senate Minority Leader.)

Thus, this quartet included the nation’s top two Republicans and top two Democrats. One of these four politicians never spoke. Showed no expressions. Or even much interest. Clearly, I’m not the only one who’s very curious about this. Because Pence’s behavior capped off one of the strangest political meetings in America ever televised.

Quite some public acrimony at the highest levels of U.S. government! Political analysts were particularly fascinated by Trump’s strategy. Since he didn’t just call for a shutdown… if Congress refused him $5 billion to build his campaign-promised wall. (Of course, during Trump’s campaign, he promised that Mexico would pay for this wall. Not American taxpayers.) Beyond that, Trump positioned himself to own that government shutdown.

Actually, I’d love to devote my entire workday to detailed aura readings of the entire quartet. But other RES responsibilities call. Not to mention the rest of my life! So I’ll compromise by researching only the Mystery Man, Vice-President Pence.

Was Pence silent due to inwardly practicing “Silent Night”? Maybe pretending that he was really in church on Christmas Day?

Aura reading isn’t mind reading. So I can’t tell either way. However, each of us carries around info galore. And anybody can read it from a regular photo. Or in person.

At least anybody can read these secrets if using an essential skill for living now, energetic literacy.

Here’s the photo I’ll use for today’s aura research.

Out of loads of other aura reading books, this one is an international bestseller. And it teaches skills that really work. Clearly you’ve learned word literacy. Definitely you can learn Stage 3 Energetic Literacy and be able to read auras from regular photos. Just as I’ll be doing in today’s blog post!

And here’s a link to a five-lesson Free Intro to Reading Auras. Online learning, on demand. Come and discover the method of Aura Reading Through All Your Senses®.

Because, silent or not, the Vice-President was physically present. And there’s a part of his aura, a chakra databank, about just that.

Pence is numbing himself. Tuning everybody out.

Which quality do I notice in particular for the Veep’s way of being present? Here’s my verbal approximation of these highly detached energies: “Let these foolish people do what they need to do. While I employ my strategy to gain power.”

Was Pence even paying attention to the drama unfolding before him? I consider this chakra databank the best way to answer that curiosity question.

Unavoidably, I must get a bit technical here. Since my research doesn’t just show that Pence’s consciousness is far, far away from paying attention to his surroundings. Or to the people around him. Or to all the cameras, broadcasting away.

Instead, I notice the unmistakable quality of an “energetic subroutine.” Basically this means that Pence’s chakra databank for Living in the Present has a habitual way of getting mixed up with another chakra databank. The one I’ll describe next.

Beforehand, though, I do want to make sure all you readers know this. Energetic subroutines are simply a form of STUFF. With these techniques of Energy Spirituality,if we’ve got problems with STUFF, that doesn’t need to be scary.

So energetic subroutines create problems for a person. But this form of STUFF is just one of dozens of distinctive ways that a person can get energetically messed up…. for a while.

Our motto in RES goes, “STUFF can always, always, always be healed.” Just yesterday I facilitated two RES sessions for clients where the Healing Centerpiece helped to move out energetic subroutines that were limiting my clients.

What if you’re curious to learn more? This website gives you a description of Vibrational Re-Positioning®, which includes an assortment of advanced techniques for removing energetic subroutines. (Find details by scrolling down to the colorful box.)

Back to this particular aura reading, seems to me that…

Understanding what’s going on with this particular energetic subroutine could be key to understanding Pence’s silence.

This chakra databank involves being given advice, or receiving energetic influence, from discarnate beings. Whether “spirit guides” with a New Age belief system. Or “astral entities” — who happen to influence many people in all walks of life and belief systems. This problem has been growing over the past five years, and is a common fact of life today. (Fortunately, instructions for related RES Energy HEALING come in this how-to book.)

Before reading further, let’s be clear. This Third Eye Chakra Databank is connected to Pence’s Root Chakra Databank for Presence in the Room… In my view, this is happiening due to a very well established energetic subroutine in Pence.

How does it work? As if: Instead of rub your upper belly, Pence automatically slaps his forehead.

Out to the moon. Over-functioning as if stretching out for trillions of miles!

Evidently Pence feels a kind of “Hush, child. Let us enfold you in peace. All this will pass. And soon you will win the big prize.”

Pence is famed for his piety. So you might expect that his Third Eye Chakra Databank about Sacred Connection stretches even larger than the previous one. (Which is about astral connection. Rather than Divine connection.)

Except oops! As regular readers of this blog know well, some of people famed for their piety aren’t really connected to the Divine. Of course, Christians who like to quote scripture ought to be expert at avoiding this form of hypocrisy, right? 😉

1/8 inch. Totally shut down, at the time of this photo.

How best to describe the utter lack of experiential interest in God? Have you ever used blackout blinds to help yourself get a good night’s sleep? They’re great for shutting out the light.

Unfortunately, that’s Mike Pence’s pattern currently. Only it applies to his authentic experience of connecting to God.

Theories can be nice! But auras don’t lie. Unless the liar is a world-class actor. Even then, most of them can’t make their auras lie convincingly.

For our final chakra databank of this aura reading, let’s open up our hymnal and turn to…

Joke! Religion is religion. Aura reading is aura reading. No need to make assumptions that any religion or belief system guarantees auric anything….

Anyway, I chose this chakra databank because so much conflict is occurring at the time of this photo. And some might consider the Vice-President’s job to take part in that conflict, defending his boss, President Trump.

1/8 inch. Totally shut down, at the time of this photo

Once again an energetic subroutine activates, impacting Pence’s subconscious mind and aura. Similar to the other one I’ve researched for you today.

Basically, astral beings soothe Pence, assuring him that all will be well. His dreams of power will be fulfilled. All he need do is stay peaceful. (Also, of course, he must be willing to follow any instructions those beings might give him.)

Erggg. Are you creeped out yet?

Back when Trump and Pence were campaigning, I created YouTube videos where I read their auras. (Click on those previous links to find ’em.)

Clearly, both had slipped into what I call “extreme spiritual addiction.” If only more people had seen that video. Had spread the word. Even better, if only more public figures and energy healers and spiritual teachers had enough energetic literacy skills to sound a warning.

Personally, I also wonder, why didn’t more people from all walks of life use their energetic literacy skills to call a spade a spade?

Imagine if good quality aura reading skills had been as common as they can be! Which means, as common as word literacy. Since reading auras isn’t that hard, once you find a teacher who can teach you to gain at least Stage 3 Energetic Literacy.

Fact is (from my perspective) in Trump and Pence, America has our first President and Vice-President ever in extreme spiritual addiction.

Formerly, this wasn’t a factor. Now it’s an avoidable problem, one related to living in this Age of Awakening. Living in it.

Sure, we’re living in it. Yet how many of us have made it our business to protect ourselves energetically. As in using really effective skills!  Because there really are some fairly simple skills we can learn in order to avoid problems that are new on the planet.

Absolutely, all of us can live “The New Strong.“ Just as all of us can gain energetic literacy, to protect ourselves and also — please! — our country.