Spiritual Earthquake Survivors. How You Can Help Others 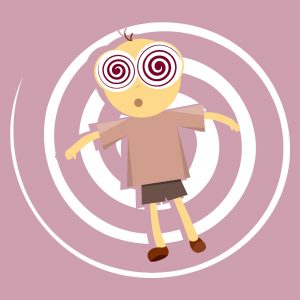 Spiritual Earthquake Survivors, you can definitely be of service to others. Read about two ways to shine your light.

Spiritual Earthquake Survivors. Did you know you’re one of them?

By now you’ve come through an energetic purification that usually happens this time of year. Only worse than usual… was this one in 2018.

Let me tell you about it from my perspective as the founder of RES. Seems to me, you’ve been through something difficult. Maybe knowing it. Maybe not.

But now? It’s time to read words of acknowledgement and encouragement.

First of All, Survivors of Which Spiritual Earthquake?

Every year, a couple of weeks at the end of the year bring spiritual expansion. Whether you attribute this to the Christmas season or whatever, it’s subtle and beautiful.  Seems to me, this opportunity to grow a bit spiritually happens worldwide.

Usually beautiful, anyway. You see, this year things were a bit trickier. More like a bit of an earthquake, the up-and-down kind of earthquake. (Did you know, earthquakes come in two varieties. The second kind goes side-to-side.)

Many RES clients have reported to me that lately they’ve gone through more ups and downs than usual. Rather than feeling a wonderful sense of peace or mellowing into their special vacation time…. Instead folks have gone from contentment to worry or even despair; then back to sweetness and light. Often many times in one day. Baffling!

Have you been going through something like this? Then please know that you’re not alone. Although your earthquake-ey ups and downs may have felt very private. Or like a weakness. Even something terribly wrong with you.

Yet I doubt that there’s anything terribly wrong with you, Blog-Buddies. Except that you happen to be living now. And now is an uncommonly challenging time.

Complicating matters, just about everybody you know has also been struggling with ups and downs. Like it or not. Know it or not. We’re one mega-billion collection of spirtual earthquake survivors.

Why Have We Become Spiritual Earthquake Survivors? Especially During a Season of Joy!

Especially confusing if it’s true that spiritual expansion arrives each year, punctually as Santa’s sleigh, but sooner. And lasting for a couple of weeks, wrapping up the year with a Divinely-blessed bow.

Then why have we suffered through such a baffling mixture of merry and miserable? What has happened to our traditional spiritual gift? To put it bluntly, in 2018 were we robbed? Instead of the usual foolproof spiritual gift… why did we get this lousy spiritual earthquake?

From my perspective, there’s an interesting reason why. When spiritual expansion becomes available to us all, which people receive that blessing?

Every single one of us. Without exception.

Although we could attribute the suffering to innumerable factors, here’s the one that this Enlightenment Coach chooses to highlight: How people are doing in their consciousness. Specifically….

How Are People Adjusting to Their New Vibrational Freedom?

You know, all about that, right? A new kind of vibrational freedom for human consciousness! Humanity’s shiny new present, all gift-wrapped under the Christmas tree.

That special delivery occurred a bit more than six years ago. With the Shift into The Age of Awakening on December 21, 2012. Bringing each human alive a new vibrational freedom, involving consciousness. And with it, an opportunity to rapidly move into spiritual Enlightenment.

Remember all the media coverage? How spiritual leaders all over the world acknowledged the biggest change on earth ever?

Surely you heard all the TV interviews. Even political pundits pausing to talk about the ramifications. Assessing how important it was for each person to learn how to use that vibrational freedom. Otherwise they’d risk falling into either spiritual addiction or spiritual shutdown.

Joke. A rather sad joke. Because there hasn’t been any official media coverage yet. Except for one little article in the little regional magazine called “Pathways.”

Billions of people ignore it. Resist their new energy sensitivity. And hunker down in spiritual shutdown.

Equally unhelpful, billions of other people are referring to it as “The Aquarian New Age.” As in, New Age — only more so. Therefore, do even more of the consults with spirit guides; work harder at your mediumship and channeling and other forms of psychic development.

Distinctly unhelpful! Since the New Age years (from 1980 until the Shift) were transitional years. Beautiful practices that may have helped you then… are now obsolete.

Pursuing psychic practices can’t help you now. Except for bringing on spiritual addiction.

Which brings us to the sorry state of things now.

Because word-of-mouth can do wonders. And the 24/7 media aren’t paying attention yet.

Now and in the future, please do what you can to educate people. As you can work it into conversations, let people know:

A self-help book called “The New Strong“ can help. It’s loaded with practical info about what really happened. Plus plenty of how-to’s that really work.

Why can’t I explain in a blog post or two the entire contents of that book? Because it takes some explaining. This topic isn’t a sound bite, folks.

Sadly, most Americans today know more about celebrities and clothing than they do about their own consciousness. If all those Instagram followers knew how to read auras from photos, they’d do quite a double take. Many of those pretty-pretty people are in extreme spiritual addiction.

Calling attention to what doesn’t work? Letting friends know that they really do have a new vibrational freedom? That’s the first way you can help people.

And here’s the second. Know that as…

Think about this: Despite going through some ups-and-downs, you’re doing humanity a great service just by being you.

Because your auric modeling has an effect on everyone you meet. Even walking down the street, having coffee in a Starbucks, or taking public transportation.

Your auric modeling reminds everybody who meets you: This is how to walk on earth as a normal human being.

Every bit of that subconscious impact is permanent. Never coercive. Beyond verbal communication (and misunderstandings).

Spiritually, how you live is the opposite of fake news. And that truth helps to shine a light.

So what if it’s a bit dark where you live right now? All the better to shine your light. Spiritual earthquake season or not, confusion time or not, spiritual light makes an ineffable statement.

Just keep on being yourself, Blog-Buddies. And know that, through your example, you are making such a difference.