Trump as Second Coming of Christ. 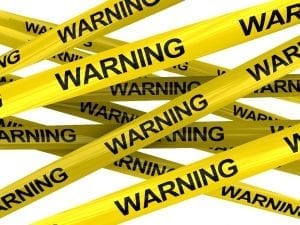 Trump as Spiritual King? Did you know that millions of Americans believe in Trump as the second coming of Christ?

Trump as Second Coming of Christ? Or earth’s Spiritual KING?

Sure, the idea may seem ludicrous, preposterous, revolting. Or to use a technical term, coo-coo.

And yet many Evangelicals now consider the Donald to be the Second Coming of Christ. More on that later in this article.

But first, aura reading to the rescue. The sanity rescue! Because energetic literacy tells us the truth about people. For instance, what’s really going on with Trump, spiritually.

First of All, WHY Trump of all people as the “Second Coming of Christ”?

His Current Auric Modeling Gives Us a Ginormous Clue

Auras change over time. Which is why I find myself in the uncomfortable position of reading this man’s aura. Again.

Not to discount my previous, detailed, aura reading YouTube video about Trump. Where I described his consciousness lifestyle of extreme spiritual addiction.

People don’t come back from that state of consciousness. But people can change within that. Recently RES Practitioner ISABELLA CATES researched the President. After she confided in me what she found, I considered it my duty to blog about this. Clearly, this sure isn’t my favorite kind of post. Still…

Of Course, I’ll Read Trump’s Aura for You Today

How else can I tell you the latest horrible development in what’s going on with him?

Before I get started this time, here’s some background on energetic literacy. If you don’t know about rigor in aura reading, the videos and text at that link may persuade you.

Also good to keep in mind? Of course, all forms of aura reading aren’t alike. Did you know that in America there’s only one trademarked system for aura reading?

Yep. That would be Aura Reading Through All Your Senses®. Click here for a free-and-easy way to get started learning the skills.

Which photo will I research? This video still. Taken from Trump’s announcement that, in his opinion, the U.S. government shutdown… could last for years.

Out to the moon. Symbolically, trillions of miles.

But something is definitely new. New in Trump’s auric modeling.

To get the picture, imagine a shiny red plastic coating all over the outside of his aura. Kind of like a MAGA hat, only without words 😉

I am your King. I am your Spiritual King.

Worship me. Because I am the Second Coming of Christ.

See my beautiful humanity as I shrug. My very humble human face. Simple expressions on my face. And very simple language, because I’m so humble of heart.

And come to me so that you will be saved.

Never have I written about this before. Simply because I haven’t encountered an Auric Overlay before. But this is a new development in extreme spiritual addiction.

Sigh! Year after year, since 2012 especially, I’ve tracked new kinds of STUFF people get. Energetic garbage stuck in our auras. Astral debris that isn’t just in our auras but, in the language of psychology, impacting our subconscious minds.

In previous years, some of the new challenges facing human beings include:

And plenty of other RES Energy HEALING Centerpieces. You’ll find out about them during sessions. (Not at this blog.) Find out on a need-to-know basis, because you’re getting help from an RES expert.

This is different. This new kind of astral garbage is impacting a political leader.

Don’t trust any one of these. Untrustworthy things, they’re somewhat similar to Personality Projections, which we discussed recently.

Basically, some people have a talent for sending out Personality Projections. Convincing exaggerations or outright lies, akin to “wolf in sheep’s clothing.”

This kind of talent isn’t good to use, but some use it anyway. And then it dominates that person’s auric modeling. Simply put, auric modeling means the first impressions people give off.

They’re the most easily fooled. Auric modeling leads these inaccurate aura readers to believe in the fakey-fake illusion of a Personality Projection.

Total gullibility often co-exists with “I have such a beautiful feeling.” Erggg. Feelings matter, of course, but not when lack of skill makes that person gullible.

And this is so unnecessary. Any of you who have word literacy and can read this article… Of course you can learn energetic literacy. I can be your teacher or find a teacher you like better.

Consumer Tip: What’s one way you can tell which aura reading teachers have full energetic literacy? Can that person read chakra databanks?

So far, not too many spiritual teachers or aura readers can do that yet. Apparently. For instance, see who comes up on this Google search on “chakra databanks.” Not so many links there yet. And if you open up all those links on that search, here’s a question. Who can actually read chakra databanks? Or is that person commenting on somebody else’s aura readings? (Really. Seriously.)

If You Can Read Auras Accurately, It Takes a Lot of Experience to Find an Auric Overlay

So far, I haven’t read anything elsewhere about Auric Overlays. But perhaps others have found this and just called it something different. If you do find anything like this, Blog-Buddies, please comment below. Leave a link!

Anyway, like Auric Modeling, an Auric Overlay sends forth a powerful subconscious message. Only these Auric Overlays don’t appear due to a person’s free will choice to lean into a Personality Projection.

Nope! Instead, Auric Overlays only happen to people in extreme spiritual addiction. In this case, discarnate beings — spirits — run the human. So they’re the ones making the choice to send out a big, fat lie.

In a way, it’s surprising that it took so long for entities involved in these shenanigans to figure it out. All they need do is figure out what’s a really big deal in collective consciousness. And then sculpt an Auric Overlay to take advantage of people’s expectations.

Are You Expecting a Messiah to Save You?

Good luck with that!

I’m don’t wait around for that. Rather, I believe that each person living now, in The Age of Awakening, has the ability to experience God directly. Not requiring any priest, rabbi, imam, minister, or guru. Instead:

We can learn how to co-create with God.

All that means God in us. If you’re going to believe in a Second Coming of Christ, might I recommend? Consider that to be it.

Since each of us living now can be so connected to God. And not by citing scripture.

Completely opposite to that, let’s explore one more chunk of energetic literacy about…

Doesn’t it seem as though a real spiritual leader would be connected beautifully to God.

Well, that’s one of the ways we can use Stage 3 Energetic Literacy to research a political leader who has said in public that he would like to be king for life.

Any Further Commentary Needed about Trump as the “Second Coming of Christ”?

Just one topic, I think. Did you know that many Evangelicals, at this point, don’t just want Trump so that he can further the “religious agenda” of banning legal abortion?

By now, many are convinced that he is the Second Coming of Christ. Here are some articles, among many, that you can find.

So Let’s Research One of those Evangelical Leaders

The third article in this list leads off with a photo of President Trump and Jerry Falwell, Jr. Let’s research the famous televangelist’s somewhat less famous son. The Junior version of Jerry Falwell.

How is the minister doing in his own connection to the Divine? What will the no-lies version of him, Falwell’s aura, tell us about his spiritual bona fides?

“I’m the King. My father, Jerry Falwell, was like Jesus on earth. Now that he’s gone, I’m the King.”