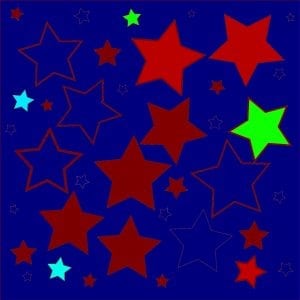 Javier Bardem Aura Reading will explore a curiosity question that strikes me as hilarious. How come this good-looking movie star is so good at playing villains?

If we didn’t have aura reading to help us we might be reduced to guessing. Such as:

Other than making up theories like these, hmmm. How else to answer our prize-winning Curiosity Question? Maybe we’d turn to sociology. Perhaps write a Ph.D. thesis o,n “Relationship between traditional machismo and questionable ethics. Statistical exploration of popularity variations in movie ticket revenue. Emphasizing female demographics. Predictable patterns revealed in box office statistics for Javier Bardem.”

But no, we’ve got something way cooler. Because auras reveal so much about a person’s who-you-be.

Being quite experienced at energetic literacy skills, I know exactly how to approach this topic. And I’m pretty sure that it’s going to be very revealing.

Why did ANNA PATRICIA win this first of three prizes? Because she asked an excellent question in her Comments 114-116. (Over at our Curiosity Questions Contest.)

First of all, she cited a face reading article I wrote on this actor. (He co-starred in this article along with Jeffrey Dean Morgan). Thanks, ANNA!

Next, ANNA PATRICIA made several interesting observations. Including this:

You mentioned that Javier Bardem plays villians mostly. Is there anything about him/his aura that would make him particularly good at playing villains?

What do you think, Blog-Buddies? Let’s put on our Sherlock caps and explore.

Here’s the photo I’ll use for today’s aura reading.

Incidentally, you do know that every photo is an aura photo. At least, that’s true once you’ve gained energetic literacy. And also, you do understand that there’s a world of difference between psychic readings and what I do here, correct? That’s important.

Speaking of technical cool things about reading auras, what else, before we get going….

Ready to Learn Something Funny?

Perhaps you know, this is Workshop Announcement Week at my website. Beginning with the release of my newsletter. (Aiming now for Friday. Around here, it has been a very busy week. Despite all the snow.)

Well, ANNA PATRICIA has inspired me to include Javier Bardem in the second workshop. (That will make sense when you learn the title. Which workshop will be #2 of 5? Ooh, learning suspense.)

So extra thanks, ANNA. You’re the first winner of an Energy Spirituality contest to inspire part of an in-person workshop!

Incidentally, speaking of movie villains, do all of you know about this fun resource? My annual Aura Reading Movie Reviews!  Here’s a link to hundreds of these Read People Deeper explorations. Scour that list for roles of charming scammers, if that’s to your liking!

And yes, 2019, might be the year that YOU learn aura reading. So much easier to learn from my online workshops than any other way! (Get your feet wet with this five-lesson freebie.)

Just think, this year you could become confident enough reading auras… Confident and skilled enough to write your own aura reading guest post… like one coming up later this week.

Why did I choose this chakra databank to answer ANNA’s curiosity question? Because every person — actors included — lives in a unique version of reality. What’s his like?

Yes, today I’ll include this. Usually I don’t. However, I want to point out the gap between Javier’s potential and how he’s doing. Specifically, how he’s doing at the time of our aura reading photo. When was this one dated? Last year, when the actor was 49. Which means he’s made a lot of choices. Bringing consequences that shape his ever-changing aura.

Fascinated by the sensual beauty of life. Both people and nature, material possessions, food.. you name it.

Surprisingly brittle. By this time in the actor’s life, he relates to physical objects as if they props. Cheap props. Convenient things that he might use effectively in a scene. Adjuncts to his so-important public persona.

Instead, physical life around him is more like an ego accessory. By now, anyway.

So yes, using people and things as props that help Javier to get what he wants? A habit — well established in him by age 49 — could help the man to play villains, right?

Why did I choose this chakra databank to answer ANNA’s curiosity question? Because the relationship to one’s own body is always revealing. Even helping people to act like pretend baddies (or real ones).

Maybe we’re not used to thinking how famous sex symbols pay the price for that. But thanks to insights from energetic literacy, maybe we could…

Consequences show up in this chakra databank. More than with other parts of one’s aura! Basically mistreating our physical health can come back to bite us.

It isn’t clear to me which ways Javier Bardem has challenged his physical system. However, it’s evident that he’s placed too many demands upon it. Has it been alcohol? Drugs? Way too much sexual activity?

Any of this has improved the actor’s ability to play villains. Meaning, to play people who make questionable choices in life. People who learn from making mistakes, until suffering shows plainly in their auras. As his has.

What I can tell you is this. To Bardem at the time of this picture, his body is a thing. Like a commodity. (After all, he is a star.) And he’s quite disappointed in his body’s inability to keep up. Really! To keep up with all the demands that body’s owner makes upon it.

Why did I choose this chakra databank to answer ANNA’s curiosity question? Considering how sexy and attractive this man is supposed to be, of course that would matter.  For instance, when playing the role of a seductive artist.

I may as well admit this right here, Blog-Buddies… Personally I don’t consider this man to be either handsome or attractive. (Feel free to ask why in the COMMENTS section below. And definitely consider yourself invited to share whether you find the photo we’re using here… Shows a man you’d consider handsome.)

Hint: Here’s a photo of Javier Bardem when making his debut in American movies. Was he handsome even then, by your standards? Or more like a sexy young man?

Significant talent for sex appeal. Without having to do a thing, he interests people sexually.

Although he’s got sex appeal talent, and depends upon it while in public, what then? Seems to me, he’s torn in two directions. Enjoying the effect he has on lovers. And also repulsed by how he can’t stop enjoying that effect he has.

Too much sex. That’s another way to put it. And, if I’m accurate about this, wouldn’t that whole combo of talent and over-emphasizing sex in his lifestyle, create problems?

Problems that the actor could, however, draw upon, to play villains who are seductive and sexually confident .

Why did I choose this final chakra databank for today’s blog post? Criticism is hard for anyone to take. But nobody risks more, through public criticism, than famous people. Especially celebs who’ve been famous for a very long time. And Javier Bardem started acting professionally at age six.

According to Wikipedia, “Bardem comes from a long line of filmmakers and actors dating back to the earliest days of Spanish cinema; he is a grandson of actors Rafael Bardem and Matilde Muñoz Sampedro, and a nephew of screenwriter and director Juan Antonio Bardem. Both his older brother and sister, Carlos and Mónica, are actors.”

Talk about fame pressure! And also pressure to always look good in public.

An inner nobility of character can help this actor to view his public role as a form of service. Given that, criticism is just part of the price he pays for that life of public service.

Of course, Blog-Buddies, gifts of the soul are lifelong. But they’re purely potential. Only in Enlightenment does a person effortlessly and naturally, use all gifts of the soul. Before then? Free will choices make the difference.

7 inches. Quite close to shut-down.

Evidently Javier Bardem needs to insulate himself against criticism. At the time of this photo, his sense of superiority and personal greatness dominate in many of his chakra databanks. Including this one.

Since life is all about him and his somewhat exaggerated sense of self-perfection, ouch! How criticism could sting.

Based on the quality of this chakra databank, I’d expect Bardem to protect himself against criticism in two ways:

Overall, what makes the biggest impression on you from today’s aura reading?

For me, researching these four chakra databanks leaves this vivid impression: To me, Javier Bardem seems inwardly lost and confused.

Who is he really? How important is his screen persona? And how can he feed his insatiable craving for fame?

To put all this another way, personal suffering is a signature quality of his aura.

Making questionable choices, then suffering as a result. Aurically, that shows, of course. So yes, it makes sense to me that this actor can play villains effectively.

What’s most interesting to think about in this context? Physically handsome or not, when somebody acts as a villain… That person’s aura turns ugly.

Newsletter Announces Your Workshops for 2019
Attractiveness, Sexiness. Why You Like Someone’s Looks